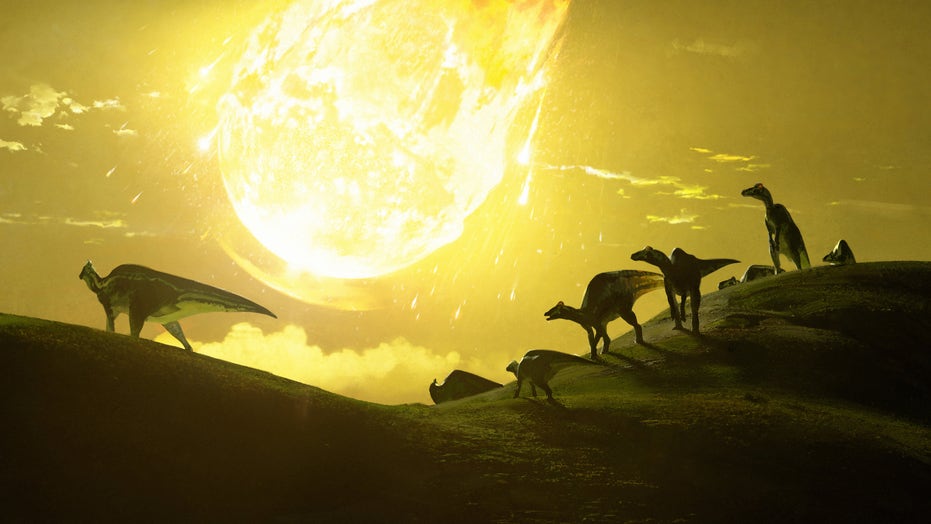 The gigantic asteroid that killed off the dinosaurs slammed into Earth at the "deadliest possible angle," new research claims.

New simulations performed by British scientists show that the asteroid, believed to have been larger than Mount Everest, hit Earth at an angle of about 60 degrees, which maximized the amount of climate-changing gases that were thrust into the upper atmosphere.

The collision likely unleashed billions of tons of sulphur, blocking out the sun and triggering the nuclear winter that killed the dinosaurs and 75 percent of all life on our planet 66 million years ago, scientists say.

"For the dinosaurs, the worst-case scenario is exactly what happened. The asteroid strike unleashed an incredible amount of climate-changing gases into the atmosphere, triggering a chain of events that led to the extinction of the dinosaurs. This was likely worsened by the fact that it struck at one of the deadliest possible angles," lead researcher Gareth Collins, of Imperial College London's Department of Earth Science and Engineering, said in a statement.

Previous studies have reportedly suggested the huge rock slammed into Mexico's Yucatan Peninsula at 30 degrees, while other studies have claimed it crashed almost straight down at 90 degrees.

Researchers believe if the asteroid's approach been shallower or steeper its devastation would have been less widespread.

RARE WHALE WITH SPIKY TEETH WASHES UP AT CALIFORNIA BEACH

"Our simulations provide compelling evidence that the asteroid struck at a steep angle, perhaps 60 degrees above the horizon, and approached its target from the northeast," Collins said. "We know that this was among the worst-case scenarios for the lethality on impact, because it put more hazardous debris into the upper atmosphere and scattered it everywhere -- the very thing that led to a nuclear winter."

The blast left a massive 120-mile-wide crater, vaporizing everything in its path and sending pushing plumes of sulphur and carbon dioxide into the prehistoric skies.

Everything within hundreds of miles was incinerated in minutes, according to scientists.

The results of the study were published Tuesday in Nature Communications.