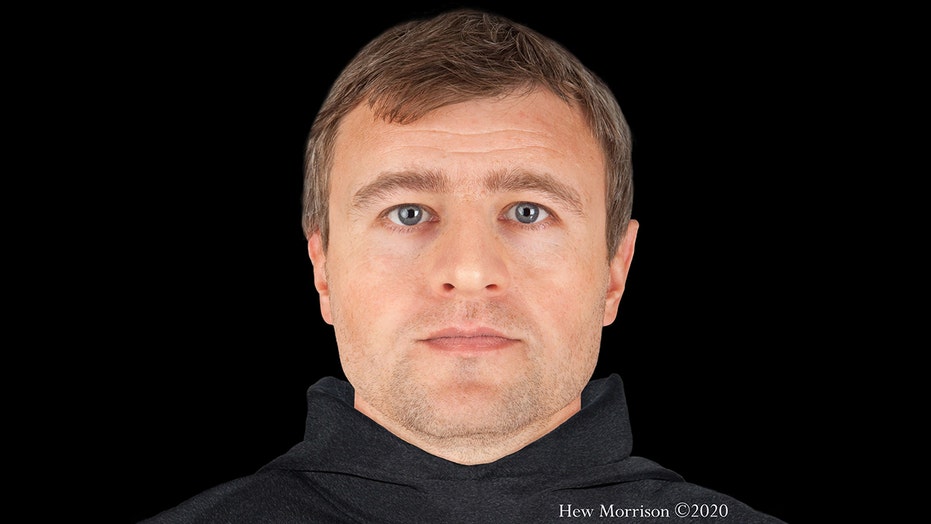 Mysterious 'witches marks' discovered in an ancient cave in Creswell Crags, England and the discovery highlights the importance of the Crags for researchers in England.

Experts in the U.K. have reconstructed the face of a priest who died 900 years ago.

The priest’s skeleton was discovered at Lincoln Cathedral in England earlier this year. Analysis of the remains revealed that he was just under 5 feet 7 inches tall and between the ages of 35 and 45 when he died, but was most likely in his late 30s, according to Lincoln Cathedral.

A pewter chalice and paten, or plate used to hold Eucharistic bread, were buried with the man, reflecting his role as a priest. Similar objects have been dated back to the 12th and 13th centuries.

Archaeological consultancy Allen Archaeology was involved in the excavation of the remains and also worked with forensic artist Hew Morrison to build a reconstruction of the priest’s face. “The outcome looks like a real-life photo; enabling the people of Lincoln and Lincolnshire to come face to face with the medieval priest,” explained Lincoln Cathedral, in a statement.

Without the availability of DNA testing, the priest’s hair and eye color are still unknown. Features of his skull, such as his close-set eyes and slightly asymmetrical chin have been used in the reconstruction. Morrison told Fox News that the man's lip size, and the height and width of his mouth were accurately recreated by measuring the enamel of the skeleton's teeth.

A bone report gave no indication that the priest suffered from disease or injury during his life. “The degeneration of the discs of his lower spine show that the priest was involved in some level of physical activity, and are within the changes that would be expected to have occurred with age,” said Lincoln Cathedral, in its statement. “His remains suggest that he was apparently well nourished and had a relatively risk-free lifestyle.”

Construction on Lincoln Cathedral began in 1072 and it was consecrated in 1092. One of England’s famed Gothic cathedrals, it was also the tallest building in the world for 1311 when its Central Tower was replaced with a new tower and spire. The cathedral held the title for 238 years.

This is not the first time that facial reconstruction has been used to provide a fascinating glimpse into the past. In 2018, in another project, experts used 3D technology to reconstruct the face of an 18th-century "witch."

Lilias Adie, from the village of Torryburn in Eastern Scotland, died in prison in 1704 after she had “confessed” to being a witch and having sex with the devil, according to the University of Dundee, which worked on the reconstruction project.

In 2013, facial reconstruction was used to reveal the face of England’s long-lost King Richard III.