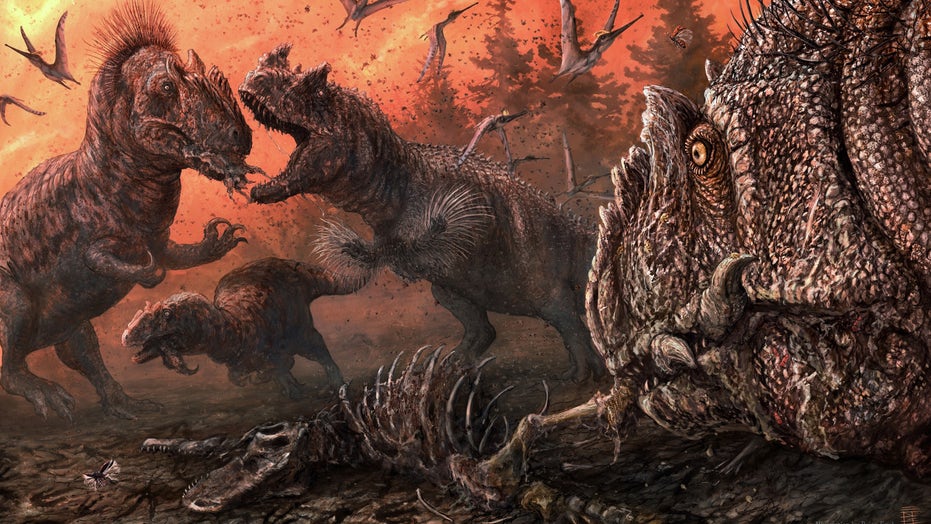 Some dinosaurs that were facing a resource-scarce environment in present-day Colorado resorted to scavenging and possibly cannibalism, a new study showed.

According to a study published Wednesday in the journal PLOS ONE, tooth marks on fossil bones revealed the ancient beasts' eating habits, which possibly included one type of dinosaur turning to its own kind for food.

Stephanie Drumheller, who works in the paleontology department at the University of Tennessee, Knoxville, and her colleagues found that nearly 29 percent of 2,368 examined bones from the Mygatt-Moore Quarry of Colorado, which dates back to about 150 million years ago, bore the bites of theropod dinosaurs.

The authors believe that the bulk of the bites were likely made by the large predator Allosaurus, the most common theropod found in the quarry, based on the damage left by the serrated edges of the dinosaurs' teeth.

“Big theropods like Allosaurus probably weren’t particularly picky eaters, especially if their environments were already strapped for resources. Scavenging and even cannibalism were definitely on the table," Drumheller explained in a statement.

According to the researchers' work, about 17 percent were bites that theropods had made on the bones of other theropods, and approximately half of those bites targeted less nutritious body parts, which suggests the action of scavengers who arrived after the best bits had decomposed or been eaten by earlier carnivores.

TURTLE STRIKES CAR IN GEORGIA, GETS LODGED IN WINDSHIELD

Since many of the presumed Allosaurus bites were found on the bones of other Allosaurus dinosaurs, they could represent evidence of dinosaur cannibalism, researchers said.

The high incidence of scavenging could be the result of a stressed ecosystem whose large predators suffered from a scarcity of food, according to the study.