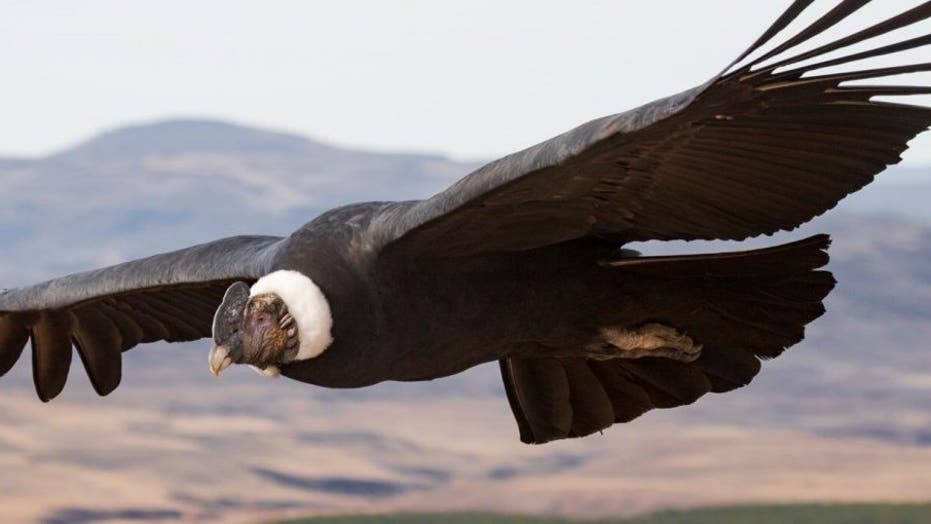 A newly published study notes that Andean condors are able to fly more than 100 miles without flapping their wings once.

The research, published in Proceedings of the National Academy of Sciences, notes the birds, which can weigh more than 30 pounds, are extremely efficient at using their pre-flight and initial flapping when they first start flying. Once they reach the height they wish to, it's relatively stress-free.

The Andean condor actually flaps its wings for one per cent of its flight time. (Credit: Facundo Vital)

“Watching birds from kites to eagles fly, you might wonder if they ever flap," the study's lead author, Dr. Hannah Williams, of the Max Planck Institute for Animal Behavior, said in a statement. “This question is important, because by the time birds are as big as condors, theory tells us they are dependent on soaring to get around. Our results revealed the amount the birds flapped didn’t change substantially with the weather."

“This suggests that decisions about when and where to land are crucial, as not only do condors need to be able to take off again, but unnecessary landings will add significantly to their overall flight costs," Williams added.

The researchers analyzed data from when the birds started traveling until they reached soaring height and found that nearly 75 percent of flapping by condors is done during the initial takeoff.

“This is a critical time as birds need to find rising air to avoid an unplanned landing," study co-author, Dr. Sergio Lambertucci added. "These risks are higher when moving between thermal updrafts. This is a nice example of where the behavior of the birds can provide insight into the behavior of the air.”

Andean condors are more than 4 feet in length when fully grown, and have exceptionally long life spans, reaching up to 75 years in captivity, according to National Geographic. Their diet consists of large animals, both wild and domestic, and they have been known to feed on the eggs of other birds.