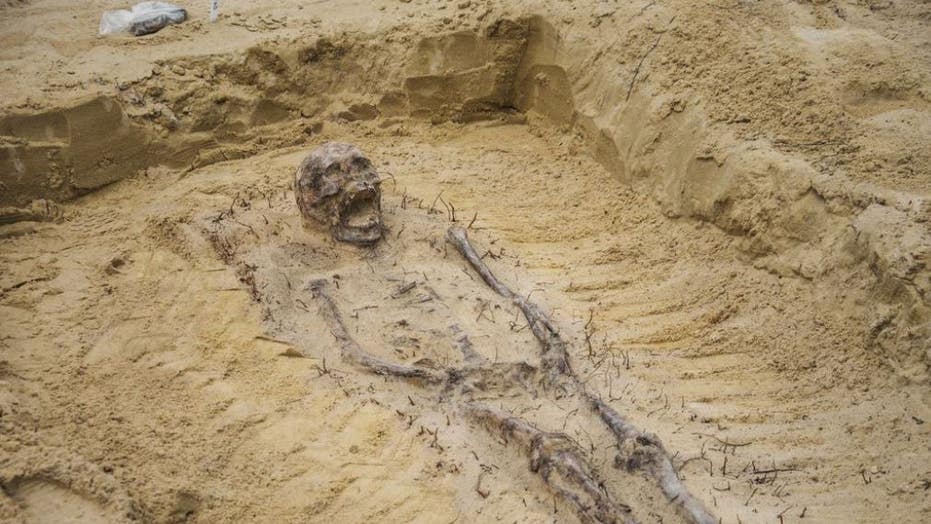 Archaeologists in Poland uncovered the remains of more than 100 children, some with coins in their mouths, in a mass grave.

Researchers found 115 bodies after construction workers discovered human bones during work on a roadway in Jeżowe, near the town of Nisko in the Podkarpackie province, according to a report.

“It's certainly a sign of their beliefs. The coins are called obols of the dead or Charon’s obol. It is an old, pre-Christian tradition," Katarzyna Oleszek, an archaeologist working at the site, told First News. "But it's been cultivated for a long time, even as late as the 19th century, it was practiced by Pope Pius IX.”

The bodies found in Jeżowe, however, date to the late 1500s to early 1600s, according to the report.

Charon’s obol is a term for a coin, typically placed in the mouth of a dead person before burial. According to the ancient tradition, the coins were seen as payment for Charon, who took souls across the river dividing the world of the living from the world of the dead.

“The arrangement of the skeletons, the state of their preservation, shows that the discovery is a Catholic church cemetery, which was certainly taken care of. No grave is damaged by another. The inhabitants knew exactly where they had graves and took care of them,” Oleszek said.

After the skeletal remains are exhumed and studied by anthropologists, they'll be returned to the local church for burial.