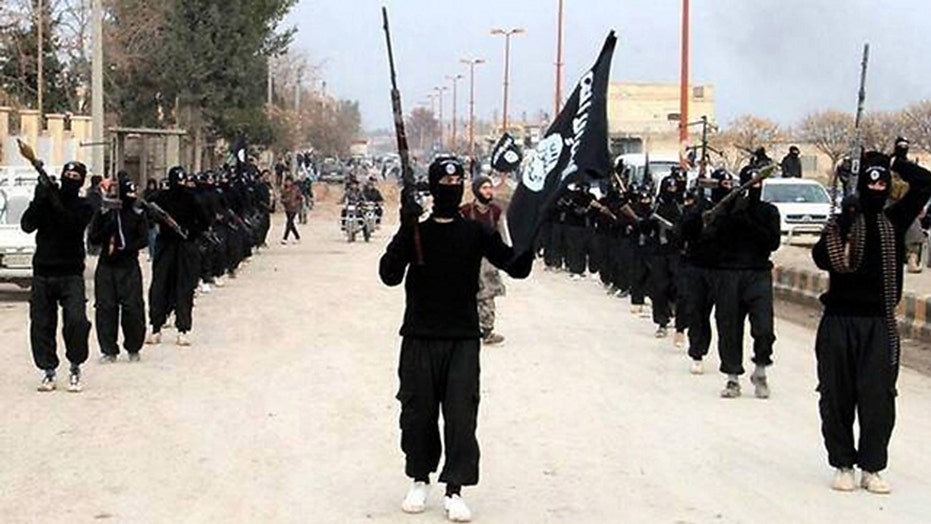 While the proposal is not finalized, it is already drawing outrage among some Iraqis who have taken the lead in the fight against ISIS, a defeat which the new president has said is also his top foreign policy goal.

“Iraqis are the largest victims of terrorism and now we are paying double the price,” one high-ranking general in the Iraqi Army, who requested anonymity as he is not authorized to speak to the media, told Fox News. “This has caused massive disappointment in the hearts of every Iraqi who is fighting radicalism.”

Another Iraqi with close ties to the Iraqi Forces Intelligence community said the proposed ban symbolically sends a message that “their lives are cheap.” Others conveyed fear given that they have been waiting in-line for resettlement for years – their lives under militia threat for their American associations – only to now be told that they may not make it out.

“We invaded Iraq and displaced people. We have since relied on Iraqis as partners to fight against ISIS. If we don’t want to deploy thousands of troops to fight these terrorist groups, then we rely on partners in Iraq and elsewhere,” Clinton Watts, a fellow in the Foreign Policy Research Institute’s Program on the Middle East, said. “This policy sends a very negative message to countries where we will need indigenous support from translators and peacekeepers.”

Trump has said a ban would prevent would-be terrorists from infiltrating the country by posing as refugees. According to a draft of the executive order, refugees from conflict-laden Syria will be indefinitely banned, the wider U.S refugee admissions program will be halted for 120 days, and all visa applications from the countries battling terrorists — Iraq, Syria, Iran, Sudan, Libya, Somalia and Yemen — will be paused for 30 days.

While the Obama administration had intended for more than 100,000 refugees to be resettled overall this year, the Trump administration wants to cut the acceptance rate by half.

Several Iraqis expressed upset that the purported ban targets them but does not include other largely Muslim nations such as Qatar, Saudi Arabia, Egypt, Turkey and Pakistan that many have accused of exporting, supporting or financing jihadism dating back to September 11.

“We are confused by the foreign policy. We see the human rights abuses and the religious extremism in the Gulf that threatens us and the world, but the U.S has not interfered there,” the general said.

The two largest terror attacks on U.S soil in recent years were carried out by U.S citizens with connections to countries not included on the draft prohibited list. Syed Rizwan Farook, who was born to Pakistani immigrants, and his wife Tashfeen Malik – a Pakistani national that had lived in Saudi Arabia where he also visited – killed 14 people in San Bernardino, California on December 2, 2015. Last June, Afghan-American Omar Mateen – who also traveled to Saudi Arabia – murdered 49 people at Pulse Nightclub in Orlando, Florida.

Iraqis emphasized that the draft ban, as well as comments the president made to the CIA on Saturday suggesting that the U.S should seize Iraq’s oil for reimbursement money, could not have come at a worse time as Iraqi and coalition forces attempt to liberate Mosul in an increasingly bloody battle.

Prime Minister Haider al-Abadi was forced to vehemently reassure the public this week that the oil is “the property of the Iraqis.” Aside from perpetrating distrust and division, some claim that the president’s remarks could even endanger U.S troops on the ground.

“One of al Qaeda’s core tenants for attacking the U.S. was that the West was only interested in the oil,” Watts noted. “These statements made by Trump echo and confirm al Qaeda and other terrorist groups’ narratives. It amplifies a wedge in a region where we need allies.”

Kirk W. Johnson, a former USAID coordinator and author of “To Be a Friend is Fatal” stressed that the order would indeed harm crucial local interpreters and other necessary workers who continue to suffer simply for helping the U.S.

“This is not only a betrayal of Iraqis who have risked their lives, it is a betrayal of the men and women who depend of them,” he said. “It will certainly deal a massive blow to their ability to recruit interpreters in any future conflicts.”

A spokesperson for Operation Inherent Resolve, the operation trying to eliminate ISIS, did not respond to a request for comment.

However, Trump’s intention to enforce the immigration ban – a long-held campaign promise – has also been met with a nod of approval by others.

“For the safety of the U.S people, this is needed,” said Adnan Barwari, an Erbil-based Kurdish business owner and former interpreter for the U.S during the Iraq War. “There are many extremists mixed in with refugees.”

TRUMP EXPECTED TO SIGN DIRECTIVE HALTING REFUGEE FLOWS TO US

Anbar-based military journalist Saad Al Jughaify said that it is the “right of every state to protect its borders,” and that if he was U.S president he would similarly pull the plug on newcomers from his own country.

Ayman Abdel Nour, president of Syrian Christians for Peace and a prominent activist for all Syrians fleeing conflict, said that he understands the security concerns, which are also shared by many in the community.

“The president needs some time so his people can double check who is coming in,” Nour noted. “If the ban isn’t reactivated, that would be bad. But for now, it is temporary.”

He pointed out that Trump’s team already has wheels-in-motion to establish safe zones in Syria, a move he says will be far more beneficial to civilians than refugee resettlement in a faraway land.

“Safe zones should have been set up long ago. This was one of the weaknesses of the Obama administration,” Nour said. “President Trump is not biased against Muslims; he wants to help people in a different way.”

Steven Nabil contributed to this report.