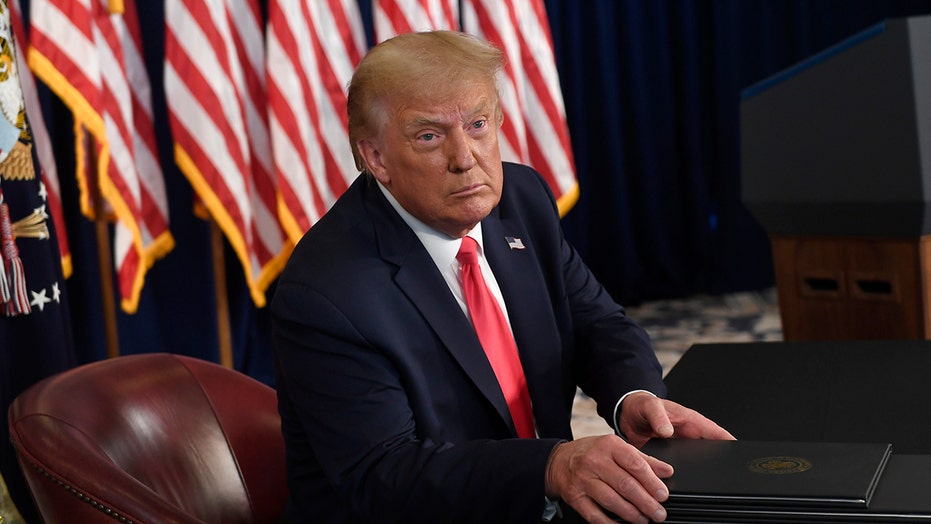 President Trump takes action after failed attempts by Congress to strike a bipartisan deal on a coronavirus stimulus extension; analysis from Mattie Duppler, senior fellow at the National Taxpayers Union.

President Trump said Senate Minority Leader Chuck Schumer and House Speaker Nancy Pelosi "want to meet to make a deal" on the fourth coronavirus stimulus package, after negotiations between congressional lawmakers and the White House reached a stalemate over the weekend.

"So now Schumer and Pelosi want to meet to make a deal," the president tweeted Monday. "Amazing how it all works, isn't it."

"Where have they been for the last 4 weeks when they were 'hardliners', and only wanted BAILOUT MONEY for Democrat run states and cities that are failing badly?" Trump continued, adding, "They know my phone number!"

The president’s tweet comes after he signed four executive actions over the weekend to provide Americans financial relief from the ongoing pandemic, after Republicans and Democrats on Capitol Hill failed to reach an agreement on what to include in the fourth stimulus package.

The executive actions included $400 per week in supplemental unemployment aid — a replacement of the program passed under the CARES Act earlier this year that gave unemployed people $600 a week extra until the federal program expired at the end of July.

The action would require states to pay for 25 percent of the $400 weekly benefit, while the federal government would pick up 75 percent.

The $400 payment to unemployed Americans came as Republicans on Capitol Hill argued that the initial unemployment insurance program disincentivized Americans to get back to work, with many collecting more money unemployed than employed. Republicans pushed for the program to be reduced to $200 per week, while Democrats argued the program should be renewed at the original $600 a week.

The president also signed executive actions that would encourage federal efforts to help renters and homeowners avoid eviction or foreclosure for failing to make their monthly payments; defer the payroll tax from Sept. 1 to Dec. 31, 2020, for employees making $100,000 or less a year; and suspend federal student loan payments and set interest rates to 0% through Dec. 31, 2020 — the current student loan relief program was set to expire on Sept. 30.

But Schumer, D-N.Y., on Monday called the executive orders "laughable," telling MSNBC’s "Morning Joe" that the administration has "no respect for the American people."

Schumer went on to claim that White House chief of staff Mark Meadows is to blame for a lack of a deal on the fourth package.

“We came up with a strong plan, but we even were willing because we so much want to get this done,” Schumer said. “We said to the president, to the president's negotiators last week, we'll meet you in the middle. We'll cut a trillion. You raise a trillion. You know what they said? Absolutely not. I said to them, you mean it's your way or the highway? And they said, yep.”

Meanwhile, Pelosi, D-Calif., over the weekend slammed the president’s executive actions as an “illusion” and an “unconstitutional slop.”

"While it has the illusion of saying we're going to have a moratorium on evictions, it says I'm gonna ask the folks in charge to study if that's feasible. While he says he's going to do the payroll tax, what he's doing is undermining Social Security and Medicare, so these are illusions," Pelosi said.

She later added that Trump's orders "don't give the money in enhanced benefits, but puts a complicated formula there which will take a while, if at all, to accomplish to put money in the pockets of the American people.”

Talks had been stuck for weeks, with Democrats demanding more than $3 trillion in the relief bill while Republicans struggled to eventually coalesce around a $1 trillion proposal. Pelosi on Thursday proposed the parties each give $1 trillion and pass a $2 trillion proposal, but Treasury Secretary Steven Mnuchin said on Friday the idea was a "non-starter." 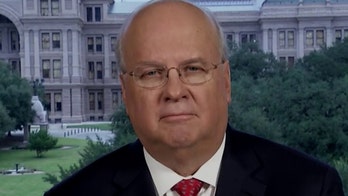 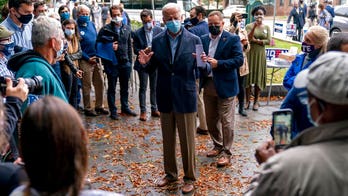