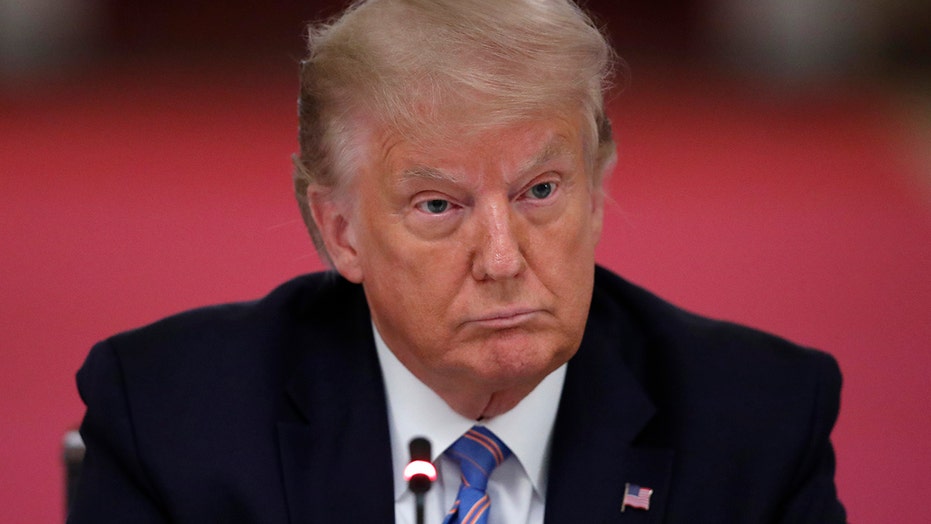 The president pushes for a full reopening of schools in the fall; Kristin Fisher reports from the White House.

President Trump on Friday slammed “virtual learning,” claiming it has “proven to be terrible,” amid his push to reopen schools across the nation this fall. He suggested federal funding for schools could be cut if they plan to keep students home due to coronavirus closures.

“Now that we have witnessed it on a large scale basis, and firsthand, Virtual Learning has proven to be TERRIBLE compared to School, or on Campus, Learning,” Trump tweeted early Friday. “Not even close! Schools must open in the Fall.”

TRUMP, IN PUSH TO REOPEN SCHOOLS AMID CORONAVIRUS, VOWS 'PRESSURE' ON GOVERNORS

He added: “If not open, why would the Federal Government give Funding? It won’t!!”

The president this week has repeatedly threatened to cut federal funding for school districts should they remain closed during the fall due to surges in positive cases of the novel coronavirus in states across the country. The president this week also vowed to put “pressure” on governors to ensure that schools reopen.

White House press secretary Kayleigh McEnany on Thursday defended the president’s remarks, saying that Trump “wants to increase funding” in the fourth coronavirus relief package being negotiated between the White House and lawmakers on Capitol Hill.

“The president will always stand up to teachers unions who want to keep schools closed,” she said, while underscoring that any federal educational funding “should be there for the children who are going to school.”

“Keeping schools closed down is an untenable prospect,” McEnany said.

The president has been pushing for schools to reopen in the fall, repeatedly noting the American Academy of Pediatrics’ (AAP) warnings on the mental and intellectual consequences of distance learning. 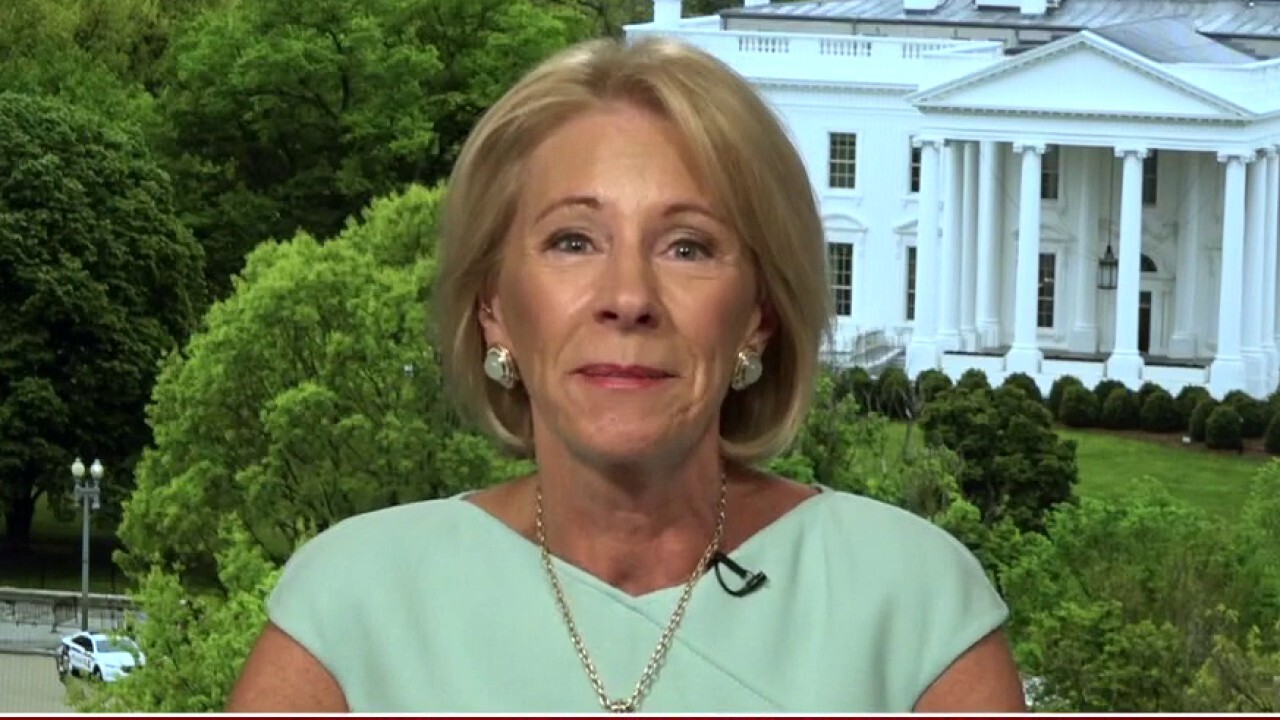 “All policy considerations for the coming school year should start with a goal of having students physically present in school,” the AAP has publicly said.

At an event Tuesday with experts to discuss schools reopening, Trump said that he would “very much put pressure” on governors to allow in-person learning this fall.

“We don't want people to make political statements or do it for political reasons, they think it's gonna be good for them politically, so they keep the schools closed, no way,” Trump said. “So, we are very much going to put pressure on governors and everybody else to open the schools.”

As for virtual learning, some states and cities, like New York City, have begun rolling out their back-to-school proposals for the 2020-2021 school year, which would include "blended" learning. Should the plan be approved for New York City, students will be in the classroom no more than three days a week for in-person learning, and would be at home for the remainder of the week for remote-learning.

Meanwhile, Centers for Disease Control and Prevention Director Robert Redfield has vowed to work with every school district in the nation to ensure a safe reopening, while providing guidelines, which he says are “non-prescriptive,” and flexible for all schools.

The CDC this week has repeatedly said they never recommended schools close in their initial coronavirus guidelines and recommendations released at the beginning of the pandemic.

And Education Secretary Betsy DeVos vowed to "provide help and assistance" to all schools in all states across the country.

"We need to move ahead, let's figure out how its gonna be done safely," she said on "America's Newsroom Thursday, adding, "It's not a matter of if, but how."