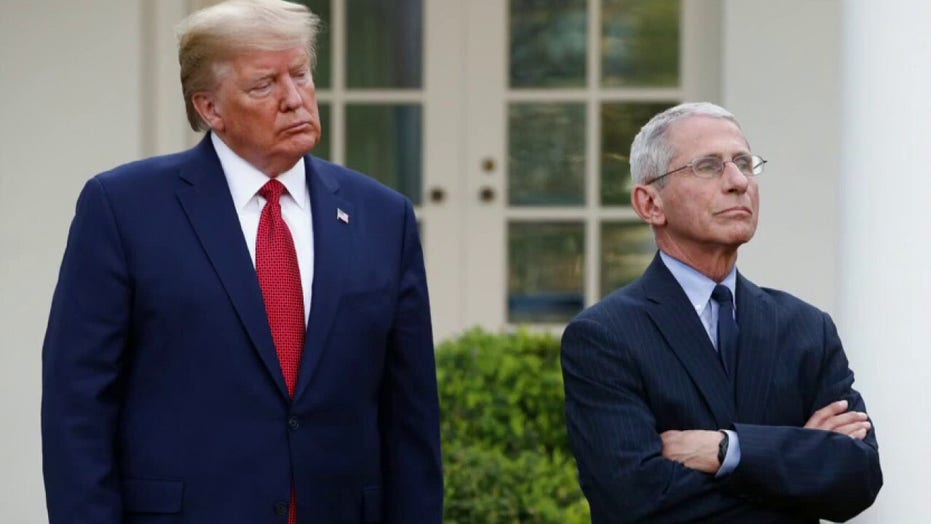 President Trump says mortality from the coronavirus is down, as Dr. Fauci calls the death rate a ‘false narrative;’ Kristin Fisher reports on the latest.

President Trump said Wednesday that he has a “very good relationship” with Dr. Anthony Fauci, just hours after White House trade adviser Peter Navarro published a blistering op-ed criticizing the director of the National Institute of Allergy and Infectious Diseases for his projections on the coronavirus pandemic.

“I get along very well with Dr. Fauci,” Trump told reporters Wednesday in the Oval Office. “I have a very good relationship with Dr. Fauci.”

TRADE ADVISER PETER NAVARRO TEARS INTO FAUCI: 'HE'S BEEN WRONG ABOUT EVERYTHING'

His comments came after Navarro tore into Fauci in a stunning op-ed published by USA Today.

“Dr. Anthony Fauci has a good bedside manner with the public, but he has been wrong about everything I have interacted with him on,” Navarro wrote.

He continued: “When I warned in late January in a memo of a possibly deadly pandemic, the director of the National Institute of Allergy and Infectious Diseases was telling our news media not to worry.”

Further, he wrote that in February, “Fauci was telling the public the China virus was low risk.” Navarro went on to complain Fauci was “flip-flopping on the use of masks.”

Navarro’s comments come as tensions have been bubbling between the White House and Fauci. Officials have reportedly been concerned about the number of times Fauci has “been wrong on things,” according to a report last week.

She said Trump “values the expertise of the medical professionals advising his Administration.”