A top Pennsylvania Democrat slammed a Lancaster judge for setting the bail of several protesters arrested during demonstrations over a fatal police shooting of a man with a knife at $1 million each, lambasting the decision as "blatantly unconstitutional."

Pennsylvania Lt. Gov. John Fetterman argued in a Wednesday tweet the $1 million figure was an infringement on the protesters' Eighth Amendment right against excessive bail.

"The 8th Amendment of U.S. Constitution: 'Excessive bail shall not be required,'" Fetterman tweeted. "Ms. Enterline’s bail amount is blatantly unconstitutional." Taylor Enterline, 20, is one of the arrested protesters.

Lancaster police arrested 12 adults and one juvenile Sunday night after hundreds took to the streets to protest following the shooting death of Ricardo Munoz.

UNREST OVER FATAL POLICE SHOOTING IN LANCASTER RESULTS IN 8 ARRESTS, 4 FROM OUTSIDE COUNTY

Police posted the officer's body camera video on social media, showing Munoz running toward the officer with a knife raised above his head before he was fatally shot. Munoz's family told Lancaster Online he had been diagnosed with bipolar disorder and schizophrenia and had not been taking his medication.

Magisterial District Judge Bruce A. Roth set bail for nine of the defendants at $1 million each. At least seven remain in jail in lieu of bond. Roth did not immediately respond to a request for comment.

SISTER OF PENNSYLVANIA MAN KILLED BY POLICE SAYS SHE WAS TRYING TO GET HIM HELP, HE WAS OFF MEDS: REPORT

The Lancaster County District Attorney's Office, which filed the charges, clarified in a tweet that it is not responsible for the bond.

"Our office does NOT set bail," it tweeted. "Our office provided no input regarding bail for any of these individuals."

Fetterman was not alone in his criticism of the $1 million bail. The American Civil Liberties Union of Pennsylvania called it an "egregious and unacceptable abuse of the bail system."

"What’s far more likely is that the million-dollar bail was set as a warning to other protesters, chilling their ability to exercise their First Amendment right to assemble, and deterring further demonstrations against this latest police killing," said Nyssa Taylor, criminal justice policy counsel at the Pennsylvania ACLU. 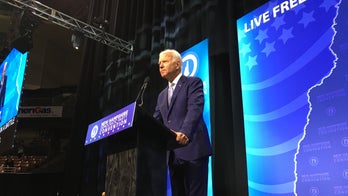 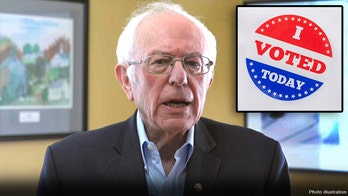