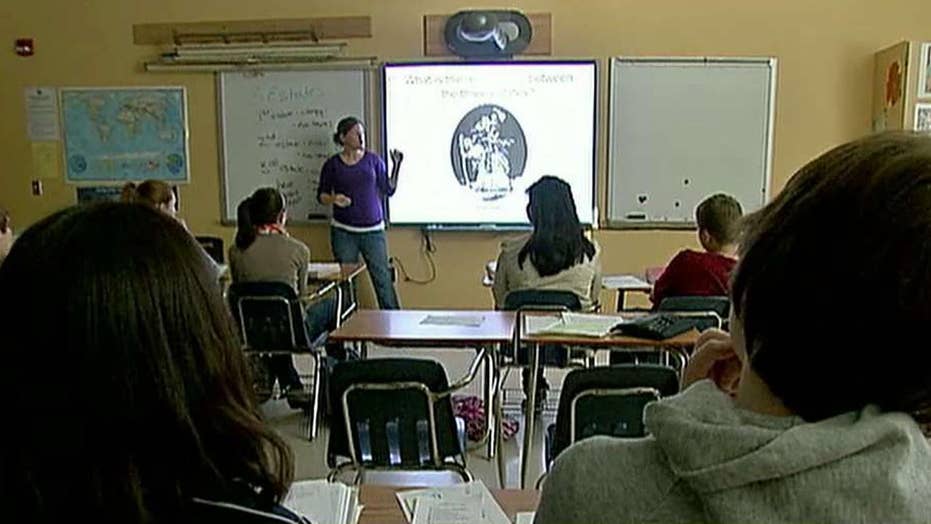 Ruling could mark a turning point in debate over funding

School-choice advocates are claiming a victory after the Supreme Court sided last week with a Missouri church, ruling that public funding could be used to resurface its playground.

"I do think it lays down a marker," Allison said. “Education, I think we all can agree, it's vitally important in our nation. … We need to have more of an open-mindedness as it relates to who can be participating in that.”

The Supreme Court ruled June 26 that Trinity Lutheran Church could receive public money, from a grant, to rubberize the surface of its playground. School-choice supporters see hope for their cause because they believe the decision undermines so-called Blaine Amendments – decades-old state laws that bar direct government aid to institutions with a religious affiliation.

“The Blaine Amendments were a series of amendments that were enacted in the 19th century as anti-Catholic measures,” said Randy Barnett, a professor at Georgetown Law and the Director of Georgetown Center for the Constitution. “The Protestants controlled the public schools, and they didn't like the idea of the Catholics setting up their own school system, so they came up with these amendments which prohibited the expenditures of any government money on religious institutions.”

Years later, the laws are seen as a major barrier to school choice, because they are often used to prevent families from using public scholarship money to send their children to a religious school, via a school voucher program.

According to Barnett, it’s “one of the principle arguments those opposed to school choice can make.”

Missouri is one of 38 states with a Blaine Amendment in the state constitution. Since 2015, at least three states have faced legal challenges to those amendments: Colorado, Montana and Missouri.

One potential complication for school-choice advocates, however, is a footnote from Chief Justice John Roberts in the Supreme Court's Trinity Lutheran Church ruling. To some, it ensures the decision only impacts the case from Missouri.

Roberts wrote, “This case involves express discrimination based on religious identity with respect to playground resurfacing. We do not address religious uses of funding or other forms of discrimination."

Critics of voucher programs say Roberts’ footnote is one reason this ruling is narrow, and celebrations among those who favor school choice are premature.

In a statement, the president of one of the largest teachers’ unions said the court “avoided the larger constitutional issue.”

"This decision was about providing a generally available benefit to a church that was not going to be used for religious purposes and would not violate the establishment clause of the First Amendment,” American Federation of Teachers President Randi Weingarten said. “That is consistent with the Blaine Amendment, which was never intended to prevent religious organizations from receiving funding for uses that are open to all and do not promote religion or discriminate. Therefore, the Supreme Court's Trinity decision cannot be read as opening the door for states to promote religion or expand vouchers."

However, after the court sided with Trinity Lutheran Church, the justices sent another case back to the lower courts.

In 2015, the Colorado Supreme Court said a voucher program that allowed parents to use taxpayer money to send their children to private, possibly religious schools, was unconstitutional. Now, the U.S. Supreme Court says the Colorado court needs to look at the case again.

Barnett said that’s a legal win for school-choice advocates, because it suggests the Supreme Court “seems to believe [the Missouri and Colorado case] are connected.”

“This is a very important ruling because it's the first time that the Blaine Amendments have been called into question by the U.S. Supreme Court on First Amendment grounds. And for that reason, school-choice proponents are going to have a much easier road in legislatures around the country as they push for choice legislation to be passed,” Barnett said.