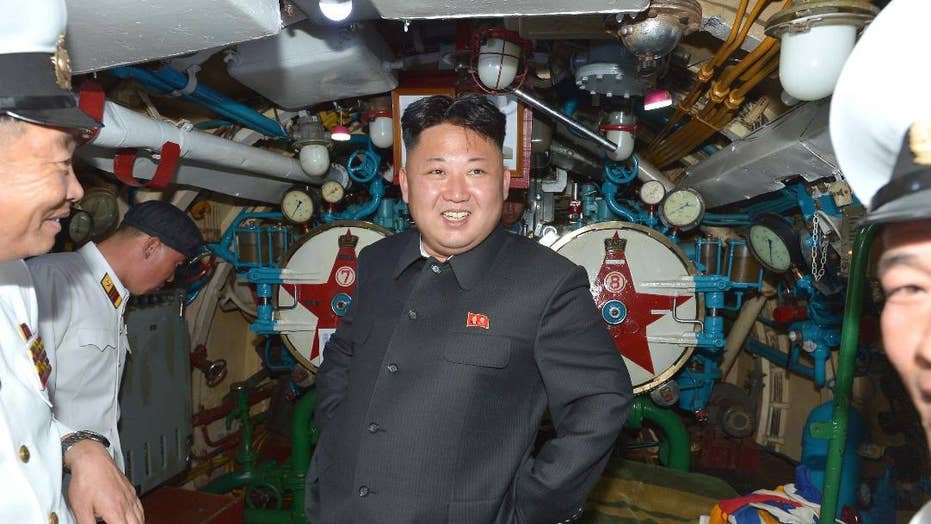 North Korea attack: How prepared is US West Coast?

On July 4th North Korea successfully launched an intercontinental ballistic missile that the Pentagon says could hit Alaska. What is the U.S. doing to prepare for a potential strike from the rogue nation?

Lawmakers in Alaska and Hawaii are doubling down on calls for improved U.S. defenses after North Korea test-fired an intercontinental ballistic missile that experts say could hit Alaska.

Tuesday’s ICBM launch was North Korea’s most successful yet, spurring an emergency U.N. Security Council session on Wednesday where U.S. Ambassador to the U.N. Nikki Haley pushed for diplomatic solutions.

She warned the U.S. reserves the right to use military force.

“One of our capabilities lies with our military forces, and we will use them, but we prefer not to have to go in that direction,” Haley said Wednesday. “North Korea’s launch of an ICBM is a clear and sharp military escalation.”

As officials debated in New York over what the international response should be, the states closest to Pyongyang's weapons appealed for action in Washington.

“Today, Alaskans awoke to disturbing news that North Korea tested a missile that some experts say may be able to reach Alaska in the near future,” Sen. Dan Sullivan, R-Alaska, said on Tuesday. “Now more than ever, it’s imperative for Alaskans and the rest of the nation that we be prepared.”

Sullivan, along with Sen. Brian Schatz, D-Hawaii, and other senators, introduced bipartisan legislation in May that would improve capability and capacity of U.S. homeland missile defense in response to North Korean aggression.

“This bill will help improve our ability to defend Hawaii, Alaska, and the U.S. mainland against a North Korean ballistic missile threat,” Schatz said when the bill was introduced.

The bulk of the bill was included in the fiscal 2018 National Defense Authorization Act, which passed out of a Senate committee last week.

“I’ve been saying for months that it’s no longer ‘if’ but ‘when’ Kim Jong-Un will get the ability to strike U.S. cities with a nuclear missile,” Sullivan said last week, just days before the successful ICBM launch.

The Pentagon has a total of 36 missile interceptors in underground silos on military bases in Alaska and California, and is expected to increase that to 44 by the end of the year.

Sen. Dan Sullivan, R-Alaska, leaves the Capitol after Republicans released their long-awaited bill to scuttle much of President Barack Obama's Affordable Care Act, in Washington, Thursday, June 22, 2017. GOP leaders hope to vote on the bill next week and can only afford two defections from the 52 Senate Republicans but the measure encountered immediate trouble as four Republican senators said they opposed it but were open to negotiations. (AP Photo/J. Scott Applewhite) (AP)

The bill would incorporate an additional 28 ground-based interceptors, 14 of which would be located in Alaska. An interceptor moves towards its target based on tracking data, and is assumed to destroy the target by force of impact to neutralize its nuclear explosive power; it could be launched if given notice of a missile headed towards the U.S.

“We’ve still not seen a number of things that would indicate a full-up threat,” Pentagon Spokesman Navy Capt. Jeff Davis said on Wednesday. “But clearly they are working on it. Clearly they seek to do it.”

“For the past fifteen years, our leaders have let the people of Hawaii and our country down, allowing the situation in North Korea to worsen to this point of crisis where we are left with nothing but bad options,” Gabbard told Fox News in a written statement. “As long as the U.S. is waging regime change wars, we are far less likely to reach a diplomatic solution in North Korea because they have no reason to believe our promises.”

But even as she criticized the administration's approach, she stressed the need to "defend against North Korea’s threat with cutting-edge missile defense technologies" as part of the response.

According to one U.S. scientist, the missile North Korea just launched could hit the U.S. if positioned at a “standard launch angle.”

“This missile just proved it could travel around 4,100 miles—meaning it could hit all of Alaska,” Professor Bruce Bechtol of Angelo State University in Texas, who has years of experience monitoring North Korea, told Fox News in an email.

Fox News' James Rosen and The Associated Press contributed to this report.