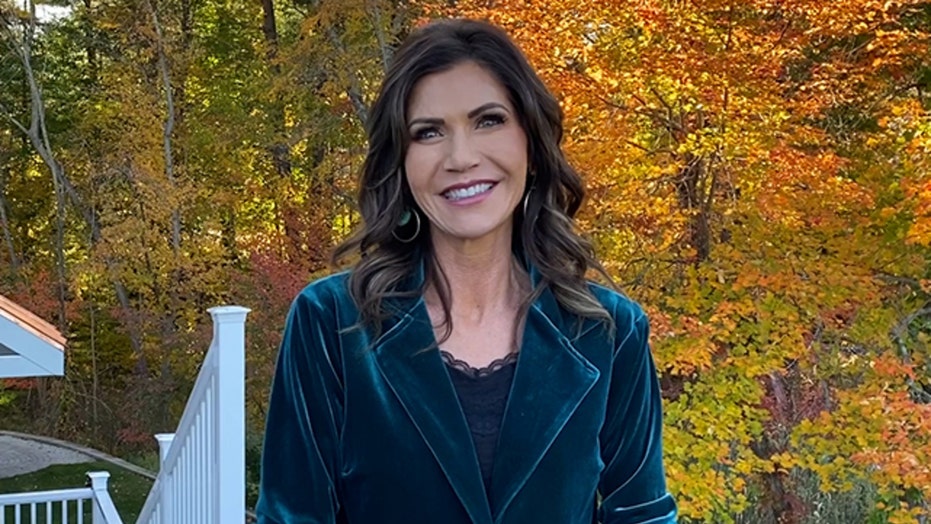 The president, his reelection campaign and surrogates, have spotlighted the report to charge that Biden’s actions as vice president during President Obama’s administration were influenced by his son’s business dealings in Ukraine. The Biden campaign and allies have blasted the report and point to the recent GOP-led Senate investigation that found no evidence of wrongdoing on the then-vice president’s part with regard to Ukraine.

When asked by Fox News how the report could impact female voters -- who currently favor Biden over Trump, according to public opinion polling -- Noem argued Thursday that “women overwhelmingly want somebody leading the country that they can trust and this really does grave damage to Joe Biden’s credibility. This is the kind of corruption in power that we don’t want in our leaders and I’m glad that it’s being talked about and we should continue to dig into it and get the full truth.”

Noem -- speaking with Fox News after she headlined an event at the Trump campaign’s New Hampshire headquarters with staffers and volunteers and before she keynoted a major fundraiser for state’s Republican Party -- also praised federal appeals court judge Amy Coney Barrett, whom the president nominated to the Supreme Court to succeed the late justice Ruth Bader Ginsburg.

Speaking after Barrett finished up her appearance at her confirmation hearing in front of the Senate Judiciary Committee, Noem said: “I think she was fantastic and I think she made some of those senators look like clowns, honestly. She’s highly intelligent, very qualified for the position.”

And taking aim at Democratic senators who oppose Barrett nomination, Noem added: “I think the political attacks that they attempted during committee process just failed.” 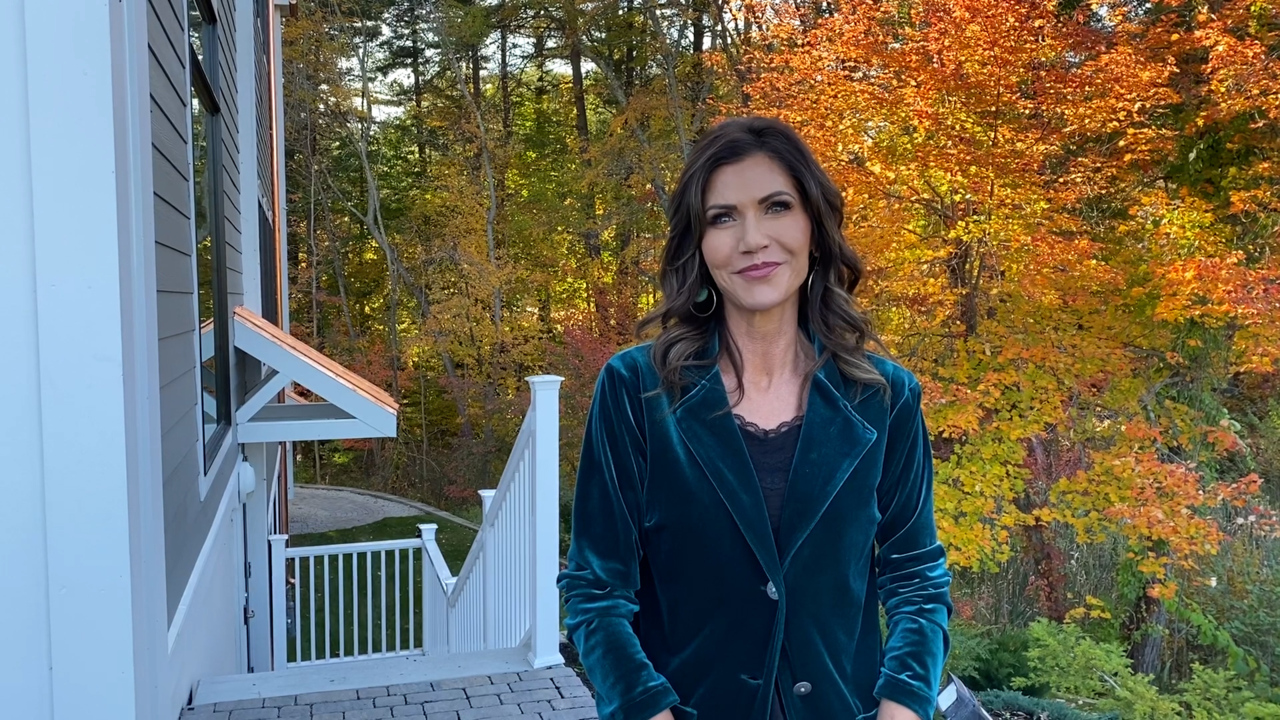 The president and Senate Republicans are moving quickly to confirm the conservative Barrett to succeed the liberal-leaning Ginsburg before Election Day, when the White House and the current GOP control of the Senate are up for grabs. Democrats are virtually powerless to stop Trump and the Senate Republican majority from pushing through Barrett’s nomination ahead of the election -- which would tilt the court’s conservative majority to 6-3.

Noem was interviewed by Fox News with a week to go until the second and final presidential debate between Biden and Trump. Noem, a former state lawmaker who served eight years in Congress before winning election as governor in 2018, has spent plenty of time on the debate stage.

When asked what advice she’d give the president – whose performance at the first debate was pilloried by critics – if she was advising Trump ahead of the final face-off, Noem said: “I would just encourage him to let his love for the American people to shine through. This is a huge opportunity for him to really talk about what he’s delivered for the country these four years and why he gets up everyday and he fights for the everyday ordinary man.”

If the president wins reelection, Noem didn’t appear to be ready to sign up to serve in Trump’s second-term cabinet if asked.

“I always take phone calls from the president. That’s one thing that I learned. He’s a dear friend and has been wonderful to our state but I really enjoy being where I’m at today,” she said. 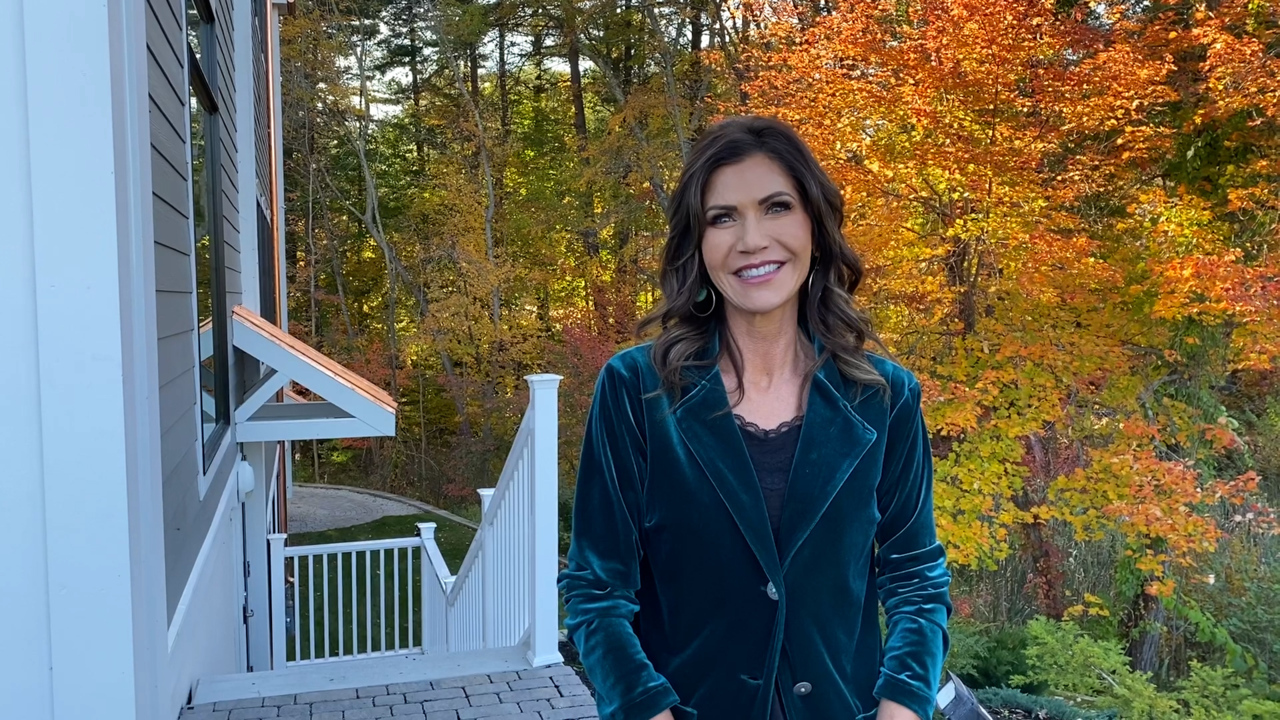 Noem – who isn’t up for reelection until 2022 --  has been crisscrossing the country in recent months, campaigning on behalf of the president and fellow Republicans. But the rising star in the GOP – she had a featured speaking role at the Republican National Convention in August – is considered by many pundits to be a potential contender for the 2024 GOP presidential nomination.

And the trip to New Hampshire, which holds the first primary in the race for the White House, and a stop recently in Iowa, which kicks off the nomination calendar with its caucuses, is sparking more speculation about her possible national aspirations.

During her trip to New Hampshire, Noem made a quick visit for breakfast at the Red Arrow Diner in Manchester, which has long been a must-stop for White House hopefuls. The governor spoke with customers and the kitchen staff. And when she arrived at the Trump headquarters, a woman in the crowd yelled out “Kristi for 2024.”

South Dakota Gov. Kristi Noem speaks with the kitchen staff during a stop at the famed Red Arrow Diner in Manchester, New Hampshire on Oct. 15, 2020

But Noem said her trip to New Hampshire is to emphasize “how important it is that we have President Trump in the White House. If Joe Biden is in the White House, our way of life will be devastated. I honestly believe the policies that he’s embraced will destroy America. So for me that’s important enough to come here and talk face to face with people who may have the chance to turn this state red and take it for President Trump.”

That said, Noem isn’t ruling anything out when it comes to her political future.

“I haven’t even ruled out what I’m doing tomorrow,” she said.