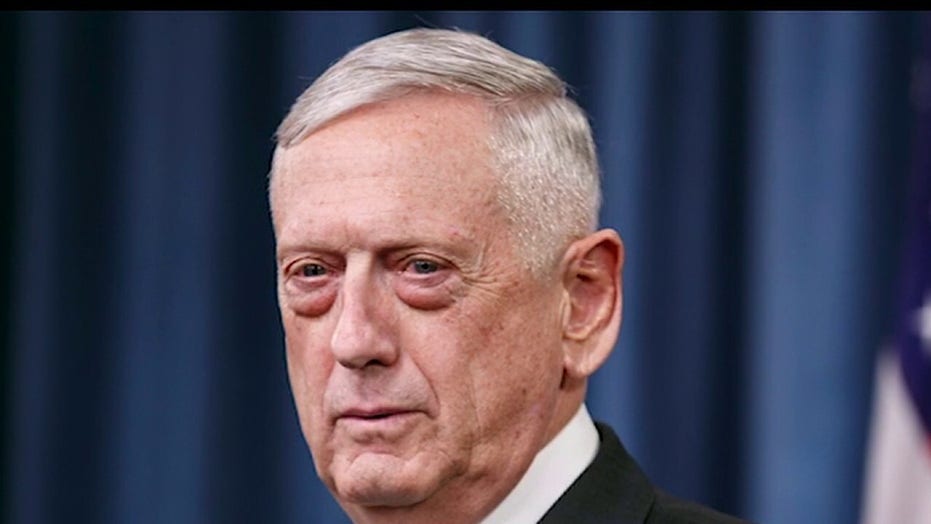 Lindsey Graham fires back at Gen. Mattis: Here's the one thing 'he doesn't understand'

'It's so fashionable to blame Trump for every wrong in America,' says Senator Lindsey Graham to General Mattis over his criticism of Trump

Republican Sen. Lisa Murkowski on Thursday said she is “struggling” with whether to support President Trump in the next election amid his handling of the unrest following George Floyd's death in the custody of the Minneapolis Police Department, while backing former Defense Secretary Jim Mattis’ condemnation of the president as “necessary and overdue.”

Murkowski, R-Alaska, said she was “thankful,” after Mattis delivered an extraordinary rebuke of Trump’s actions this week.

“I thought General Mattis’ words were true and honest and necessary and overdue,” she told reporters on Capitol Hill Thursday, while noting she has been “struggling for the right words.”

“When I saw General Mattis’ comments yesterday I felt like perhaps we are getting to a point where we can be more honest with the concerns that we might hold internally,” she said. “And have the courage of our own convictions to speak up.”

She added: “I’m working as one individual to form the right words, knowing that these really matter, so I appreciate General Mattis’ comments.”

In a statement published by The Atlantic on Wednesday, Mattis wrote that he has “watched this week’s unfolding events, angry and appalled.”

Meanwhile, Murkowski was asked whether she can still support the president. “I am struggling with it,” she said.

TRUMP FIRES BACK AFTER MATTIS CONDEMNS HIS 'MOCKERY' OF THE CONSTITUTION: 'GLAD HE IS GONE'

“I have struggled with it for a long time, I think you know that,” she said, noting that she “didn’t support the president in the initial election and I work hard to try to make sure that I’m able to represent my state well and I’m able to work with any administration and any president.”

“He is our duly elected president [and] I will continue to work with him,” she explained. “I will continue to work with this administration, but I think right now, as we are all struggling to find ways to express the words that need to be expressed appropriately, questions about who I’m going to vote for or not going to vote for, I think, are distracting at the moment.”

She added: “I know people might think that’s a dodge but I think there are important conversations that we need to have as an American people among ourselves about where we are right now.”

Murkowski has been critical of Trump and his administration, but ultimately voted with Republican senators earlier this year to acquit the president on both articles of impeachment.

Sen. Mitt Romney, R-Utah, was the only GOP senator to break party ranks and vote in favor of finding Trump guilty of abuse of power in the Senate’s impeachment trial. Romney, though, stuck with Republican senators in voting to acquit Trump on the second article of impeachment — obstruction of Congress. 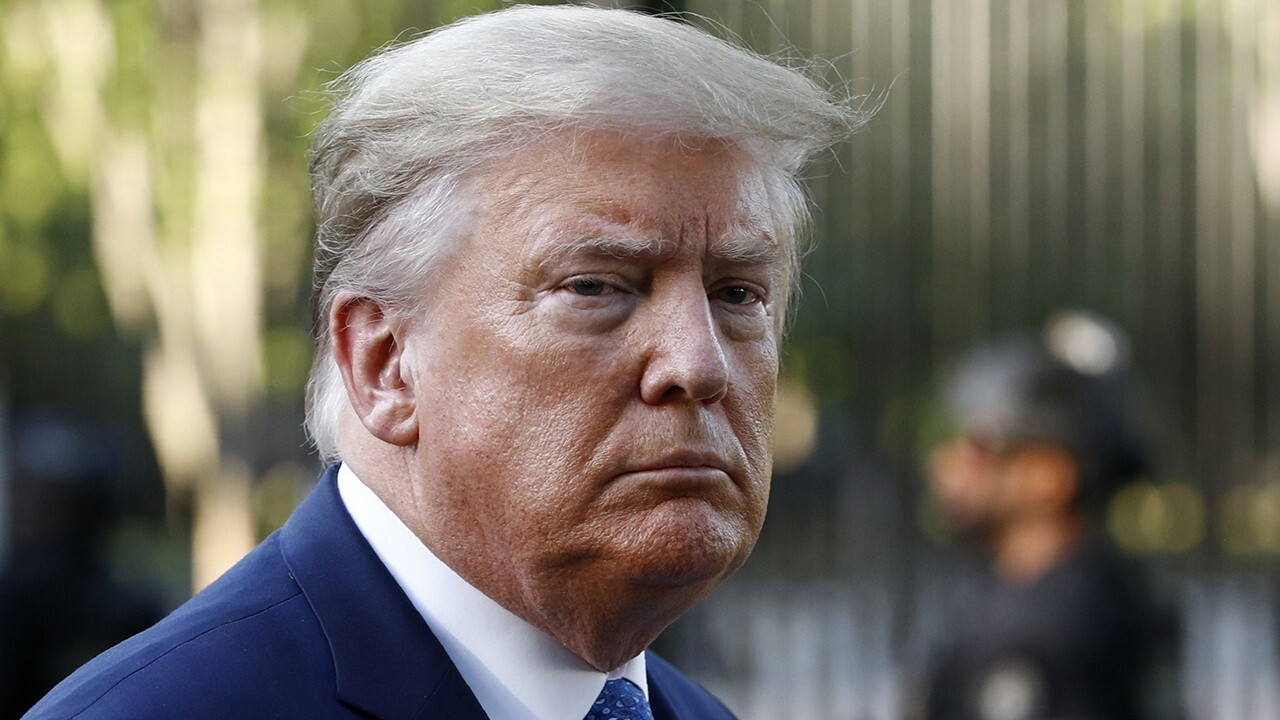 Romney, on Thursday, praised Mattis and his comments as “stunning and powerful.”

“General Mattis is a man of extraordinary sacrifice,” Romney said Thursday. “He's an American patriot. He's an individual whose judgment I respect, and I think the world of him.”

He added: “If I ever had to choose somebody to be in a foxhole with — it would be with a General Mattis. What a wonderful, wonderful man.”

But Mattis is far from the only military figure to challenge Trump in recent days. John Allen, a former four-star Marine general and current president of the Brookings Institution, a D.C. think tank, wrote an op-ed for Foreign Policy on Thursday excoriating Trump for his actions, which included a photo-op at St. John's Episcopal Church near the White House on Monday.

The area around the church had moments before been forcibly cleared of protesters, though there are conflicting claims over the tactics used.

Meanwhile, Defense Secretary Mark Esper on Wednesday said that he opposes using the Insurrection Act, or active-duty military, to handle rioters, undercutting the president, who has indicated he is considering invoking the law.

"The option to use active-duty forces in a law enforcement role should only be used as a matter of last resort and only in the most urgent and dire situations," Esper said. "We are not in one of those situations now. I do not support invoking the Insurrection Act.” 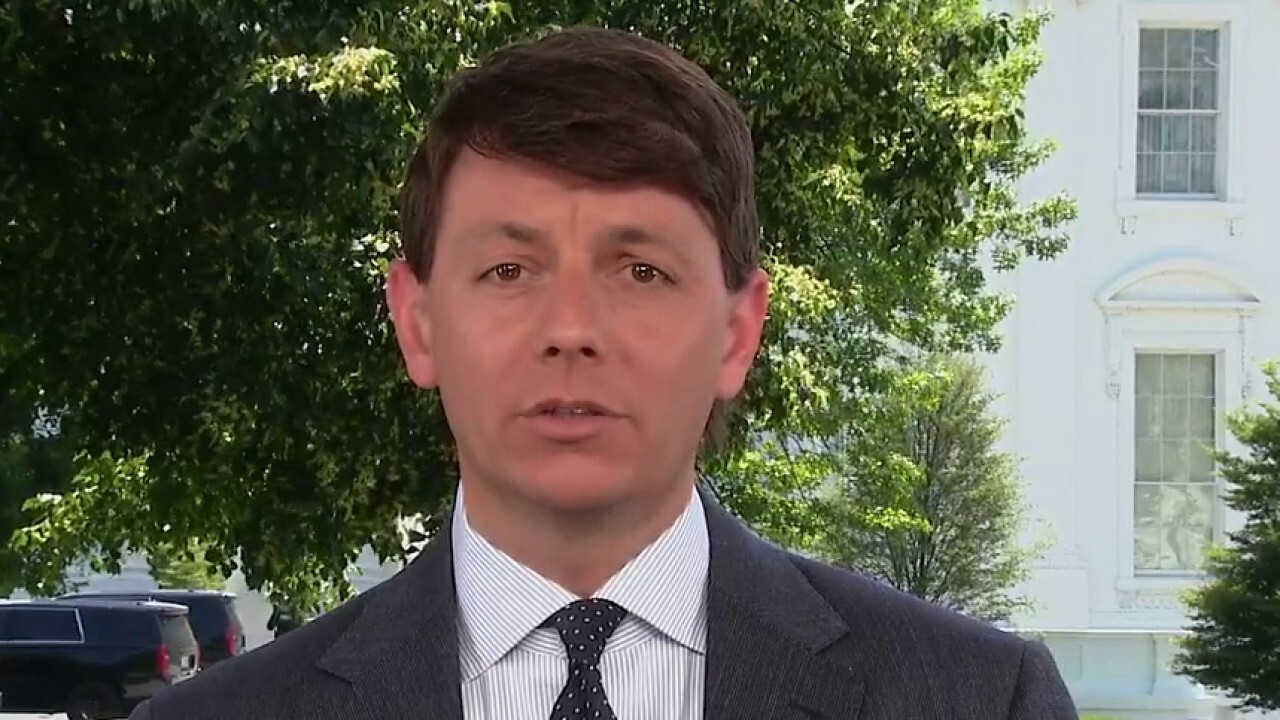 Meanwhile, Trump has fired back at Mattis.

"Probably the only thing Barack Obama & I have in common is that we both had the honor of firing Jim Mattis, the world’s most overrated General," Trump said in a pair of tweets Wednesday night. "I asked for his letter of resignation, & felt great about it. His nickname was 'Chaos', which I didn’t like, & changed to 'Mad Dog.’"

Despite his claim, Trump did not give Mattis that nickname on his own. He has been referred to as "Mad Dog" as far back as 2004.

Trump added: "His primary strength was not military, but rather personal public relations. I gave him a new life, things to do, and battles to win, but he seldom 'brought home the bacon'. I didn’t like his 'leadership' style or much else about him, and many others agree. Glad he is gone!" 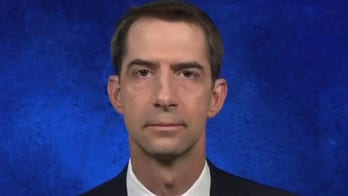 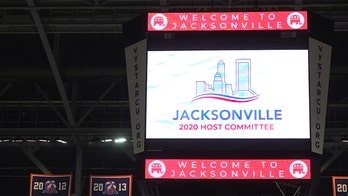 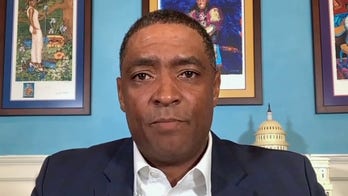