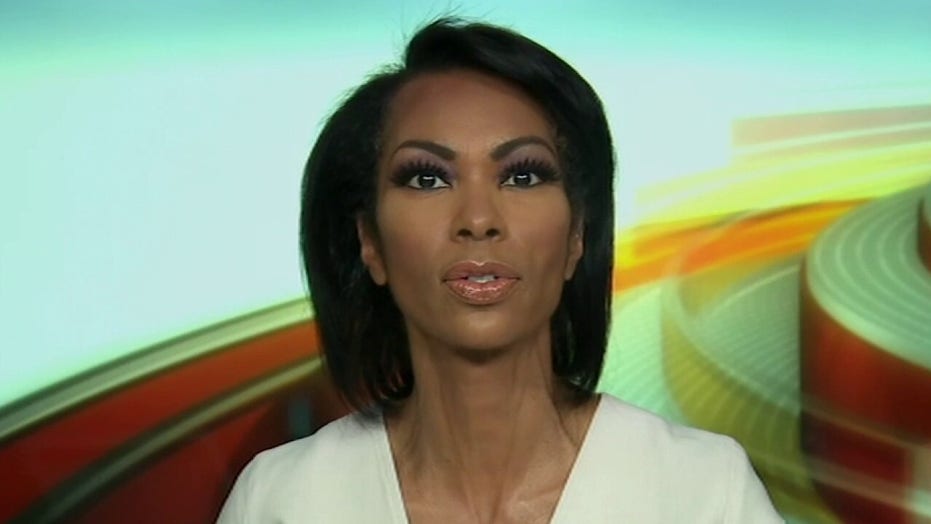 Harris Faulkner on Biden's 'you ain't black' remark: I've been fighting against this notion my whole life

'Outnumbered' co-host Harris Faulkner reacts to Joe Biden's remark on black voters being torn between him and President Trump.

A U.S Senate candidate from Michigan is calling out former Vice President Joe Biden for suggesting that black Trump supporters weren't authentically black, arguing that Biden was "embarrassing" himself and "condescending" to descendants of slaves.

"Vice President Biden, with all due respect, your latest comments are both pathetic and hurtful," businessman and candidate John James said in a video he posted to Twitter Friday.

Earlier Friday, Biden told radio host "Charlamagne tha God": “I tell you, if you have a problem figuring out whether you’re for me or Trump, then you ain’t black."

"I think that in civil discourse, we can have our disagreements on politics but you challenging me and millions of other people out there on their blackness -- descendants of slaves, from you, is some seriously condescending, out-of-touch bull crap," he said.

"You're embarrassing yourself, Mr. Vice President," James continued. "Should you even be running for president in the Democratic Party that says they're for black people? Do you really believe that black people are owned by the Democratic Party? Do you really believe that a black person who doesn't vote for you is therefore not legitimately black?"

Referring to slavery, he said the Republican Party started in opposition to a Democratic Party "that thought it was OK to own people."

"I am a man, Mr. Vice President. Too many people have died for me to have the right to think and vote for myself, but I wonder if Sen. [Gary] Peters agrees with you," James said, referring to Michigan's Democrat senator. "I bet he does. When I get the chance to debate him, I think I'll ask."

BIDEN ADVISER SAYS 'YOU AIN'T BLACK' COMMENT WAS MADE 'IN JEST,' DEFENDS RECORD

In a parting shot, James knocked Biden for using the word "ain't."

"You should also make sure you carry hot sauce in your purse next time."

The uproar over Biden's comments came after he became the presumptive Democrat nominee with robust support from the African-American community. Biden campaign senior adviser Symond Sanders defended him Friday, saying his comments were "in jest."

The incident underscored ongoing racial tensions in the 2020 election. Black Trump supporters have faced scrutiny from a variety of left-leaning figures who suggest they're betraying their own interests.

Trump campaign adviser Katrina Pierson, for example, condemned comments from CNN commentator Angela Rye, who has shamed black Trump supporters in the past.

"You want to give Donald Trump kudos for throwing Cheez-It bits at you and then criticize the people who have spent their careers doing things for the betterment of black people and black society," Rye said in February. "And I would just say at that point, if you still go over to Donald Trump after that: Shame on you."

"Joe Biden’s comments are the most arrogant and condescending thing I’ve heard in a very long time. I am offended, but not surprised," Scott tweeted Friday.