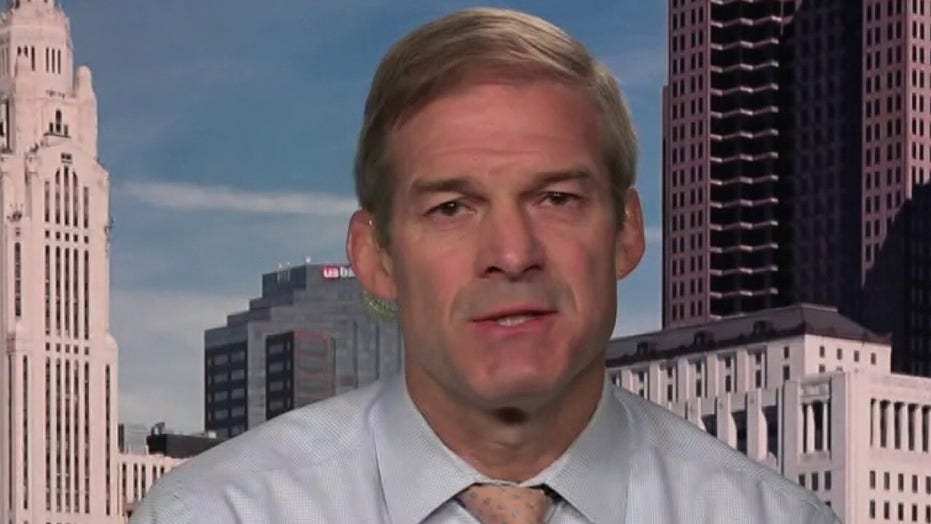 Rep. Jordan hopes Durham investigation can be done before the election

Rep. Jim Jordan, ranking Republican on the House Judiciary Committee, reacts to the timeline of U.S. Attorney John Durham's investigation into the origins of the Russia probe.

Berman told the House Judiciary Committee last week that when he met with Barr in June, Barr recommended that he resign and take another administration job, warning that if he was fired it would hurt his future employment prospects. Nadler then told reporters what "we don’t know yet is if the attorney general’s conduct is criminal, but that kind of quid pro quo is awfully close to bribery."

FORMER US ATTORNEY FOR SDNY TESTIFIES THAT BARR PRESSED HIM TO STEP DOWN, ACCEPT DOJ LEADERSHIP POST

"First of all, Mr. Nadler’s statement is ridiculous," Jordan told Fox News' "Sunday Morning Futures," in response to the chairman's remark. He pointed to the lack of discussion regarding cases or President Trump as evidence that Berman's ouster was not part of any quid pro quo arrangement.

Earlier in Jordan's conversation with host Maria Bartiromo, the congressman said he is hoping to see developments in Connecticut U.S. Attorney John Durham's probe of the Russia investigation's origins in the near future. Barr had previously said he expects developments at some point this summer, and Jordan expressed a desire to see those who were in leadership positions at the time to be held accountable.

"I've said this all along: I think Jim Comey's the biggest culprit here," Jordan said. "It was the Comey cabal, this small handful of people at the top of the FBI. And remember, Bill Barr, the first time he testified, said there was a failure of leadership at the upper echelon of the FBI. Comey, McCabe, Baker, Strzok, Page, they all were left or had to be fired as the key people who ran the Clinton investigation and the Trump-Russia investigation. Comey's the ringleader here; I hope they give him a second look and I hope he is ultimately held accountable."