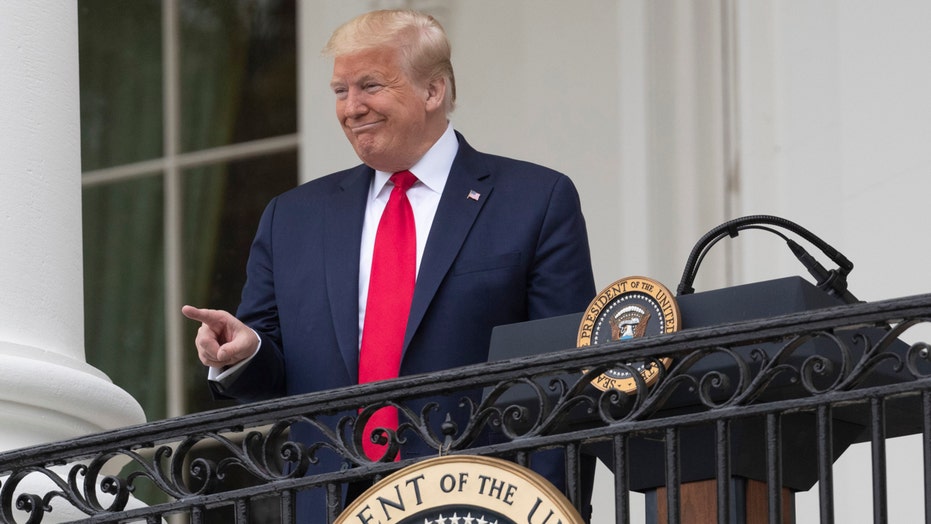 Across the country, lawsuits have mounted as houses of worship fight back against restrictions limiting how many people can gather for services, as states try to protect residents from the coronavirus pandemic.

A common theme is the argument that while greater numbers of people are allowed at stores and other locations deemed essential, forbidding similar situations at churches, synagogues or mosques may violate the First Amendment.

“In Douglas County, Ore., Pastor [Robert] Miller may be jailed for going to church with 25 other people on a Sunday morning, but can join those same people and more at a dine-in restaurant for Sunday lunch with no penalty,” said a complaint filed in federal court Tuesday by two Oregon churches, according to Oregon Public Broadcasting.

On Monday, Newsom announced churches could reopen but they would be limited to 25 percent capacity or 100 people, whichever is less, but only with the approval of local officials.

Nevertheless, the South Bay Pentecostal Church in Chula Vista, Calif., is continuing with their lawsuit by asking the Supreme Court to overturn the Ninth Circuit’s ruling.

The high court is also weighing an emergency request from Illinois churches claiming that Gov. J.B. Pritzker’s order limiting services to 10 people goes against Supreme Court precedent. Pritzker deemed religious services to be essential, but that strict cap is in place during the first phase of the state’s reopening.

Elim Romanian Pentecostal Church and the Logos Baptist Ministries cited in their emergency filing the 1947 Supreme Court case “Everson v. Board of Education.” In that case, the court wrote that “Neither a state nor the federal government can set up a church… Neither can force nor influence a person to go or remain away from a church against his will.”

Colorado Gov. Jared Polis’ order does not consider religious activities to be “necessary,” and thus they are not exempt from restrictions that cap all gatherings at 10 people. The High Plains Harvest Church sued Polis on Monday, arguing that it violates the First Amendment as well as the constitutional equal protection rights by allowing large numbers of people in stores but imposing penalties if people meet at a house of worship.

According to KUSA, the church’s pastor said in the lawsuit that the order goes against his “sincerely held religious belief that in-person attendance at church is central to his faith.”

A New Jersey rabbi joined a federal lawsuit filed by the leader of the St. Anthony of Padua Church that accused Gov. Phil Murphy’s order prohibiting religious gatherings of violating the First and Fourteenth Amendments. Murphy only allowed for certain exceptions to his ban of gatherings, and the religious leaders believe that the exclusion of congregations was unfair given that a number of businesses are permitted to operate.

"If you can have an unlimited number of people working in nonretail businesses as long as they try to socially distance and sanitize everything, why can't you do that in the church?" the rabbi’s attorney told the Asbury Park Press. "What's the difference? There is no difference."

The Justice Department has sided with religious organizations in some cases, such as a lawsuit brought by a Virginia church after its pastor received a citation for having 16 people gather for a Palm Sunday service, exceeding Gov. Ralph Northam’s limit of 10.

In a court filing, the DOJ argued that Virginia “cannot treat religious gatherings less favorably than other similar, secular gatherings.”

President Trump has also supported congregations, declaring that states should consider religious services to be “essential” and thus exempt from the typical restrictions. The president warned last week that he would override governors who do not go along with this, although it is unclear what authority he would have to do this.

Governors defend their restrictions as protective measures to limit the spread of the coronavirus. Northam’s attorneys argued in a court filing that blocking his order “would seriously undermine” the state’s efforts to deter the spread of COVID-19.

Delaware Gov. John Carney defended restrictions he put in place, as well as guidance for reopening that includes social distancing, face masks and the recommendation that people older than 65 not participate.

“All of Delaware’s restrictions – including those inside our churches and other houses of worship – are intended to reduce the spread of COVID-19 and save lives,” Carney said according to WHYY. “I know it’s difficult. Practicing your faith is a fundamental right. But Delawareans who are at higher risk should not attend in-person services.” Meanwhile, a local pastor from Delaware filed a federal lawsuit earlier this month claiming that the restriction hurt small African-American congregations like his that do not have the resources to cater to members with online services.

A Maine church lost a ruling in a lawsuit earlier this month as they fought against the state’s 10-person limit on gatherings, the Portland Press Herald reported. A federal judge in Maine noted that giving them the same allowances as an “essential business” would only allow them to have five additional people given the size of the space, and that the harm in not doing so was outweighed by the potential harm of lifting restrictions.

“The harm to the state that would come from an order requiring it to exempt religious institutions from gathering restrictions is profound,” U.S. District Judge Nancy Torresen wrote. “If the prevalence of COVID-19 pulses up in a community, it puts lives, and particularly the lives of our most vulnerable citizens and the health care workers trying to save them, at risk. It also threatens the precarious steps we are making toward reopening.”

Fox News’ Morgan Phillips and The Associated Press contributed to this report.