According to The Washington Post, Thomas denounced the movement for racial justice after a town in Virginia put up a large banner over its Main Street expressing solidarity.

"Welcome to Clifton where Black Lives Matter," the banner reads.

In an email obtained by the Post, she slammed the town's decision to embrace the movement.

“BLM is a bit of a dangerous Trojan Horse and they are catching well-meaning people into dangerous posturing that can invite mob rule and property looting,” Thomas wrote in a June 24 email, according to the Post. "Let’s not be tricked into joining cause with radical extremists seeking to foment a cultural revolution because they hate America.” 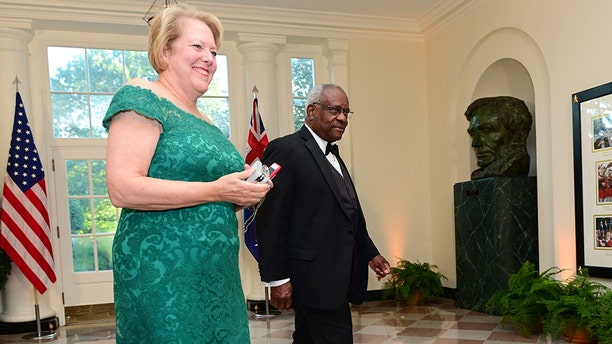 Thomas, a conservative activist, is similarly critical of Black Lives Matter on her Facebook page.

According to the Black Lives Matter network's website, its goals include "a world where Black lives are no longer systematically targeted for demise."

Clifton Mayor William R. Hollaway referred to the banner as a "first step" towards racial equality, but acknowledged that it has become "the biggest controversy we’ve seen in many years."

“We took action because we believed it was urgent, and we had a crisis before us,” Hollaway said to the Post.