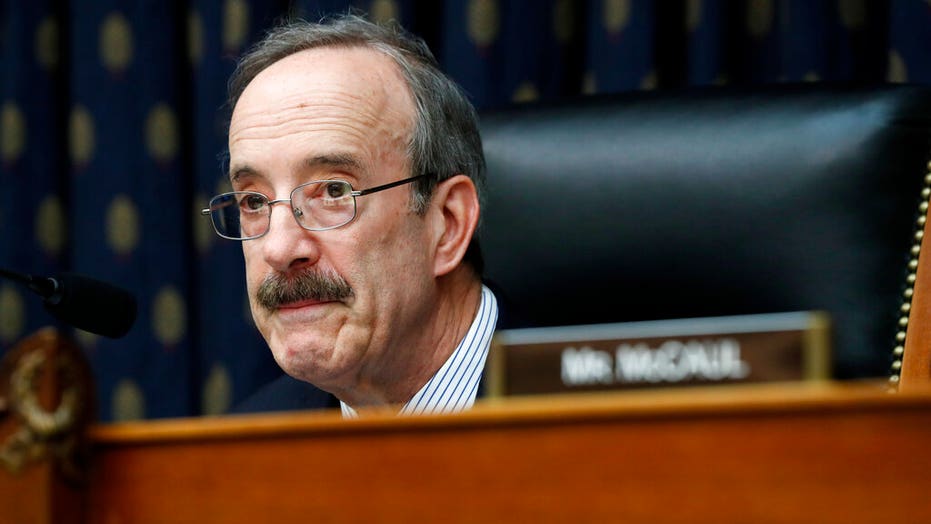 Rep. Eliot Engel, D-N.Y., was caught on a hot mic Tuesday saying he “wouldn’t care” about not being allowed to speak at a news conference about the unrest in his Bronx district following the death of George Floyd – if he wasn't in a competitive Democratic primary.

“If I didn’t have a primary, I wouldn’t care,” Engel can be heard telling Bronx President Ruben Diaz twice, as he asks for a chance to speak at a news conference with city and state officials.

“Don’t do that to me,” Diaz responded.

Engel, 73, later explained his comments to an NY1 reporter: “In the context of running for reelection, I thought it was important for people to know where I stand, that's why I asked to speak. Of course, I care deeply about what's happening in this country, that's what I wanted to convey. I love the Bronx, grew up in the Bronx and lived here all my life," he said. “I would not have tried to impose on the borough president if I didn't think it was important.”

Meanwhile, his two progressive primary challengers joined forces Monday, one dropping out to endorse the other, setting up a competitive race between Engel and education activist Jamaal Bowman. Bowman is backed by the Justice Democrats, the same group that helped Rep. Alexandria Ocasio-Cortez unseat longtime incumbent Rep. Joe Crowley in 2018.

CHALLENGER TO DEMOCRATIC REP ENGEL PICKS UP ANOTHER PROGRESSIVE ENDORSEMENT

Engel has represented his current Bronx and Westchester district since 2013 but has represented New York in Congress since 1989. He’s faced criticism for not returning to his district during the coronavirus crisis – his communications director told The Atlantic on May 14 that he’d been in Washington at least since the passing of the CARES Act, March 27.

Engel himself told the news outlet he’d been social-distancing in both residences.

Engel’s challenger attacked him for his absence. “In the middle of the worst crisis to hit our community in generations, Eliot Engel is not even in the district,” said Bowman. “If that’s not taking us for granted, then I don’t know what is.