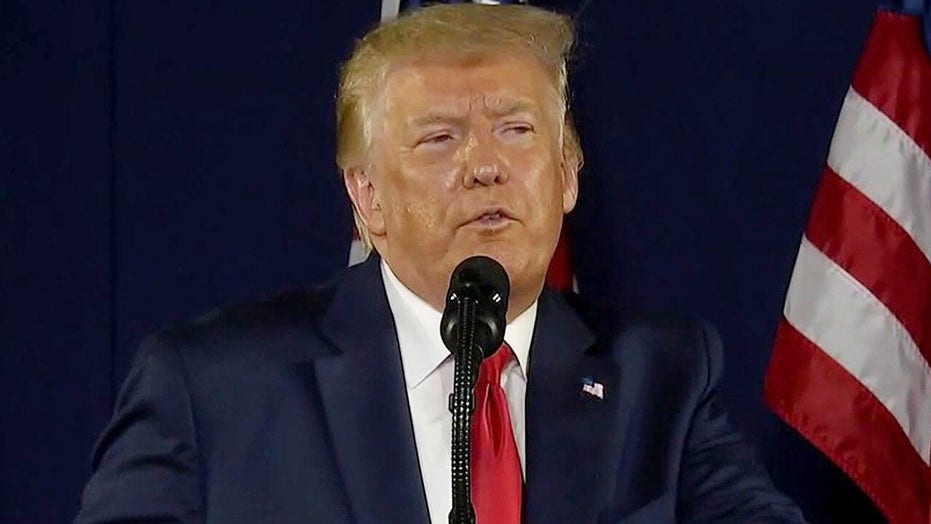 President Trump on Friday announced the creation of a National Garden of American Heroes to pay tribute to historically significant Americans -- a garden that will include former Supreme Court Justice Antonin Scalia and baseball star Jackie Robinson among past presidents, anti-slavery advocates and others.

“I am announcing the creation of a new monument to the giants of our past, I am signing an executive order to establish a National Garden of American Heroes, a vast outdoor park featuring statues of the greatest Americans to ever live,” he said in a fiery speech in front of Mount Rushmore Friday night.

The order says that the garden, to be opened before July 4, 2024 will “depict historically significant Americans... who have contributed positively to America throughout our history.”

It comes as a response to the anti-monument fervor that has gripped segments of the country, who have taken to either calling for the removal of, or simply attempting to tear down, monuments and statues of past American figures.

The proposed names on the list include Scalia, the conservative justice who died in 2016, Robinson, who was the first black American to play in Major League Baseball, Christa McAuliffe, a teacher who died in the 1986 Challenger shuttle disaster, the Wright Brothers, who flew the first powered flight, educator Booker T. Washington, and women’s rights activist Susan B. Anthony.

The list is almost certain to cause controversy, both by who is included and who is not.

Scalia, as one of the most prominent conservative Supreme Court justices, is likely to cause controversy from liberals, especially as there is no liberal counterpart on the list. The same with Republican former President Ronald Reagan, who is the only modern president on the list -- with no reference to Democratic presidents such as Lyndon Johnson, John F. Kennedy or Franklin Roosevelt.

Even the presence of Founding Fathers and early presidents such as Abraham Lincoln could prove controversial. Those calling for statues to be torn down initially had their sights on confederate generals and figures, but have since moved on to prominent, more mainstream American figures. 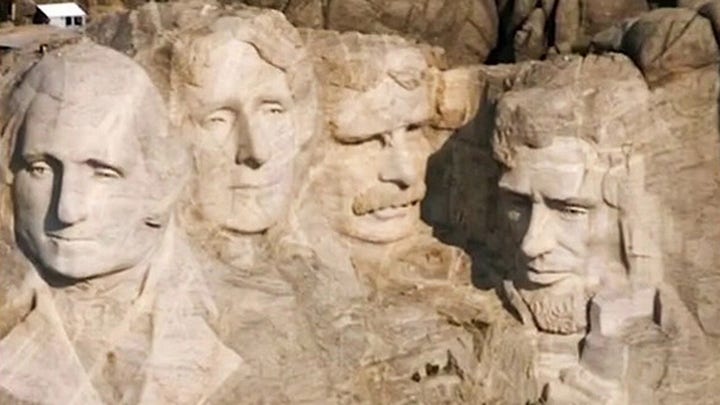 In Washington D.C., activists have targeted the Emancipation Memorial, which portrays Lincoln next to a freed slave, and in Portland, Ore., protesters tore down a statue of Thomas Jefferson -- who signed the Declaration of Independence.

Trump spoke at Mount Rushmore, which features images of Lincoln, Jefferson, Washington and Theodore Roosevelt. That monument has been protested for decades by Native American activists, who say it was built on stolen land.

Meanwhile, the Democratic National Committee deleted a tweet that accused Trump of “glorifying white supremacy” by going to Mount Rushmore. 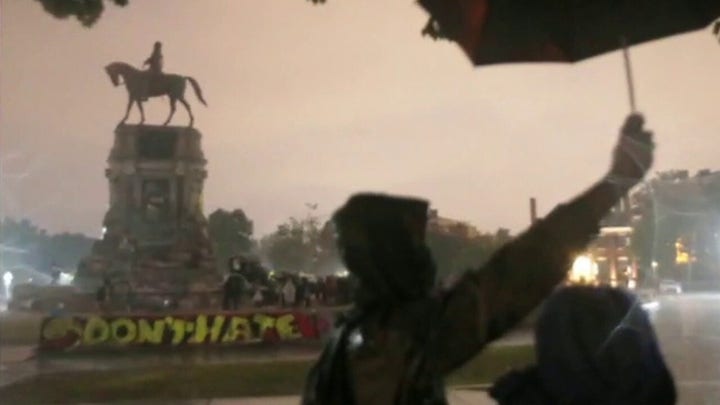 The administration has pushed back aggressively against the anti-monument trend, however, dispatching Rapid Deployment Teams (RDTs) of a special federal unit across the country -- and multiple administration figures, including Trump, have condemned the quest to remove statues.

“Those who seek to erase our heritage want Americans to forget our pride and our great dignity, so that we can no longer understand ourselves or America’s destiny,” he said Friday. “In toppling the heroes of 1776, they seek to dissolve the bonds of love and loyalty that we feel for our country, and that we feel for each other.”

Adam Shaw is a reporter covering U.S. and European politics for Fox News. He can be reached at adam.shaw@foxnews.com.