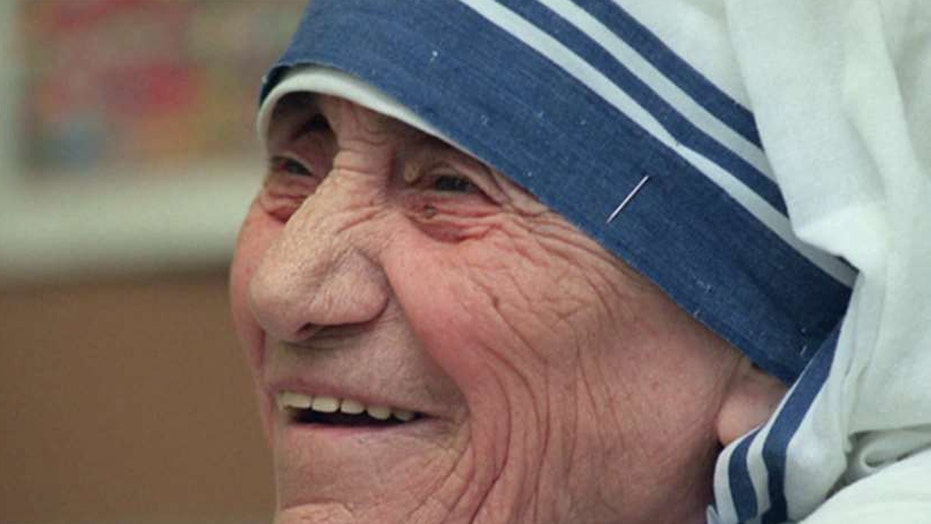 Father Jonathan Morris looks back on her life

Canonization is the process by which the Catholic Church solemnly proclaims that a holy person becomes inscribed on the list (i.e. the canon) of those persons who may be venerated publicly in the liturgy of the Catholic Church. In the case of Mother Teresa she will receive her own feast day with a Mass and a liturgical office constructed to offer due veneration to her.

In the popular imagination, however, she has already been canonized informally in the sense that she has been widely recognized both in and outside the Catholic Church as a saint.

That informal canonization has been attested to in everything from her picture on the cover of Time magazine to the judgment of the committee of the Nobel Prize as well as the widespread recognition awarded her among ordinary people. One may well ask what it was that gave her such recognition in the public sphere.

In one sense Mother Teresa was a very traditional holy person. She was an extremely traditional nun who dedicated her life to the poor and in that way she stood in the line of generations of nuns who did exactly the same thing in almost exactly the same way: she stepped outside her cloister walls and began to aid the dying, sheltering the homeless, protecting the leper, and extending love to the most unloved. That she did it in environment that was largely non-Christian (being very careful not to proselytize in the process) does make her work a bit exotic but the Catholic Church’s mission in the non-Christian world is hardly singular.

What gives Mother Teresa’s life such a special aura is that she acted out this traditional way of being so that it came to the attention of the wider world in an age of instant communication. Had Malcolm Muggeridge not made a film; had the media not filmed her and her sisters in various places in the world; had there not been books and biographies galore she still would have been doing her work of love and mercy. It was the years and decades among the most destitute – the sheer tenacity to work with the most unloved in this world – that highlights her most conspicuous virtue: fidelity in her love for the poor.

In her life Mother Teresa combined the traditional Christian value of total service to the poor with the anguish of the postmodern sense of the loss of God.

We now know after the posthumous publication of her writings that for years she acted out her mission without the consolations we normally assume to accompany the labors of a saint. She found no encouragement in her prayer; she often had a bewildering sense of the absence of God; she found little but dryness in her encounter with scripture. This dryness is not uncommon in the Christian life. Indeed, if we believe what the great mystic John of the Cross has written, this “dark night” is often a long prelude to union with God.

There is a way in which we can understand Mother Teresa if we join together her faithful giving of the self for the sake of the poor and the abandonment of long periods of religious consolation as parts of a seamless whole.

In her life she combined the traditional Christian value of total service to the poor with the anguish of the postmodern sense of the loss of God.

It may well be the case that she is so admired because she exemplifies selfless love for both God and not for abstract humanity but this or that concrete person.

She, along with all the great saints, did the ordinary things in an extraordinary fashion.

Lawrence S. Cunningham writes from the University of Notre Dame where he is John A. O’Brien Professor of Theology (Emeritus).