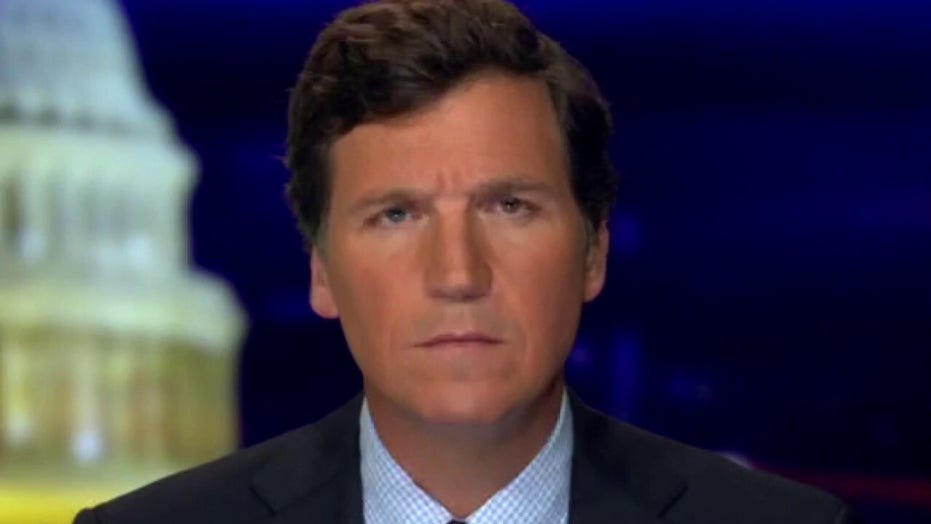 Editor's Note: This article is adapted from Tucker Carlson's opening commentary on the Oct. 19, 2020 edition of "Tucker Carlson Tonight"

Last week, The New York Post published one of the great scoops of the year. The paper's editors got a copy of the hard drive from Hunter Biden's personal laptop. On it were tens of thousands of emails, videos, texts and photographs.

One very newsworthy series of emails showed that as vice president of the United States, Joe Biden tailored American foreign policy -- our foreign policy, which Joe Biden does not own -- in order to help his son's business interests. Biden intervened aggressively in the internal affairs of another sovereign nation, Ukraine, and his son got paid for that. By any measure, that is a real story.

Something then happened that was bigger and far more dangerous to our country than anything the New York Post found on Hunter Biden's laptop: The most powerful people in the world aligned to censor the news, to keep it from the population of the United States. Twitter prevented its users from sharing the story. So did Facebook. When Americans searched Google to read the New York Post story, many couldn't find it.

So within hours, the premise of a free press, the basis of American democracy for 250 years, just disappeared. One minute we were America, the next minute we were China. Perhaps most horrifying of all, our news media applauded it. The self-described guardians of the First Amendment cheered the destruction of the First Amendment. The New York Times actually ran an op-ed attacking the idea of free speech.

Every power center in America vehemently agreed with that and most ominous of all, the U.S. intelligence community, the secretive federal agencies that have nearly unlimited power, joined in. Those agencies colluded with the news media to hide information from the American public weeks before a presidential election

On Saturday, USA Today kicked off the effort by publishing one of the most dishonest newspaper stories ever to run in this country.

"Federal authorities are investigating, " the paper declared, whether the story about Hunter Biden's laptop was "part of a smoke bomb of disinformation pushed by Russia."

The newspaper never bothered to assess whether the core story was true, nor did the article explain how this Russian plot might have worked in practical terms. The computer repair shop owner in Wilmington, for example. He must have been in on it. He had physical possession of the laptop. So was this seemingly mild-mannered Mac repairman yet another one of Vladimir Putin's handpicked sleeper agents? Had he been lying in wait in a Delaware strip mall for decades, preparing for just this moment?

GIULIANI: PURPORTED HUNTER BIDEN EMAILS WILL 'SHOCK THE HELL OUT OF YOU'

USA Today didn't tell us. They didn't need to tell us because the rest of the media understood instantly what to do. "FBI probed if purported Hunter Biden emails are a Russian plot," declared Bloomberg News. PBS, which you pay for, said a "senior former intelligence official" -- whose salary you also paid -- claimed that Rudy Giuliani was likely channeling Russian disinformation. So the former mayor of New York is working for Vladimir Putin, too. That's how vast this conspiracy was.

Reporters in Washington and New York frantically called their many sources in the permanent national security state for more details. From his perch on Twitter, desiccated neocon ghoul David Frum cheered them on.

In this frenzy to find this new batch of Russian spies, the media did miss a few obvious things. For example, two people reporters forgot to call were Joe and Hunter Biden. Presumably the Bidens could have confirmed whether or not the famous laptop was real. That would have ended the speculation and would have informed the rest of us, but somehow no one thought to do that.

Finally, on Friday night, one reporter, Bo Erickson of CBS, blurted out the question to Joe Biden himself. And here's what happened next.

BIDEN: I knew you'd ask it. I have no response. It's another smear campaign. Right up your alley. They're the questions you always ask.

Biden didn't deny the story because he knows that laptop from the Delaware repair shop did, in fact, belong to his son, Hunter. And we know it, too. We confirmed that conclusively last week. Everything we have learned since then -- and there has been a lot that we've learned since then -- bolsters that conclusion. The laptop in question belonged to Hunter Biden. It is not a Russian fabrication.

Bo Erickson of CBS asked a legitimate question. And for that very reason, within minutes, Democratic operatives, including many in the media, landed on him. The point of attacking a man who appears to be a fairly liberal CBS reporter was to send a message to the rest of the press corps: Shut up and obey the narrative or else. 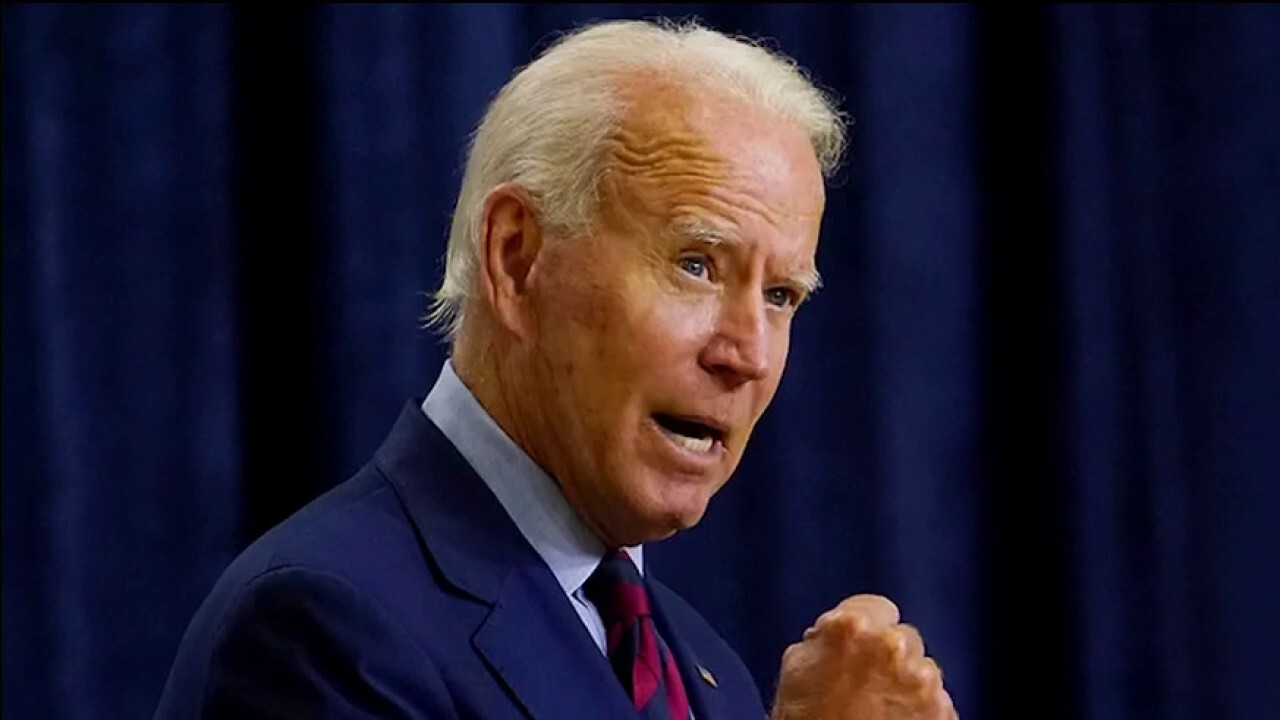 According to Greg Sargent of The Washington Post, "The real problem here is this is a useless *question* from a journalistic perspective ... Large parts of the story are invented/unconfirmed/highly dubious. What is learned by placing the work of denying them on Biden?"

Notice Greg Sargent doesn't explain what parts are unconfirmed or false. No part of this story, no email has been shown to be false. They're not even claiming it's false. Doesn't matter.

Michael McFaul, who now works at Stanford and who used to work in the Obama administration for five years, attacks Bo Erickson for, quote, "discussing disinformation." You're not even allowed to discuss it.

What you're watching is the most powerful people in America aligning as one to hide legitimate information from the public. This is not the way our country used to operate. Are you terrified yet? You should be terrified because it worked. That's why they do it, because it works.

Joe Biden has now gone into hiding until Thursday's debate. And that means the media can continue to collude unimpeded with our spy agencies to lie to you. It's the Russians because Russia and -- repeat after us as we say this, until you reflexively believe it -- because Russia is the greatest threat we face.

At some point, you've got to be honest and say, who cares what's on Hunter Biden's laptop? This is the real threat: The most powerful in our country, colluding to dismiss legitimate questions, using a fake threat of Russian disinformation. That's scary.

Rest assured, though, unnamed U.S. authorities are on the case getting to the bottom of this Russian plot. There's no evidence of wrongdoing, of course, but they're still on the case. Who are these authorities, exactly, and who are they working for? Well, on Saturday, Sen. Chris Murphy, D-Conn., let us know. Murphy sits on the Foreign Intelligence Committee. Here's what he wrote on Twitter:

"Joe Biden and all of us should be furious that media outlets are spreading what is very likely Russian propaganda. I've seen the intel. The mainstreaming of misinformation is Russia's 2020 goal."

That's both worse and dumber than anything Joe McCarthy ever said. "I've seen the intel." Notice that Murphy didn't tell us what the so-called intel said, much less show it to the rest of us so we could evaluate it for ourselves. Powerful people have seen the intel. You haven't. You must take their word for it. Otherwise, maybe you're working for Vladimir Putin. Maybe you're a Russian spy. Want to get accused of that? Of treason? I don't think so. So just take it on faith, pal.

Once again, no one in Joe Biden's campaign has said these emails or text messages are false. They're not even claiming that. So these claims are coming from anonymous sources and media hacks and that's it. On Sunday, a Biden campaign surrogate called Jenna Arnold acknowledged that on Fox News. 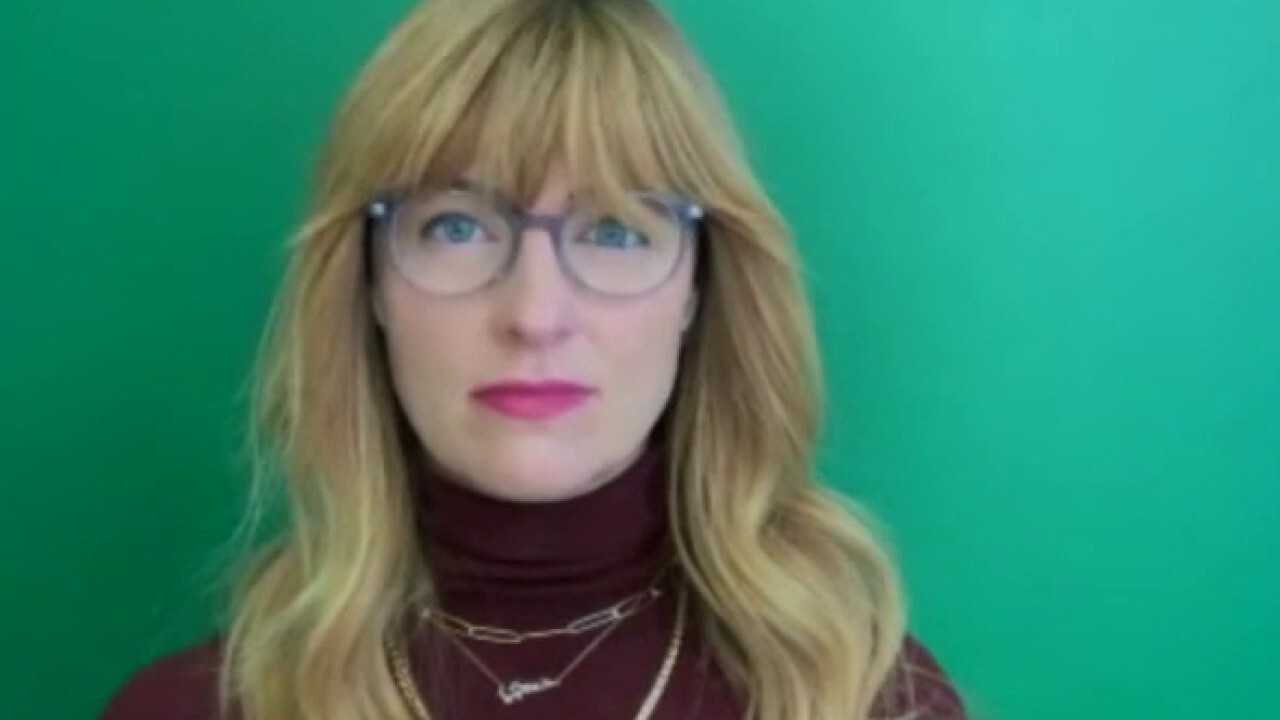 LELAND VITTERT: Can anyone say that these emails are inauthentic? And so far I haven't heard anybody say that.

ARNOLD: Yeah, I think that's fair. I don't think anybody is saying these are inauthentic.

"I don't think anybody is saying they're inauthentic." Well, OK, then why don't you respond to them?

But in fact, many are saying they're inauthentic. False claims of Russian interference in our democracy are now a well-established fact of American political life, like fears about climate change and White supremacy. They are very useful to the people in charge because those fears can be leveraged to strip you instantly of your constitutional rights. And that's exactly what's going on now.

Now you know why they're doing it for the next two weeks. The point is to defeat Donald Trump and they may succeed in doing that. But for the rest of us who plan to stay in this country, the real worry is what happens after that.