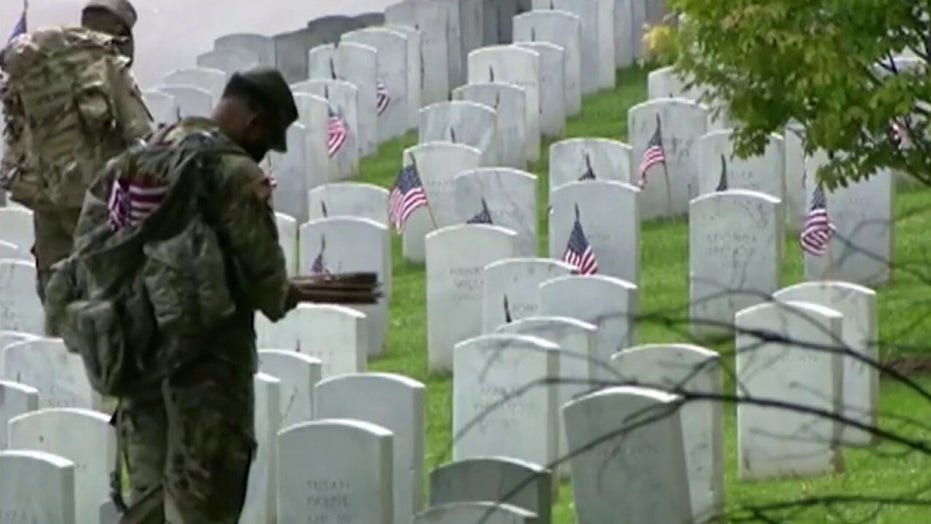 By its very nature, Memorial Day is a time for nostalgia – a sentimental longing for the members of our military who died too young and too soon.

What could they have done with their lives had they lived decades longer? Could some have changed history with new inventions, or new discoveries in science and medicine?

Undoubtedly some would have become great teachers, elected officials, doctors, business leaders, and filled hundreds of other professions and trades. And no doubt many would have become parents, bringing children into the world who could have accomplished great things as well.

Yet, the far too many deaths of yesterday allow those of us alive today to enjoy the freedoms and privileges of our uniquely American lives.

But the “might have beens” of the lost are endless. They raise questions impossible to answer.

As the nation pauses to remember our fallen heroes of war this Memorial Day, we should remember that the political and ideological divisions so pronounced in our country today should never diminish our shared sense of gratitude for the patriots who made the ultimate sacrifice to defend our country.

On the battlefield there are no Democrats or Republicans – just Americans, working together under fire to defend our freedom. We should unite as well to honor those who died for our country.

There are many memorials around our country honoring those who stepped forward to defend it.

Here is the story of one of them.

Joining Koch on the dais were two of the city’s most successful and high-profile real estate developers.

At 64 years of age, Maurice Paprin was the older and more seasoned of the two. Earlier in his career, after dabbling for a short while in academia, he would eventually go on to build low-income housing in both Queens and the Lower East Side of Manhattan.

Sitting beside Paprin that day was a brash 38-year-old Manhattan mogul who was seemingly everywhere, buying, building and selling properties faster than the tabloids could keep up with him.

His name was Donald J. Trump.

Trump and Koch were frequent critics of each other. They fought over a number of issues, including Trump’s attempts to get a tax cut for Trump Tower in Manhattan and to build a project called Television City in the borough.

Trump was not a candidate in 1984. He was a guy with money who wanted to make a difference by honoring the men and women who died in service to their country,

After one disagreement Trump called Koch “a moron” and said: “Koch has achieved something quite miraculous. He’s presided over an administration that is both pervasively corrupt and totally incompetent.”

But despite their differences, the unlikely triumvirate of Koch, Paprin and Trump united in 1984 to raise awareness and support for a planned Vietnam Veterans Memorial in lower Manhattan.

They were hoping for a big crowd, but only 25 people showed up. It didn’t matter. The three men launched into their respective speeches, explaining why the monument was needed and was, in fact, long overdue.

“Never have we had a war where we have treated our veterans so shabbily,” Koch began. “We have not done what we should.”

Paprin followed Koch, reminding those gathered that though he opposed the Vietnam War – and in fact was a strong anti-war activist in general – the memorial was needed.

Trump closed out the gathering with an impassioned plea. ''I was a very strong opponent of the Vietnam War,'' the future president of the United States said, ''but I also recognized that the people who went to fight were great Americans. I always thought they got a bad shake in life and never got their just recognition.''

Both Paprin and Trump pledged to use every connection and relationship they had to get the project completed in time for Memorial Day 1985. In fact, Trump was so enthusiastic about the endeavor that he donated $1 million of his own money to get the job started.

The commission wound up raising a total of $2.5 million, including Trump’s gift. When the project was dedicated a year later, Mayor Koch called Trump’s donation “instrumental in the completion of this project.”

Cynics often suggest donations are motivated by self-interest, but Trump was not a candidate in 1984. He was a guy with money who wanted to make a difference by honoring the men and women who died in service to their country,

In recent years, the memorial has been renovated and refurbished, but the original glass block wall that is 70 long and 16 feet high remains. Granite pylons contain the names of the nearly 1,800 New York City residents who died in Vietnam.

Paprin, who remained a staunch anti-war activist to the end, died in 2005.

Trump, of course, now wields the awesome power to send men and women into combat to defend our nation. Members of our military have died while he has been in office, and sadly, more are likely to die before his presidency ends.

Our presidents – both Democrat and Republican – all say sending members of the military into harm’s way is the hardest decision they face in the White House. We can only hope and pray that on Memorial Day in 2021 the list of more than 1.1 million dead we honor who fell in all of America’s war combined will not be much longer than it is today.