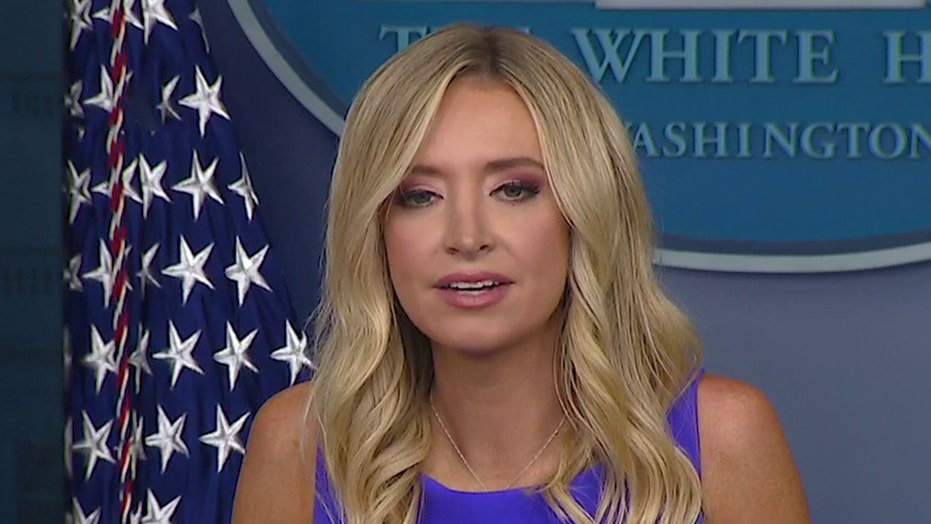 Don't listen to White House press secretary Kayleigh McEnany's predictable critics. The level of vitriol the leftist media hurls at her daily -- during and apart from the press briefings -- conclusively proves she is doing a superb job.

Liberal journalists whip their long knives in her direction and seem shocked she doesn't grovel. They've been savaging her since her first press conference on May 1. No one with the audacity to work for President Donald Trump deserves a second's worth of honeymoon.

On McEnany's first day, New York Times White House correspondent Annie Karni quoted her as saying she would never lie to the press and then cited numerous examples of her supposedly violating the oath right off the bat.

They were lying in wait for her.

They still are. On May 26, Tom Jones from Poynter called McEnany "arrogant, inexperienced and ineffective." "(S)he just looks overmatched," he wrote. "(I)n barely more than a month, McEnany has already had several high-profile controversies."

I wonder why she's had "controversies." Could it be that the White House media cabal enters those briefings with war paint -- ready to smear President Trump and discredit McEnany if she interferes with their plan?

The media's attitude is purely adversarial, yet they act appalled that McEnany returns fire, albeit calmly, respectfully and eloquently. They uniformly dismiss this Harvard Law graduate as green and over her head, but she is remarkably polished, and it is driving them mad.

It would be different if the media were to use the briefings to help inform the viewing public. But few of them ever ask questions that could better inform the citizenry. Instead, they serve up accusations not even thinly disguised as genuine questions. 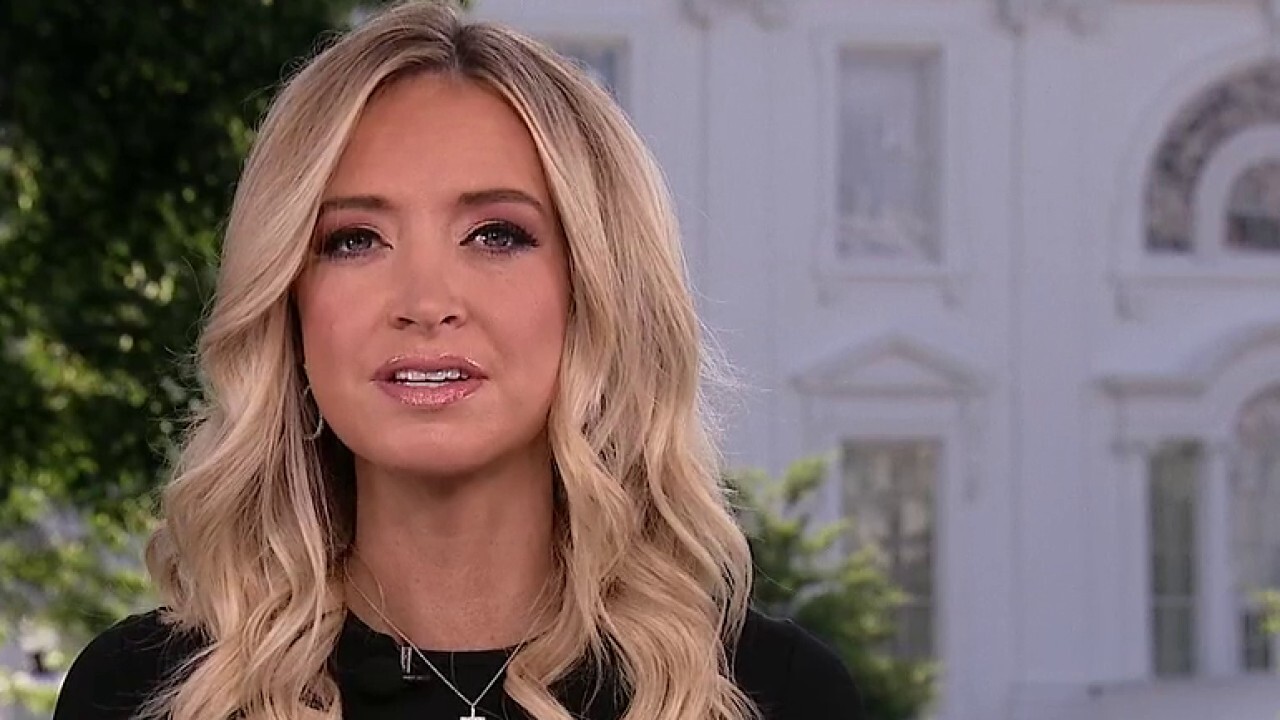 As I watched this, I was stunned at the brazen inappropriateness of the question -- and few things from this bunch surprise me. When McEnany refused the bait and said that every single life matters, Lizza persisted, asking, "When voters go to the polls in November and they want to judge the president on his response to this pandemic, what is the number of dead Americans that they should tolerate ...?"

The question was so out of line I admire McEnany for retaining her composure. But she crossed the media's inviolable line in telling Lizza he was asking the wrong question and suggesting that he could have asked a more pertinent one. How dare she position herself as his equal?

Fair observers know that Lizza's question was crass, outrageous and an egregious example of the left politicizing everything about the coronavirus.

The media's attitude is purely adversarial, yet they act appalled that McEnany returns fire, albeit calmly, respectfully and eloquently. They uniformly dismiss this Harvard Law graduate as green and over her head, but she is remarkably polished, and it is driving them mad.

You see, you are not allowed to talk back to the sacrosanct Washington press corps, especially if you work for that unrefined, interloping president who stole the election and is still trespassing on 1600 Pennsylvania Avenue. As Trump's press secretary, McEnany is an accessory to his adverse possession of the White House who forfeited any expectation of civil treatment when she accepted the job. 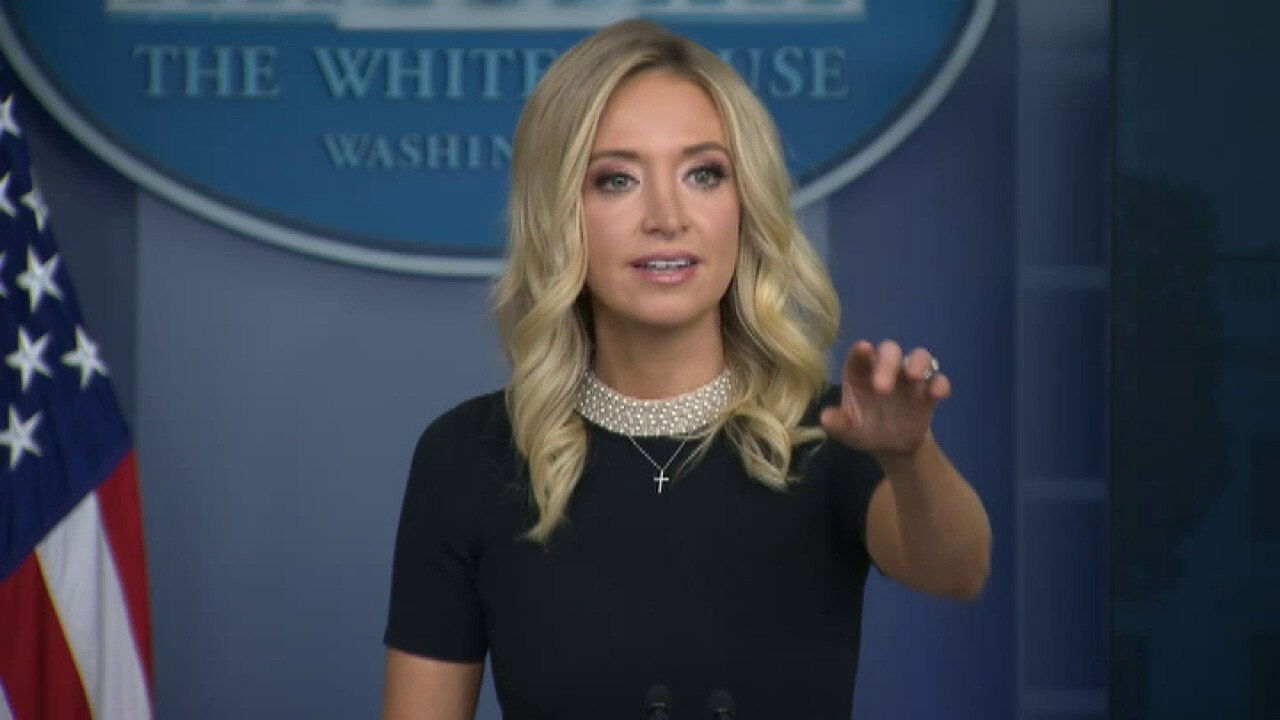 Some television anchors and commentators are particularly offended by McEnany's aforementioned practice of parrying the hostile questions they volley at her with suggestions of other questions. This just cannot happen because the press is holy and McEnany is their inferior who must curtsy while they abuse her and slander her boss.

It is odd enough these self-important journos believe they are above challenge, but it is even more so considering they draw first blood. Do they actually believe McEnany is supposed to stand there passively in the face of their mistreatment, and not fire back and reasonably defend herself and President Trump?

I can guarantee you one thing: The tens of millions of Trump supporters don't agree, and they have her back. We don't share the media's warped belief that they can behave rudely and then whine like innocent victims when they get a small dose of their own medicine.

The media can continue this sick charade that they are objective journalists, but half the nation knows better, and the other half probably does, too. But many approve of the media's odious behavior because they applaud a media at war with a president they loathe. Anyone familiar with media "fact-checkers" knows that today's left describes contrary opinions as lies.

Even if McEnany were completely deferential, the Trump-hunting media would never accept her unless she betrayed Trump. They would accuse her of lying anytime she presented a position that differs from theirs.

The liberal media will continue to posture and complain about McEnany, and the rest of us can rest assured that in so doing, they further validate her in our eyes.

David Limbaugh is a writer, author and attorney. His latest book is "Guilty By Reason of Insanity: Why The Democrats Must Not Win" Follow him on Twitter @davidlimbaugh and visit his website at www.davidlimbaugh.com.