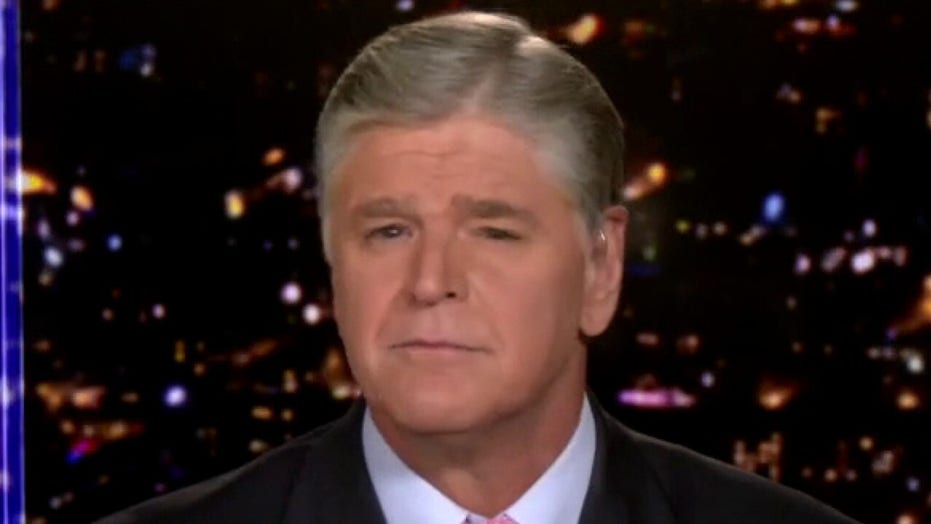 In order to shore up his radical base, Joe Biden is bowing down to extremists.

Joe Biden is "bowing" to far-left extremists who hate law enforcement, as well as normalizing socialist policies by borrowing from Sen. Bernie Sanders' campaign platform, according to Sean Hannity.

In Monday's opening monologue, Hannity announced that Seattle's city council had voted 7-1 to move forward with defunding its police department, calling it the latest example the vision for America that will take effect if Biden wins in November.

MIKE HUCKABEE: JOE BIDEN IS 'NOT AN OPTION' FOR 2020 RELIGIOUS VOTERS

"Regardless of whatever name they call it, whatever country they've tried it in, lofty promises that everything is going to be taken care of, socialism always results in broken promises, widespread misery, dramatic increases of poverty, carnage, corruption, loss of freedom, and one-party rule," the "Hannity" host said.

"Every single Marxist state throughout history is an utter failure. Still, in order to shore up his radical base, the very weak Joe Biden is now bowing down to these extremists and tapping Bernie Sanders as his chief economic czar -- literally plagiarizing, as usual, his socialist platform word for word," he continued.

Hannity went on to say that "confused Joe Biden ... will be beholden" to groups like Antifa that "want to upend our entire system of governance."

BIDEN SAYS SOME FUNDING SHOULD 'ABSOLUTELY' BE REDIRECTED FROM POLICE

"Now [Sanders is] calling the shots inside the Biden campaign because Joe is desperate ... and maybe that's why Biden is also adopting the radical left's war on police," Hannity said.

"Remember the police have become the enemy, he said -- funding absolutely will be redirected away from law enforcement. How do you think that's going to work out in Seattle or any of these other cities? Biden now supporting $0 bail for criminals and yesterday on Twitter suggesting that Michael Brown [of] the Ferguson incident, was killed because of racist police."

Hannity emphasized that Biden's "own Justice Department" -- while in his capacity as vice president -- concluded that the police-involved shooting that led to Brown's death was justified.

"It wasn't Joe and Barack that implemented police reform and criminal justice reform," he concluded, "that would be Donald Trump."