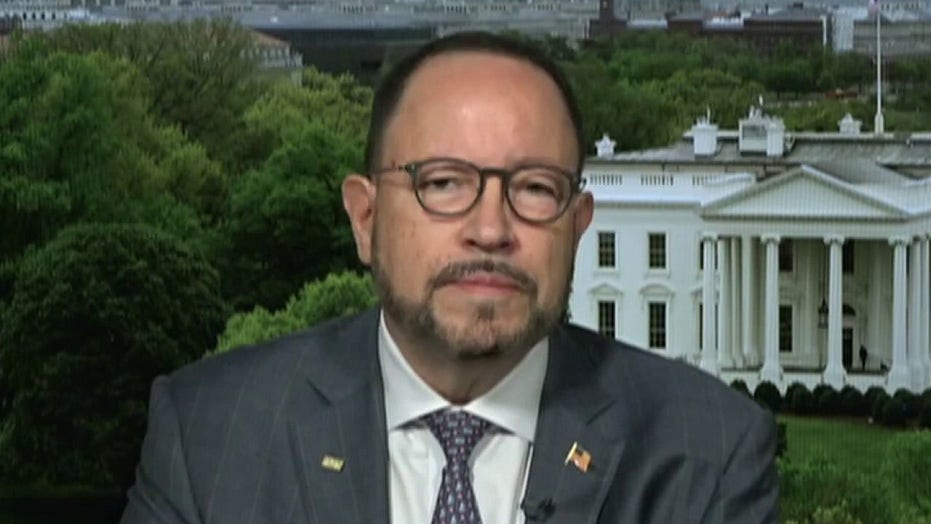 I proudly joined President Trump at a White House event Thursday announcing his Hispanic Prosperity Initiative, an executive order to improve Latinos' access to educational and economic opportunities. Along with several other Hispanic leaders, I will serve as a commissioner of this important campaign.

Goya Foods is the largest Hispanic-owned food business in the U.S., employing more than 4,000 people, many of them Latino, and indirectly supporting the livelihoods of countless more. The family-owned company, founded by immigrants, is donating 1 million pounds of chickpeas and 1 million pounds of other products to food banks across the nation to help needy families.

"We are blessed, and we want to give back," Unanue said.

Yet Trump's outreach efforts to minorities have always triggered a particular case of Trump Derangement Syndrome among Democrats and activists. According to Pew, Hispanics will be the largest block of minority voters in the 2020 election for the first time. Democrats and their allies don't want anything cutting into the lock-step Hispanic support they take for granted.

President Trump has already been one of the best presidents in history for Hispanic Americans. Before the coronavirus pandemic, Hispanics' median incomes reached record highs, while their unemployment rate reached an all-time low.

The president's tax cuts and deregulation disproportionately helped Hispanics, who are nearly twice as likely to start their own business as other ethnicities. This executive order will bolster these gains and accelerate the nation's economic recovery.

Yet none of this has stopped Goya from being targeted by the anti-Trump mob. Following their outrage playbook, leftists took to Twitter to announce that they're done with the company. Goya was the No. 1 trending topic on Twitter on Thursday night.

Rep. Alexandria Ocasio-Cortez, D-N.Y., tweeted: "Oh look, it's the sound of me Googling 'how to make your own Adobo.'"

Tell us AOC, how does this "sound" differ from any of your other search queries on how to destroy businesses and jobs?

Former Obama administration Housing and Urban Development Secretary Julián Castro tweeted: "@GoyaFoods has been a staple of so many Latino households for generations. Now their CEO, Bob Unanue, is praising a president who villainizes and maliciously attacks Latinos for political gain. Americans should think twice before buying their products. #Goyaway."

Celebrity chef Jose Andres and political commentator Ana Navarro-Cardenas also called for boycotts. Lin-Manuel Miranda, star of the hit musical “Hamilton,” tweeted: "We learned to bake bread in this pandemic, we can learn to make our own adobo con pimienta. Bye."

Unmentioned by these social justice warriors is that Unanue is no partisan.

In 2018, one group ranked Goya as the second-leading U.S. brand for its social influence and community support.

Like any patriotic business owner, Unanue doesn't turn down the requests of any president of the United States based on the president’s political party.

Although it's often hard for partisan hacks to understand, most Americans' political loyalties aren't 100 percent Democratic or Republican.

Not all the Twitter reaction was negative. Goya's many defenders included the likes of Dinesh D'Souza, who tweeted: "I've been eating #Goya beans nonstop since this idiotic boycott, but I must say I did not anticipate the adverse effects on my love life."

Goya embodies the best of America, and the nation is fortunate to have its CEO taking part in President Trump's Hispanic Prosperity Initiative. Cancel culture, on the other hand, is a virus.

Alfredo Ortiz is President and CEO of the Job Creators Network, a non-partisan organization founded by entrepreneurs.