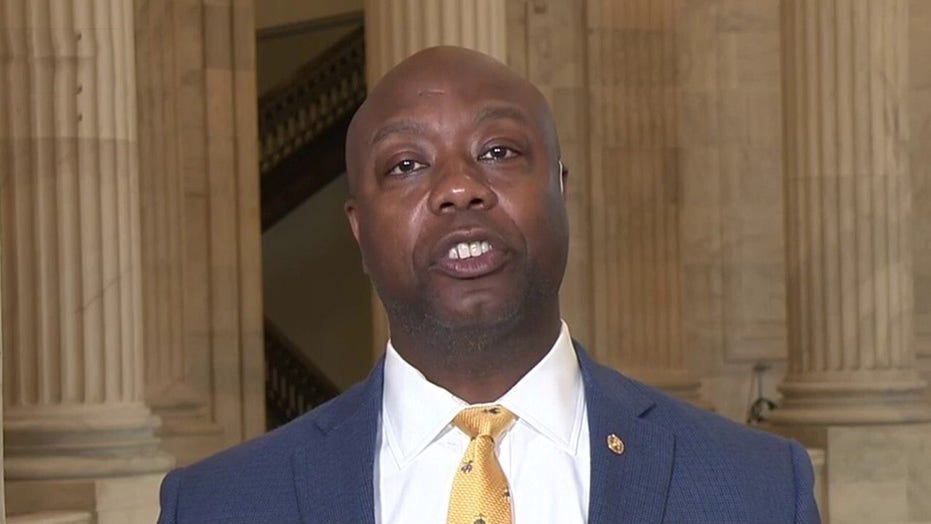 The death of George Floyd, his plea for help, for air, and for his mother will be etched in the consciousness of an entire generation of Americans.

As the viral footage of George Floyd’s death surfaced, it seemed, for a brief moment in time, America’s indignation was united over the unjust death of another black man.

Tragically, as anger boiled into action, our nation witnessed peaceful protests grow into violent riots that were hijacked by anarchists and have cost our nation more innocent lives, billions in damages, and wounds of divisions that will not be easily healed.

But beyond the smoke and ash, lies hope, and it is in this trying time we as Americans must unite to seek justice and find actionable solutions that no longer pit race against race, or prejudice against prejudice, but seek to uphold the principles of our great nation.

To start, Congress can pass the Walter Scott Act, a bill Sen. Tim Scott, R-S.C., previously introduced to honor a black South Carolina man shot in the back during a daytime traffic stop for a non-functioning brake light.

This bill would require states that receive federal funds for law enforcement to document when an officer is involved in a use of force situation that results in a civilian casualty.

Additionally, in a recent conversation with President Trump, Scott urged the president to establish a Federal Race and Justice Commission to address the root causes of, and find solutions to, unjustified police violence against black and brown folks.

George Floyd was the unheard voice, his cry for help was ignored, his plea for breath was silenced under the pressure of a knee.

Such a commission would include voices from law enforcement (almost all of which are committed to protecting all citizens), the black and brown communities, civil rights groups, state and local government, and the faith community. President Trump’s involvement here is critical. He is respected by law enforcement and was the key to securing law enforcement support for the First Step Act.

This is President Trump’s moment for leadership and he will be the difference-maker.

As someone who worked on Capitol Hill and is seeking to become a policymaker, I believe the immediate adoption of these two straightforward, concrete policies will send a clear message to a frustrated, nearly fed-up black America. “We hear you!”

The Rev. Dr. Martin Luther King Jr has been often cited over the past four days as saying “a riot is the language of the unheard,” but there is more to his message. Dr. King emphasized that “we must always work with an effective, powerful weapon and method that brings about tangible results. But it is not enough for me to stand before you tonight and condemn riots. It would be morally irresponsible for me to do that without, at the same time, condemning the contingent, intolerable conditions that exist in our society.”

The looting, the riots, the chants cursing the police, this will not bring positive change and it fails to honor George Floyd.

George Floyd was the unheard voice, his cry for help was ignored, his plea for breath was silenced under the pressure of a knee.

We, as united Americans, should cry over the death of George Floyd – we should decry the riots without exception, and we should move to bring about actionable change that will ensure justice for all. George Floyd’s voice should be unheard no more.

Shay Hawkins served as lead policy adviser to Sen. Tim Scott, R-S.C., who was the first black man ever elected to both the U.S. House and Senate. A native Ohioan, Shay also served as a tax fellow to Rep. Jim Renacci, R-Ohio, where he was part of a team of tax attorneys that led the development of a comprehensive tax reform plan.