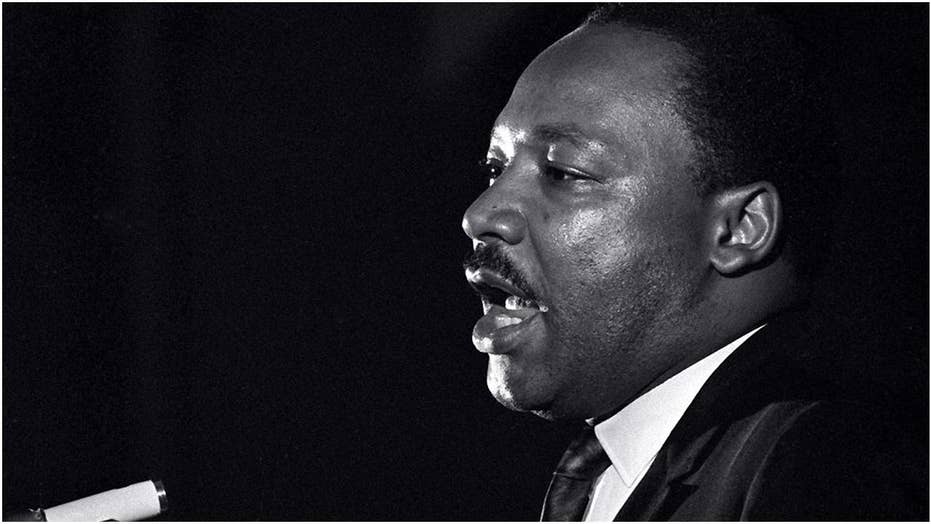 When Alveda King reminded me that Martin Luther King Jr. and his fellow leaders brought their Bibles when they marched for our civil rights in the ’60s, the light turned on.

The root cause of our current issues in America is much bigger than the evils of police brutality; we have allowed a widespread progressive culture to take hold that has abandoned the fear of God.

That culture caused Minnesota leaders to ignore the actions of a rogue cop for over a decade. That, in turn, led to a police officer's actions, caught on video, which resulted in the death of an innocent man in broad daylight.

Now, this same evil is causing some of America’s most admirable influencers to support and justify looting and rioting. It’s shameful.

It’s shocking to me that our nation is on fire, and people are demanding change to police culture while ignoring the incompetence of the elected officials who oversee them. We are watching cities run by progressive mayors and state officials who have blatantly refused to enforce common-sense laws when it comes to police officers.

It should infuriate all of America that Minnesota’s progressive state and local officials – including Sen. Amy Klobuchar, Attorney General Keith Ellison and Mayor Jacob Frey – allowed Derek Cauvin to remain on the police force after 17 complaints were filed against him. No job in America would allow an employee to remain on duty under such circumstances, let alone in a job as important as policing a diverse community.

Progressives are quick to call conservatives racist but they have allowed this very racism to exist in the communities they’ve been elected to serve.

The reality is that progressives prefer personality over policy, and support leaders who say the right words while pushing oppressive and ungodly policies.

Minneapolis Mayor Jacob Frey allowed a historic American city to burn and let a police station be overtaken by rioters. Gov. Tim Waltz said the majority of the offenders came from out of state but police reports show that a majority of those arrested were actually residents of Minnesota.

This misguided governance is the result of a new age of leaders in many American inner cities who do not display a fear of God. It has become culturally acceptable to embrace and promote policies that condemn godly principles. This causes confusion among citizens and results in leaders who are not bold enough to make tough decisions out of fear of angering their ungodly base of voters. This is much different from when MLK marched for civil rights with his Bible.

In recent days we have seen youngsters posing in front of a burning building or inflamed police vehicle for a selfie. We've watched precious historic churches being vandalized and set on fire. These violent acts let you know that we have embraced a culture that has completely lost its fear of God. Terrorizing the same communities you claim to be standing up for is pure evil. Justifying it as a payback for past sins is an insult to the word of God and further delays our nation's much-needed focus on reconciliation.

Look no further than the progressive leaders and influencers who are now donating money to an organization that is helping Minneapolis protesters get out of jail. Sadly, according to reports, this includes many staff members of former Vice President Joe Biden's campaign, as well as well-known entertainers, musicians and athletes.

The reality is that progressives prefer personality over policy, and support leaders who say the right words while pushing oppressive and ungodly policies. This incubates the culture that feeds the souls of our youth. They continuously fight to remove the presence of God from our public schools, never asking for more spirituality. They support policies that discourage fatherhood, never entitlement programs that reward it. They never mention spiritual reconciliation, instead focusing on dividing people based on identity. They push for bigger government, but there is never a bigger focus on serving God.

I pray we can wake up as a nation and identify our real enemy. Hopefully, these protests ignite a movement to focus on feeding our spirits through reconciliation in order to heal our land.

Jack Brewer, is a former NFL safety and 3x team captain who played for the Vikings, Giants, Eagles and Cardinals. He is the co-host of the digital podcast “Level Headed” with Mike Lindell and Jack Brewer. He is a devoted philanthropist who served four years as an Ambassador for Peace and Sport for the U.S. Federation for Peace and Development at the United Nations. Jack is a former Investment Banker and current Professor at the Fordham Gabelli School of Business where he is the Program Director for the Athletes and Artist Executive MBA program. Brewer is an ordained minister who works in prisons across America. Follow him on Twitter @JackBrewerBSI.