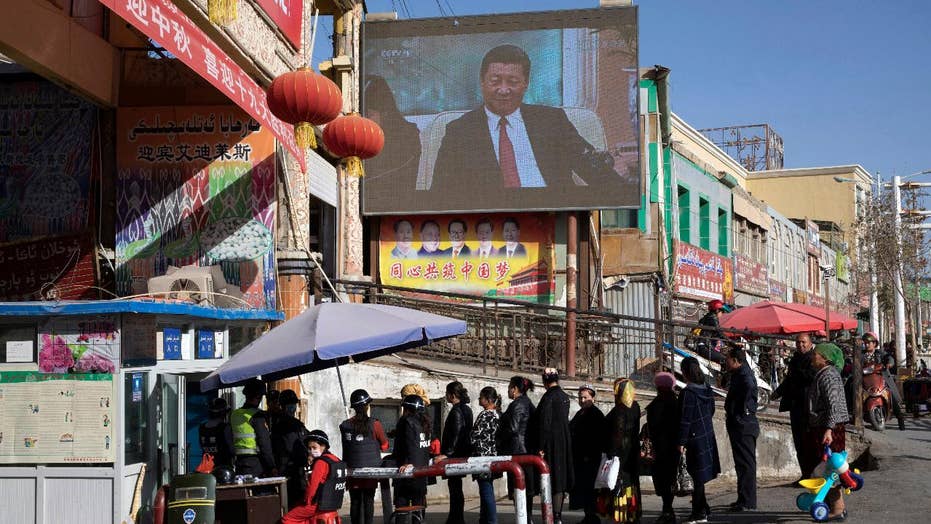 There is nothing independent about China: KT McFarland

Under President Trump’s leadership, our nation’s vast research enterprise is fully engaged to confront the COVID-19 pandemic. Ultimate victory depends on our scientific preeminence rooted in the longstanding and often unspoken principles of integrity, transparency, cooperation, openness, impartiality, respect, freedom of inquiry, reciprocity and accountability to the American people.

Yet these principles — and the security and integrity of America’s research enterprise — are being undermined by some researchers and foreign governments that are robbing the American people of federal research dollars, new discoveries and innovations.

These threats impact our public health and national security. For example, the FBI and Department of Homeland Security recently warned that the People’s Republic of China was attempting to steal American vaccine and therapeutics research — an unconscionable act in the midst of the coronavirus pandemic.

The Trump administration has taken decisive action to protect the U.S. research enterprise. Through the groundbreaking Joint Committee on the Research Environment (JCORE), the White House Office of Science and Technology Policy has led a year-long effort marshalling the entire research community to combat these challenges and ensure America remains the most innovative nation in the world.

JCORE addresses not only direct intellectual property theft, but also the broad range of increasingly widespread and systemic attempts to subvert our research enterprise.

For decades, governments have rightfully sought to attract global talent to advance their own scientific interests. However, some foreign government-sponsored talent programs — in particular some sponsored by the Chinese Communist Party — operate with the intent to import or acquire scientific and technological advancements through means that violate the integrity of the research enterprise and sometimes even violate laws.

Often using certain of its more than 200 talent recruitment programs along with lucrative financial packages, the Chinese government has enticed U.S.-based scientists, researchers and students — irrespective of their country of origin — to secretly transfer or steal federally funded work.

The vast majority of U.S.-based scientists, irrespective of their country of origin, operate with integrity and contribute significantly to our research enterprise. However, some have violated longstanding conflict-of-interest rules by failing to disclose foreign financing while receiving American taxpayer-funded grants, often for the same work.

In one notable case, the chair of Harvard University’s Chemistry Department allegedly lied to investigators about his participation in China’s Thousand Talents Program, through which he established a research laboratory in Wuhan, China.

Recently, 54 scientists were fired or resigned after an investigation by the National Institutes of Health uncovered violations including undisclosed financial ties to foreign governments. Ninety-three percent of those scientists received hidden funding from a Chinese institution.

When such individuals break the rules, Beijing gains improper access to some of the $150 billion of annual U.S. taxpayer-funded research. These nefarious actions not only put our security at risk, but also undermine the foundational integrity of our research enterprise and risk eroding the American public’s trust in researchers and research outcomes at a moment when science is needed most.

The Trump administration is leading a comprehensive, enterprise-wide response equal to the threat. Just last month, President Trump issued a proclamation denying visas to certain graduate students and researchers affiliated with Chinese institutions carrying out Beijing’s Military-Civil Fusion strategy. This policy will prevent the Chinese Communist Party from exploiting access to our nation’s educational and research centers to advance its military development.

Even before this action, the White House has coordinated over two dozen federal research and development, law enforcement, and national security agencies through JCORE to strengthen the security and integrity of our research enterprise.

Over the last year, JCORE has focused its efforts on identifying the scope and scale of risks, generating guidance for federal agencies to strengthen protection of U.S. government-supported research and development against foreign government interference and exploitation, and developing recommendations for academic and research institutions.

But the federal government cannot address these risks alone. That is why, through JCORE, we have gathered leaders from the private sector, academia, nonprofit and philanthropic organizations, and professional societies to ensure the collective actions we take balance the openness critical to the conduct of research with our need to protect our research enterprise.

I personally have met with allies abroad and visited academic institutions across America to hear directly from those experiencing similar threats. The Trump administration is also working closely with Congress, which has shown strong bipartisan support on these issues.

In President Trump, our innovators have a champion in the White House who is fiercely standing up for American values and defending our research system from foreign subversion. JCORE is at the center of this president’s whole-of-nation effort to protect American interests and defend our hard-earned research.

The Trump administration’s commitment to honest and principled research will continue to unite, inspire and guide the American research enterprise so it remains the envy of the world.

Dr. Kelvin Droegemeier is director of the White House Office of Science and Technology Policy and serves as President Trump’s science adviser. He previously served as vice president for research and regents’ professor of meteorology at the University of Oklahoma.