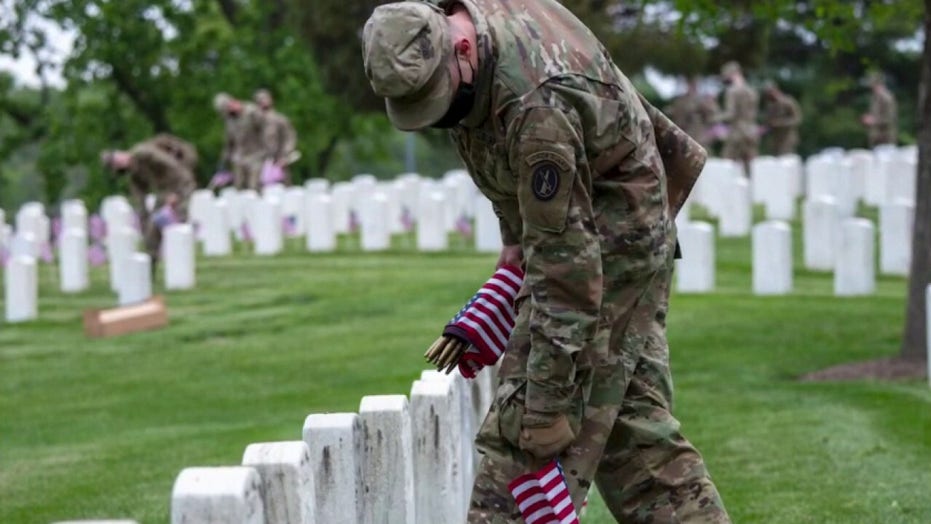 This Memorial Day as we honor all of the men and women who have given their lives to defend our great nation, we as well as hundreds of other families of the fallen are hopeful that the American people and those who represent us on Capitol Hill will not just talk about honoring the fallen, but take action.

Service members, families of the fallen, and veterans are uniting to reach out to their members of Congress to support the creation of a lasting memorial to The Global War on Terror (GWOT) on the national mall.

House Resolution 5046, the Global War on Terrorism Memorial Location Act, seeks permission to commission the GWOT Memorial on one of three sites near the Korean, Vietnam, and World War II memorials.

There is truly no other place to put a memorial that gives those who have volunteered to fight, bleed and die for us, the honor, respect, and memorialization worthy of their sacrifices.

The GWOT is our nation’s longest war and our only war fought by an all-volunteer military.

The GWOT began in response to the attacks against our nation by Al Qaeda terrorists on September 11, 2001 and continues to this day in over fifteen countries.

Over 7,000 service members have made the ultimate sacrifice fighting in the GWOT for our nation.

Despite the length of this war and the wide geographic breadth of this fight, less than one percent of the nation has served in the military since the war began.

The 19-year war has largely been sustained by most service members deploying multiple times over the course of their careers, creating a unique generation of warriors who survive war, return home to prepare for more war and deploy again until they reach the end of their time in service or are killed in action.

As a byproduct of this war’s length, it has become a family affair for many of us.

Joe Kent met his late wife Shannon training for war between his eighth and ninth deployments, she was between her fourth and fifth deployments.

Joe deployed again while she was pregnant with their sons and she deployed again in 2018 to give her life fighting ISIS in Syria alongside three other Americans, Jon Farmer, Scott Wirtz and Ghadir Taher, all of whom had spent most of their adult lives at war or training for it.

To many Americans outside the military community, I’m sure our lifestyle sounds unique, but it is not.

There are many couples and families like us, there are many parents in uniform who have proudly watched their sons and daughters join our military and deploy to war.

This war is not just the business of professional armed services, it is also a multi-generational family affair.

This is a tribute to our nation, we know that America and our freedoms are worth fighting and dying for.

An unintended byproduct of the all-volunteer force is that the American people have become disconnected from the wars fought in their name.

Because of this disconnect between the American people and wars, our elected officials have also become distant from the wars that they fund and oversee and the immense amount of sacrifice behind them.

The American people honor and trust their military -- but it has become its own small subculture within our nation of few who bear the brunt of sacrifice.

Building a lasting memorial on the national mall in Washington to the GWOT would serve as a tribute to all who have served our nation and all who have paid the ultimate sacrifice, while also connecting the American people and our elected officials to our nation’s longest war.

The GWOT is far from over and deserves the attention of the American people and leaders.

Placing the monument within the very fabric of our nation’s seats of power and the monuments of our founders embeds this war in the hearts of all Americans and hopefully reminds our leaders that this war is still being fought and deserves their support and attention.

We ask that our elected leaders and the people of America help us get this sacred mission accomplished. It is the least we can do for the few who have sacrificed so much over so many years.