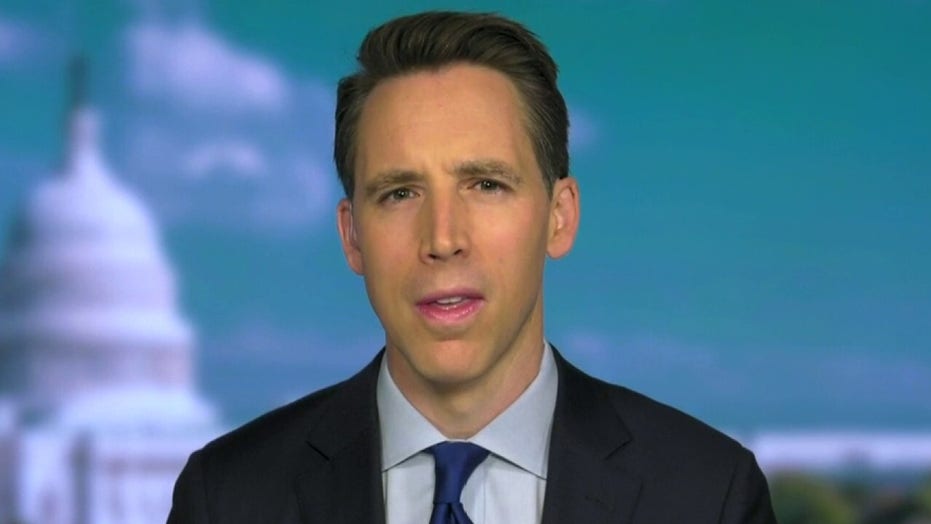 Sen. Hawley on the threat US faces from China: We need to stand up to it

Remember the old public relations maxim: “There’s no such thing as bad publicity”? Try telling that to Beijing. Having loosed a pandemic, China finds itself (quite deservedly) deluged with bad publicity.

Yet, oddly, the regime seems to think the best way out of their image nightmare is to make it worse.

Well, alrighty then. If that’s their play, the U.S. ought to spend more time thinking about how we can help the Chinese Communist Party dig itself a deeper hole.

DR. SYRA MADAD: CORONAVIRUS PROTECTION – AS COUNTRY REOPENS, THIS IS YOUR BEST DEFENSE

The list of China’s self-inflicted wounds grows longer by the day. They failed to confine the epidemic in Wuhan. They allowed millions of travelers to carry the disease around the world. They failed to inform the world of the disease in timely fashion. They failed to cooperate with other nations seeking to understand the disease. They hoarded protective equipment. They spread lies (like blaming others for the outbreak) to deflect criticism. Then they started threatening some countries — like Australia — that announced plans to investigate Beijing’s handling of the outbreak.

Global anger at China does not seem to be waning. Even countries that complain about the current U.S. administration will, in their next breath (or under their breath), complain even more about Beijing.

Of course, China sees the U.S. as the big obstacle on its long march to become the world’s most dominant military and economic power. However, Beijing’s strategy has always been to “win without fighting.”

Rather than directly bump heads with Washington, it seeks to find ways to undercut U.S. dominance, bend international organizations its way and draw off American friends and allies.

The Trump administration has pushed back bluntly. It has slapped tariffs on Chinese goods and pressed for better trade deals. It has actively opposed China’s candidates for leadership positions in international organizations. And it has called out Chinese disinformation and lies disseminated during the pandemic response.

The regime has demonstrated once again it cannot be trusted to uphold its commitments. And it has shown its willingness to bully and bluff to get its way.

All of this creates a challenge for China, and a 16-page summary of the American strategy recently published by the White House shows the U.S. has no intention of backing down. The COVID crisis, in fact, seems to have steeled American resolve.

To make matters worse for Beijing, that American resolve in spreading.

Several countries have joined the U.S. in pressuring the World Health Organization (WHO) to readmit Taiwan as an observer. (Taiwan was kicked out of the organization in 2016 at Beijing’s insistence.) A number of countries have also demanded an independent investigation on both the WHO and Beijing’s influence on its leadership.

The Chinese response to this has been to put on a brave face and act even more belligerently than usual. They have been more vociferous in their claims on the South China Seas and moved troops into contested regions of the border with India.

Most troubling of all is the regime’s announcement that it will pass legislation that could significantly compromise the freedoms of the people of Hong Kong, gutting the commitments Beijing swore to uphold when it signed the “Basic Law,” marking the return of the island to China from Great Britain. If the law looks like what we expect, the deal of “one country, two systems,” will be effectively dead.

China’s troubles with Hong Kong predated the COVID crisis. Demonstrations against Beijing’s interference in the governing of the island sparked massive demonstrations and even some violence. That news was overwhelmed by the pandemic.

While it was always assumed the Chinese Communist Party would circle back and punish the people of Hong Kong for their upstart behavior, the fact that they’re doing it right now is interesting. It appears that Beijing wants to use Hong Kong as an example; by throwing its muscle around there, it hopes to remind the world not to mess with China and to demonstrate that those who dare to push back will pay a price.

Yet, this round of aggression comes with a cost. The regime has demonstrated once again it cannot be trusted to uphold its commitments. And it has shown its willingness to bully and bluff to get its way. That will only make the world more wary of China.

The U.S. administration is absolutely right to take a strong stand and condemn the proposal for the new law. China will never stop its destabilizing actions unless the U.S. stands strong to defend its interests and work with friends and allies to mitigate the China challenge.

In dealing with the Beijing bullies, the U.S. must stick to its strategy: when China does wrong, we need to call them on it and make them pay a price for their bad behavior.