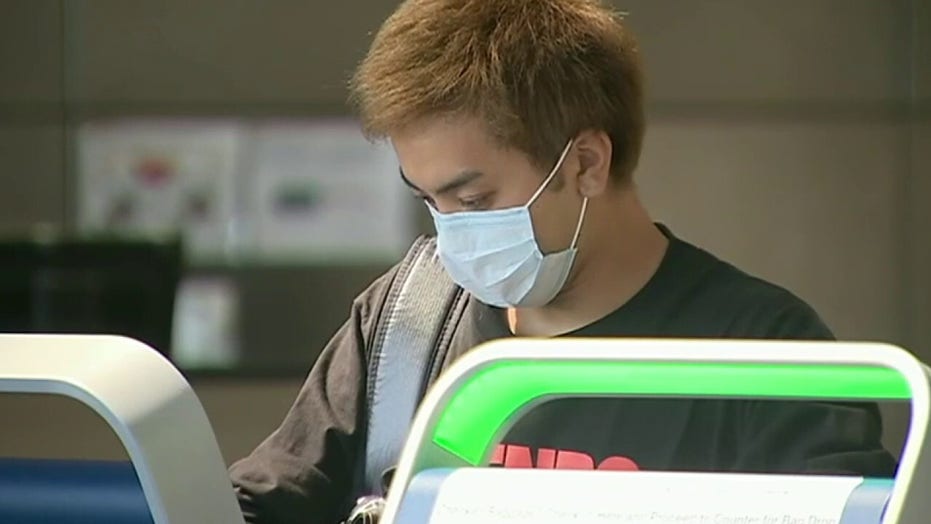 William La Jeunesse reports from LAX on how all face coverings are not created equal.

In a recent interview that I highlighted on my podcast, Los Angeles Mayor Eric Garcetti made perhaps the most incredible statement by any socialist-sympathizing politician during the current coronavirus crisis. He actually vaporized the entire Bill of Rights in less than an entire sentence.

Discussing the severe restrictions he imposed on residents of his city in response to the coronavirus pandemic, Garcetti said: “let’s continue to earn this freedom.”

HUNKER DOWN: SOME STATES SAY NO FULL-SCALE REOPENING UNTIL CORONAVIRUS VACCINE, TREATMENT IS READY

Without a close competition for second place, this is the most outrageous and un-American statement I can remember coming from a major political figure. What’s perhaps most troubling is that Garcetti probably didn’t even realize it.

Our Declaration of Independence makes it crystal clear that we as Americans don’t have to “earn” anything from the likes of Garcetti or Los Angeles County Health Director Barbara Ferrer.

The Declaration states: “We hold these truths to be self-evident, that all men are created equal, that they are endowed by their Creator with certain unalienable Rights, that among these are life- liberty, and the pursuit of happiness.”

But of course, you know this, even if the mayor doesn’t. Newsflash, Mr. Mayor: God gave us our freedom and unless you recently got a serious promotion that we’re unaware of, I don’t think you have the requisite authority.

Let me help set you straight, Mayor Garcetti. While the idea of natural law predates Locke (who was born in 1632) in various forms, it was Locke who made it front and center with regard to defining a just form of government.

Locke made it clear that natural law applies to all people and can be discovered through reason. No revelation required, as is the case with Divine Law.

Our right to life, liberty and property were “natural” under Locke’s construct. He believed that virtually any limitation imposed by government upon our use and expression of those rights is a violation of the law, not an expression of it.

Garcetti seems to think that his ideas and those of his advisers supersede natural law and our Constitution, and if we’re good boys and girls, we might just be rewarded and have our fragile freedoms restored.

Garcetti is treating residents of his city like children who have had their favorite video game taken away and have to keep their rooms clean for five straight days to get it back. The mayor is telling us that rights are not rights, but are simply state-granted privileges.

The city of Los Angeles and Los Angeles County have some of the most severe coronavirus restrictions of any communities in the country. Just as recently as Tuesday, the near house-arrest measures were said to be likely extended another three months as directed by Dr. Ferrer.

Doctor of what, by the way?  I share a growing skepticism held by many Americans of doctors being given under-examined, unchecked influence either in government or in the media, simply because they have the title of doctor before their name.

I respect their experience, and value their counsel, but it doesn’t mean we shouldn’t question their conclusions.

Ferrer, for example, is a doctor of social welfare, not medicine. She’s supposed to be overseeing Los Angeles’ growing homeless crisis. Instead, she’s best known for starting the National Day of Racial Healing while at the Kellogg Foundation, as well as Truth, Racial Healing, and Transformation Centers on university campuses.

And now Ferrer is known for advising Garcetti to extend Los Angeles’ draconian lockdown measures all the way to Independence Day.

Presumably with Ferrer’s support, Garcetti’s statement is the sort of a slip that reveals his contempt for our Declaration of Independence and Constitution.

Going back to President Woodrow Wilson and ever since, Democrats have ranged from expressing frustration to voicing open hostility for the limits that the Constitution places on government and their collectivist dreams of ordering society the way they believe is best.

Freedom means being able to walk in whatever direction you wish to walk when enjoying a public park.  Liberals hate that!

Thank you, Mayor Garcetti and Dr. Ferrer, for showing us your hand.

I have a message to Garcetti and Ferrer and to all the other mayors and doctors out here who are enjoying their moment of directing freedom-limiting public policy by edict, telling us what we have to do to “earn it back.” Our freedom is not yours to give back to us. It is ours to take back from you.

Charlie Kirk is the author of the upcoming book, “The MAGA Doctrine: The Only Ideas That Will Win the Future” (Broadside Books, March 3) and host of "The Charlie Kirk Show."