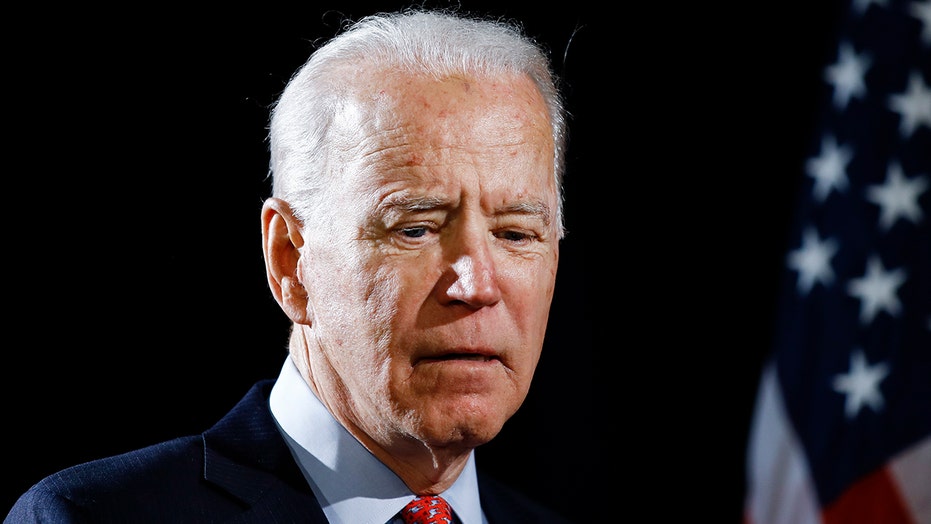 Presumptive Democratic presidential nominee Joe Biden told an African-American talk show host last week: “If you have a problem figuring out whether you’re for me or Trump, then you ain’t black.” It was not a one-off remark.

After strong condemnation, including from some fellow Democrats, Biden attempted to walk back his statement, suggesting he was trying to be funny. Biden has made other demeaning comments about minorities for many years.

They are part of a pattern.

HARLEMITES SOUND OFF TO LAWRENCE JONES ON BIDEN 'YOU AIN'T BLACK' COMMENTS: 'TRYING TO MARGINALIZE US'

One of the definitions of “pattern” is: “a combination of qualities, acts, tendencies ... forming a consistent or characteristic arrangement.”

In his self-defense, Biden frequently says, “Look at my record.” OK, let’s look.

Biden claims the NAACP has supported him every time he has run for office. Not so, says current NAACP president, Derrick Johnson: “We want to clarify that the NAACP is a nonpartisan organization and does not endorse candidates for political office at any level.”

Biden’s “record” of putting down minorities is also part of his pattern. In 2007, speaking of Barack Obama, Biden told Jason Horowitz of The New York Observer: “I mean, you got the first mainstream African-American who is articulate and bright and clean and a nice-looking guy,” he said. “I mean, that’s a storybook, man.”

THE LATEST FROM FROM FOX NEWS ON THE 2020 PRESIDENTIAL CAMPAIGN

Last August, while speaking to the Asian and Latino Coalition in Des Moines, Iowa, Biden associated black people with poverty: “Poor kids are just as bright and just as talented as white kids.”

In 2006 while contemplating a run for president, Biden said, “You cannot go to a 7-Eleven or a Dunkin’ Donuts unless you have a slight Indian accent.”

The Trump-Pence campaign has compiled a list of similar statements. In 1977, Biden worried about the results of certain desegregation policies: “Unless we do something about this, my children are going to grow up in a jungle, the jungle being a racial jungle with tensions having built so high that it is going to explode at some point.”

1993, Biden described “predators” unworthy of forgiveness who must be locked away from society: “[U]nless we do something about that cadre of young people — tens of thousands of them, born out of wedlock, without parents, without supervision, without any structure, without any conscience developing ... because they literally have not been socialized ... [A] portion of them will become the predators 15 years from now, and ... we have predators on our streets that society has in fact, in part because of its neglect, created…  [W]e don’t very well know how to rehabilitate them at that point. That’s the sad truth. You’re looking at the fella who is one of the primary architects of the sentencing commission.”

It was President Donald Trump who pushed sentencing revisions through Congress and won praise from African-American leaders.

In 2003, Biden delivered a eulogy for one-time segregationist Sen. Strom Thurmond: “I was honored to work with him, privileged to serve with him, proud to call him my friend.”

In 2010, Biden delivered a eulogy for a former KKK Exalted Cyclops, the late Sen. Robert Byrd: “He was a friend, he was a mentor and he was a guide.”

In 2019, Biden bragged about working with Sen. James Eastland: “Even in the days when I got there, the Democratic Party still had seven or eight old-fashioned Democratic segregationists. You’d get up and you’d argue like the devil with them. Then you’d go down and have lunch or dinner together.”

That’s the Biden record. Now let’s see him defend it.

Cal Thomas is one of America's most widely syndicated op-ed columnist in the U.S. He is the author of “America’s Expiration Date: The Fall of Empires, Superpowers and the United States,” to be published Jan. 21, 2020. Readers may email Cal Thomas at [email protected]