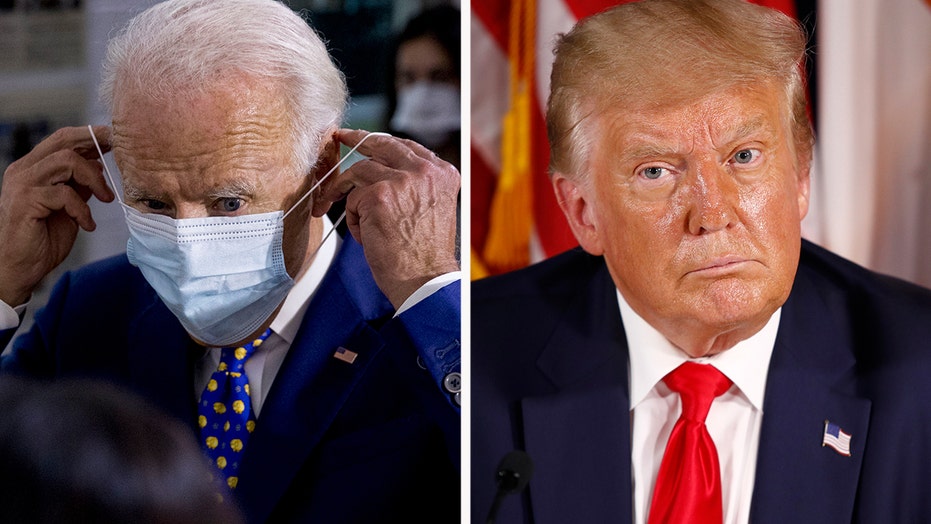 There are growing calls by leading Democrats and liberal journalists that Joe Biden skip presidential debates with President Trump this fall.

Joe Lockhart, a White House press spokesman for President Clinton, urged Biden not to debate because he is way ahead in the polls and Trump would not follow debate rules or tell the truth in the debates. Liberal journalist Elizabeth Drew recently called for scrapping the debates. The left-wing New Republic has called for canceling them “forever.”

Democratic strategist Zac Petkanas said in a July 27 tweet that President Trump “is not a legitimate candidate” and therefore doesn’t deserve a debate.

New York Times op-ed columnist Thomas Friedman wants to put impossible conditions on Trump-Biden debates such as requiring the president to first release his tax returns and having a "real-time fact-checking team" at the debates.

It is very common for candidates running for elected office to skip or limit debates when they are ahead.  But no one believes this is the reason why more and more Biden supporters are calling on him not to debate Trump.  The real reason is growing concern about Biden’s age and mental decline.

At 77, Joe Biden would be the oldest person ever elected president.  Over the last few months, he has campaigned out of his basement and taken very few questions from the press. Biden has refused to do sit-down interviews with independent or hostile journalists.

The interviews and speeches Biden has done increasingly have been marred by embarrassing gaffes suggesting mental confusion.

On the other hand, Donald Trump constantly takes questions from hostile reporters – including from CNN – and recently did a hard-hitting 40-minute interview with Fox News’ Chris Wallace.

Republicans are attacking calls for Biden to skip the debates as evidence that the former vice president’s supporters are trying to hide from the American people the seriousness of the former vice president’s mental fitness and that they are planning for a Democratic presidency in which Biden would be a “managed” president – a figurehead with government decisions and functions performed by Biden appointees and aides.

Biden’s vice president and unelected officials would run the country – and drive far-left policies -- while he spends his time meeting with Girl Scout troops and attending award ceremonies at the Kennedy Center.

Of even greater concern is how America’s adversaries would view a decision by Joe Biden to refuse to debate President Trump.

I believe there is no question that China, Russia, Iran, North Korea, Venezuela, Syria, ISIS, Al Qaeda and other U.S. enemies and adversaries are rooting for a Biden win in this November’s presidential election.

They are pining for the return of the appeasement and “leading from behind” national security policies of President Obama.

If Biden refused to debate Trump, America’s enemies and adversaries would interpret this as a sign of weakness and that his presidency would be even easier to dominate and manipulate than the Obama administration.

As a National Security Council Executive Secretary for the Trump administration, I read dozens of transcripts of the president’s phone calls and meetings with foreign leaders in which he aggressively promoted American interests such as pressing for free trade, pushing nations to increase their imports from U.S. farmers, and pressing for cooperation against common enemies.

Many of these conversations were quite heated.

Foreign leaders who failed to follow through on commitments they made with the United States frequently got an earful from President Trump.

It is difficult to see how Joe Biden as president would be capable of engaging in similar one-on-one discussions with foreign leaders to defend U.S. interests. But a decision by Biden to skip the debates would confirm his mental incapacity and suggest a Biden presidency would be the beginning of a dangerous U.S. leadership vacuum on the world stage, a vacuum America’s enemies and adversaries are eagerly looking forward to exploiting.

With this in mind, the presidential debates are especially important this year. Joe Biden needs to disprove reports about his mental fitness to the American people and the world and prove he is up to the job.

Efforts by Biden supporters to convince him to skip the debates not only cynically undermine the ability of American voters to make an informed choice this November, but it will also be taken as a dangerous signal by our enemies and adversaries.

They will see it as a sign to prepare for a possible Democratic presidency of weakness and confusion that will enable them to do major and irreversible damage to America’s security and its global leadership.