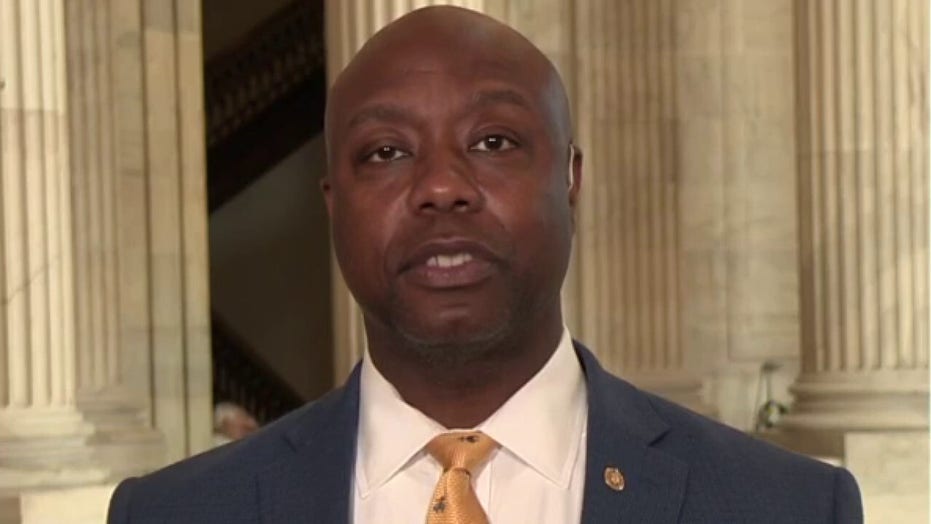 Sen. Tim Scott, R-S.C., praised President Trump's work for the black community Tuesday, telling "Your World with Neil Cavuto" that "the last three years of progress have been unprecedented in my lifetime."

Scott spoke after Trump touted his record on African-American issues in an apparent response to concerns about his handling of ongoing protests related to the death of George Floyd.

"The fact that we have secured permanent funding for HBCUs [historically black colleges and universities] under President Trump is something that was surprising, I think frankly, to the HBCUs [and] the United Negro College Fund," he said. "The president said clearly that the level of funding the last year was the highest ever. Think about the jobs created. Under this administration, we created over seven million jobs, two-thirds of those jobs went to minorities and to women.

"We had an increase the labor force participation rate among African-Americans," Scott added. "Home ownership, I believe, was up by two points under this administration. Access to a quality education improved, help for sickle cell anemia secured under this president, so when you look at the actual accomplishments -- put aside all of the vitriol, all of the rhetoric, all of the things that some may find distasteful -- the actual policy positions have been incredibly concrete.

"And I would say this has been the best policy position of a president in my lifetime, and that's what I know from just personal experience and having watched this for the last 30 years of my life."

"If we have that conversation, there will be a clear delineation about progress that has been made on behalf of of the most vulnerable communities in this country under President Trump, and some of the challenges that were inspired and enacted by Vice President Biden. So that would be a clear contrast and one that would be worthy of actual investment of time, energy to hear that debate."