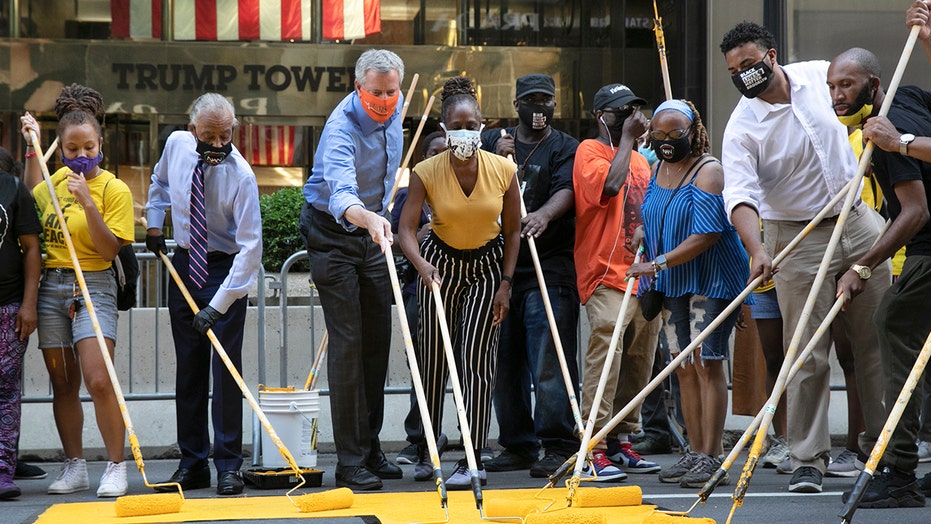 New York City Mayor Bill de Blasio says the protests are a historic moment of change that must be respected; reaction and analysis on 'Outnumbered.'

"Just imagine how that sounds when he says, 'We've got to stop everything except these protests' to those people who've had to miss funerals with their loved ones over the past few months," Hilton said.. "Because that's the kind of gathering the mayor won't allow. How offensive that is to those people...?"

However, de Blasio appeared to give the go-ahead to the protests that have swept the city following the May 25 death of George Floyd in Minneapolis police custody.

“This is a historic moment of change," de Blasio told CNN host Wolf Blitzer Thursay. "We have to respect that but also say to people the kinds of gatherings we’re used to, the parades, the fairs — we just can’t have that while we’re focusing on health right now,”

Hilton also called out the mayor for a Thursday "PR stunt" in which he helped paint "Black Lives Matter" in big lettering on Fifth Avenue outside Trump Tower.

"We've seen a lot of examples over the past few weeks and months of what's being described as 'performative wokeness' and stunts and symbols and superficial things that actually don't change anything in the real world," Hilton said. "This, however, is a particularly sickening example of that. 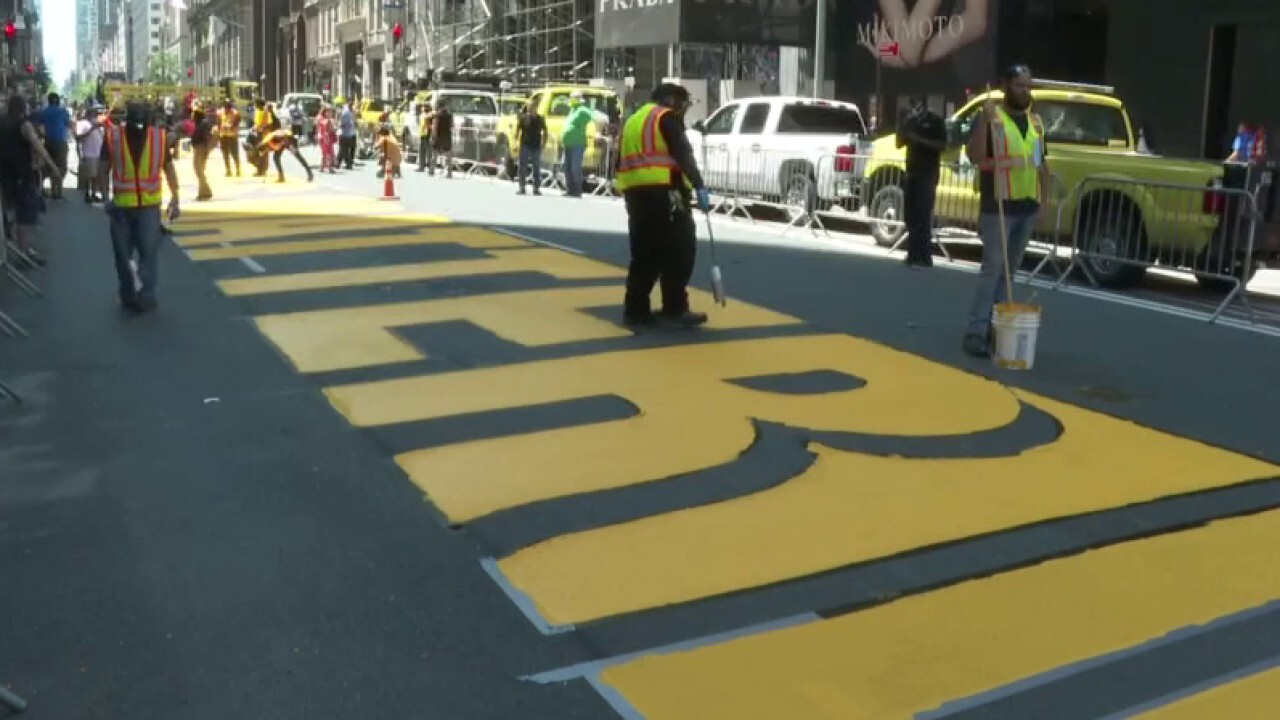 "While he's painting Black Lives Matter on that particular street in New York, you literally have Black people dying on the mayors' streets in New York because of his failures over policing," he asserted.

Last week, the Bigg Apple's lawmakers voted on budget changes that shifted $1 billion from the NYPD to programs that assist in youth and community development. That was followed by a bloody Fourth of July weekend which saw 64 New Yorkers shot, 11 fatally – including a young father who was shot while holding hands with his 6-year-old daughter in the Bronx.

In all, the city recorded 205 shootings in the month of June, a 130 percent increase over the 89 shootings that took place in the same month last year.

"I'm all for police reform. I've made that argument over and over again: sensible police reform, that's needed," said Hilton. "What we don't need is police retreat, because that means more people will be killed, including Black people."

"And, that's what's happening on his watch," he concluded. "It's totally shameful."