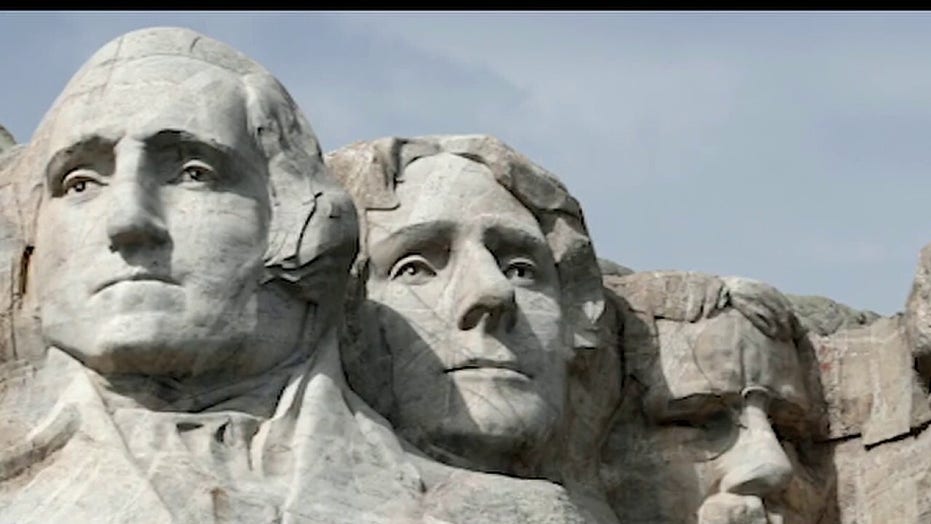 Is Mount Rushmore next? Gov. Noem won't stand for 'radical rewriting of history'

South Dakota Gov. Kristi Noem vowed to protect the famed Mount Rushmore amid a campaign to take down statues across the country that has moved quickly from targeting monuments of Confederate generals to those of former presidents.

“This is no longer about equality,” Noem told “Fox & Friends” on Wednesday. “This is a radical rewriting of our history and in South Dakota we won't stand for it.”

“Not on my watch,” the GOP governor tweeted on Tuesday after conservative commentator Ben Shapiro quipped that the chiseled faces of Presidents George Washington, Thomas Jefferson, Theodore Roosevelt and Abraham Lincoln could be the next target of the "woke historical revisionist priesthood."

There's no indication yet of any serious push against the towering monument and tourist attraction in the Black Hills of South Dakota, although Noem acknowledged on Wednesday that there has been “some activity online where people have made threats” that Mount Rushmore could be the subject of protests. Also, the figures depicted have had their likenesses targeted elsewhere. 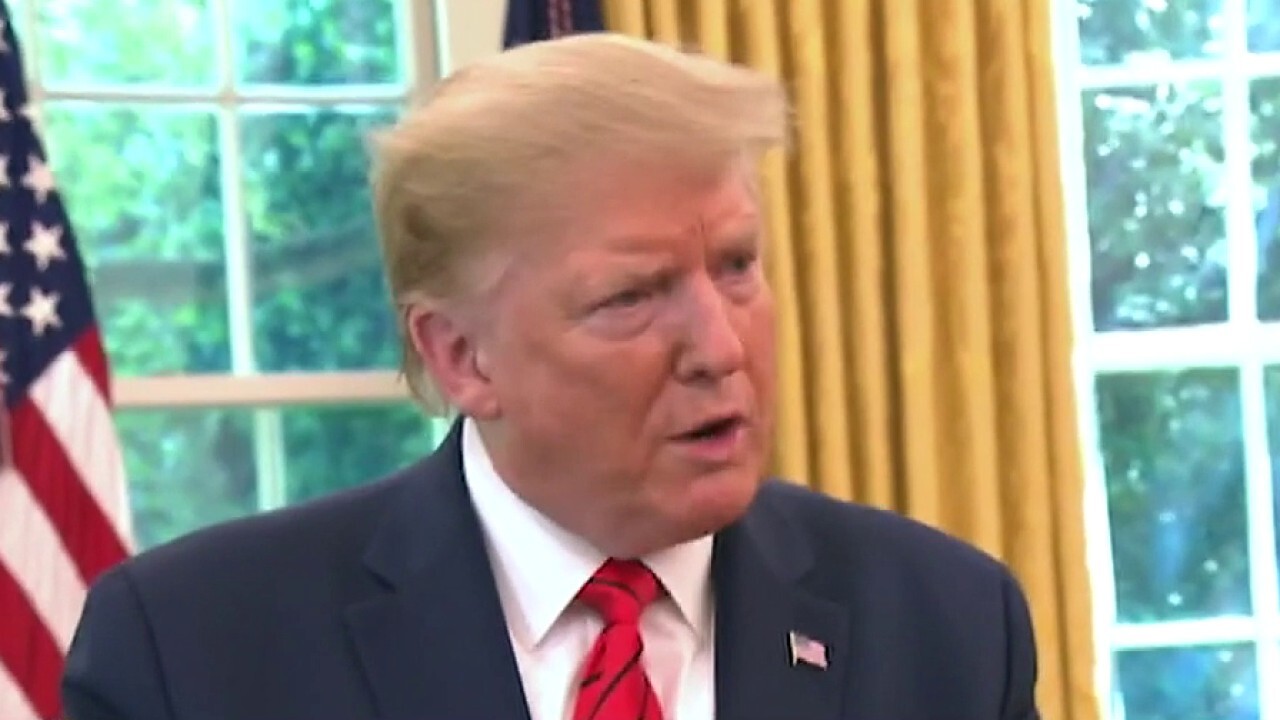 Groups began ripping down and defacing statues in the wake of the protests that emerged after the death of George Floyd in police custody. While those protests initially focused on racism and police brutality, it has escalated into a new phase.

“The more we focus on the flaws of these men that are on our mountain, the less likely we are to recognize the virtues and the lessons we can learn from their lives,” Noem said on Wednesday.

“We will make sure that Mount Rushmore stays as majestic as it is today,” she added.

Host Ainsley Earhardt asked Noem how she plans “on stopping it if it does go that far?”

“This is obviously a federal mountain, it is a national monument, it is something that we will partner with them and use the resources of the state to make sure that we have security measures in place,” Noem said in response, adding that she “won't get into specifics.”

She went on to say that there are actions that are being worked on and acknowledged that “this threat to the mountain could remain in place for quite some time.”

“We're prepared to be there and be diligent about protecting it,” Noem said.

President Trump on Tuesday warned that those involved in vandalizing statues could be jailed for up to 10 years. 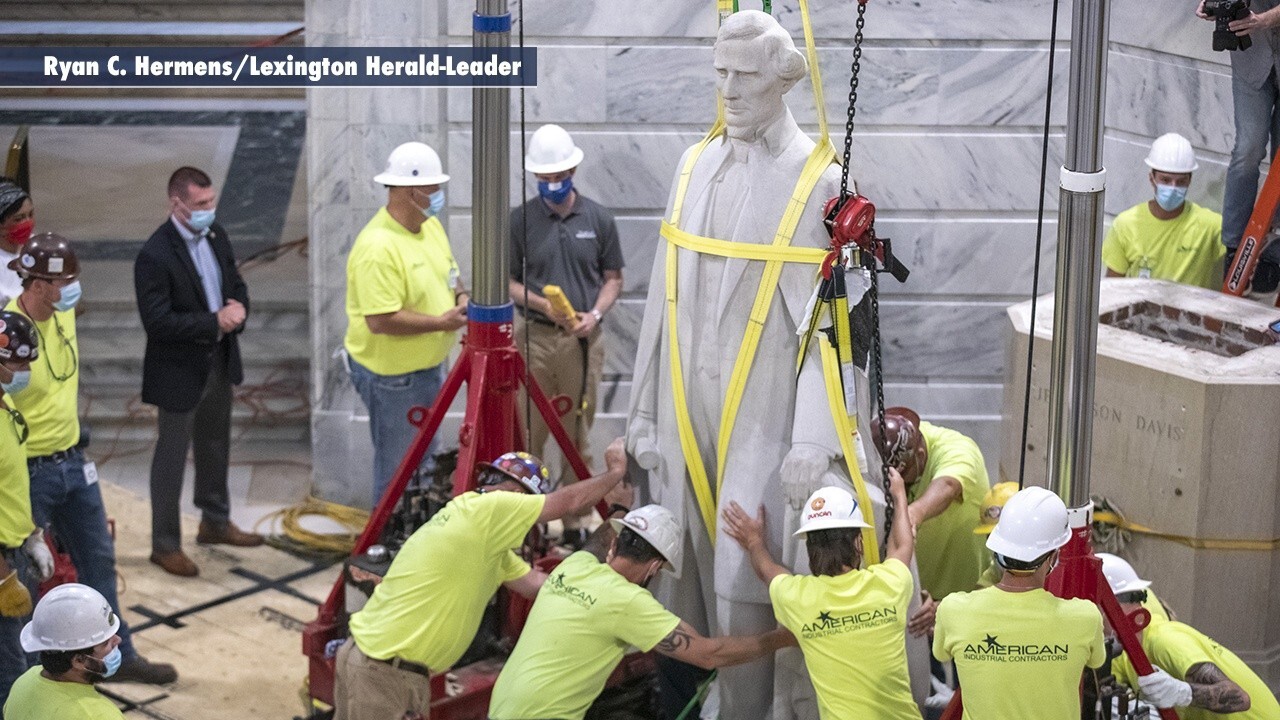 “I have authorized the Federal Government to arrest anyone who vandalizes or destroys any monument, statue or other such Federal property in the U.S. with up to 10 years in prison, per the Veteran’s Memorial Preservation Act, or such other laws that may be pertinent,” Trump tweeted. “This action is taken effective immediately, but may also be used retroactively for destruction or vandalism already caused.”

“This whole conversation has changed,” Noem noted on Wednesday. “It’s gone away from equality and it's a radical movement that's rewriting our history, that will take away all the lessons that we want to teach our kids and our grandkids.”

She said that George Washington “was a unifier.”

“He brought this country together to lead us at a time when we needed the birth of the nation to get started,” Noem said.

She pointed out that Thomas Jefferson “was an author of the Declaration of Independence,” which noted that all men are created equal.

“[Theodore] Roosevelt was the first man to dine with an African-American at the White House,” she continued.

Noem acknowledged that “these men have flaws” and that “every leader has flaws,” but added that “we're missing the opportunity we have in this discussion to talk about the virtues and what they brought to this country and the fact that this is a foundation that we're built on and the heritage we should be carrying forward.”