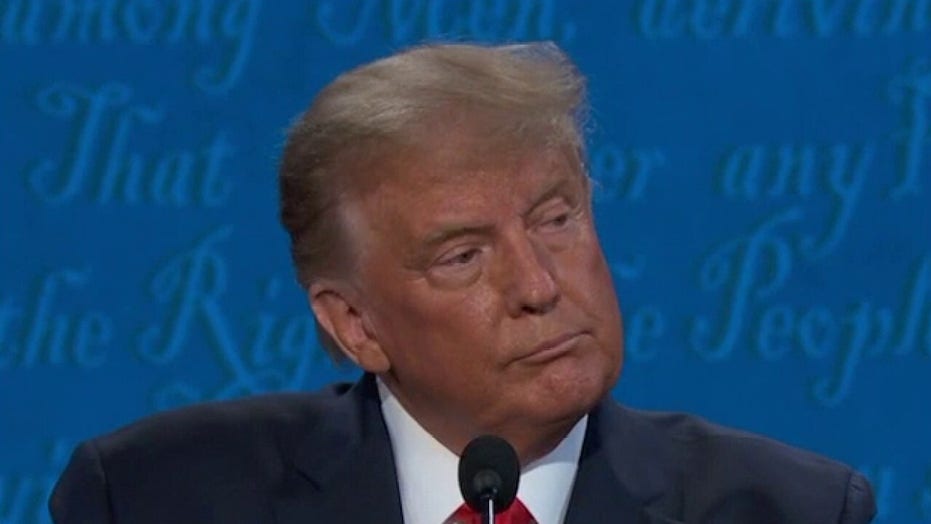 During the final presidential debate, Trump was grilled by moderator Kristen Welker about his rhetoric toward Black Lives Matter, which he previously described as a "symbol of hate," and was asked what he would say to people who say he "contributes" to the nation's "climate of racial hatred and strife."

"Well, you have to understand. The first time I've ever heard of Black Lives Matter, they were chanting 'Pigs in a blanket,' talking about police. 'Pigs,' talking about our police. 'Pigs in a blanket, fry'em like bacon.' I said that's a horrible thing and they were marching down the street," Trump explained. "And that was my first glimpse of Black Lives Matter. I thought it a terrible thing."

Trump was referring to footage from a 2015 demonstration in St. Paul, Minn., where marchers were seen holding a large Black Lives Matter banner and chanting "Pigs in a blanket, fry'em like bacon."

Reid offered an emotional fact-check, calling any attempt to tie the slogan to BLM a "lie," and insisting that a march she personally attended did not include the chant "Pigs in a blanket, fry'em like bacon," though she didn't specify if she was referring to that same 2015 St. Paul march.

"There is absolutely zero, none, zero evidence that Black Lives Matter has ever pushed for anything violent, pushed for anything violent to happen to police," Reid continued. "Black Lives Matter is about one thing: stop killing Black people just because you've pulled them over for a parking violation or a moving violation. Just stop killing Black people. They have never advocated for violence against police."

The "ReidOut" host went on to call Trump's remarks "stupid" as he continues his outreach toward Black voters.

"So this lie about Black Lives Matter has to end, it has to stop," Reid concluded.