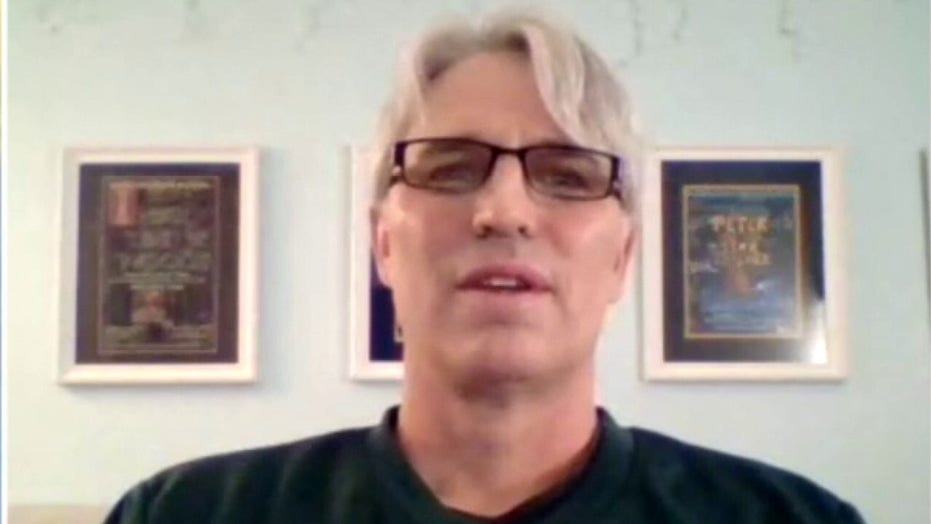 A man who went viral after calling out an MSNBC reporter and his crew live on air for not following COVID-19 health measures while placing blame on Wisconsin residents without masks said Thursday that he thought it was "odd" the media team was not following the rules.

"But, I had a sense that maybe this guy is, you know, out there to get a story: ‘Look at all these people who are not, you know, social distancing,'" Olson remembered. "And, I thought it was odd that he had a mask but...a couple [of] members of his crew didn't have masks."

As Perry began to point out that "no one" was wearing masks, Olson shot back: "Including the cameraman!"

"Half your crew’s not wearing them,” he accused.

Olson was holding up his phone filming the exchange, intending to post it to Facebook, "get a couple of likes, and that would be the end of the story."

"But, he turned the camera on me. So, at that point I was like, ‘Okay, you want to, you know, [if] you want to play that game, mask shame somebody, I'm going to, you know, call you out and your crew,'" he told Doocy. "And, they had been there before they started filming, you know, closer together [with] no social distancing. In fact, the cameraman was like face-to-face with the reporter. You know, breathing in his face."

But, that was not the "end of the story" by a longshot.

MSNBC's video of the exchange soon picked up traction online. President Trump’s son Don Jr. retweeted the clip that by Thursday morning had been seen more than 3.6 million times.

"Again, I didn't ask to be put on camera or anything like that," Olson asserted. "And, I walked away thinking, ‘Oh, they are going to edit and clean this up. I don't know who these guys are.’

"But, yeah. They were not practicing the same rules," he concluded.

On Wednesday, in the deadliest day thus far, 22 people succumbed to the virus since Tuesday last week, bringing the total death toll to 539.