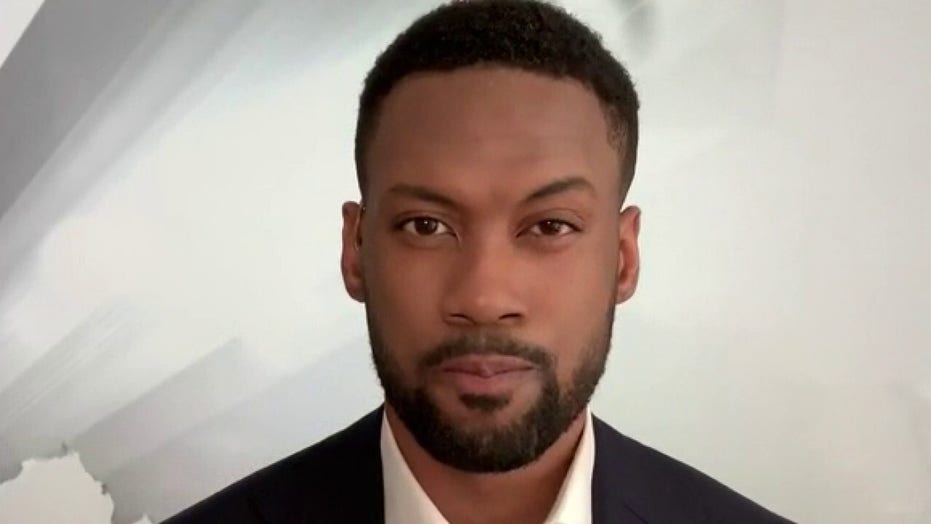 Lawrence Jones on the arrest of ex-cop Derek Chauvin

Fox News contributor Lawrence Jones joined "America's News HQ" Saturday to disucss the nationwide protests and riots following the death of George Floyd, saying the majority of the violence has been instigated by "professional paid protesters" with an agenda.

"Just by my experience of reporting on protests and being in the thick of Baltimore, Ferguson, that the bad actors were people that weren't from the area," Jones said. "This wasn't something that I just made up. It's just a matter of experience and being there on the ground.

"And as you know, the [Minneapolis] mayor and the [Minnesota] governor, after records are starting to come out, they told us that all the people that they arrested were people from out of state. That's what's going on right now. You have people that have their own agenda that are anarchists, that are part of Antifa, that are professional paid protesters.

"I know this because as I would go to city to city, I would see some of the same faces," Jones added. "These people's jobs are to agitate and to stir up hatred."

Protests took place across America Saturday in wake of the killing of Floyd, a black man, at the hands of a white Minneapolis police officer.

Jones called on Minnesota Gov. Tim Walz to "establish control" of the situation.

"There has to be a clear separation between the people that are exercising constitutionally protected protest and the anarchists, the people that are there on the ground that are from the community," Jones said. "This happened Wednesday, Thursday, Friday. This is Saturday night. And it seems to be that there is no control."

Jones called the relationship between lawmakers and community leaders "crucial," saying that there are legitimate protests who don't want their message overtaken.

"I mean, these are the main people that are here, are legitimate protesters that feel like there is injustice, and there is, going on in this country and they're speaking out against it," Jones said. "And they don't want that message to be clouded by people that are agitators and looters, that ... have their own agenda."