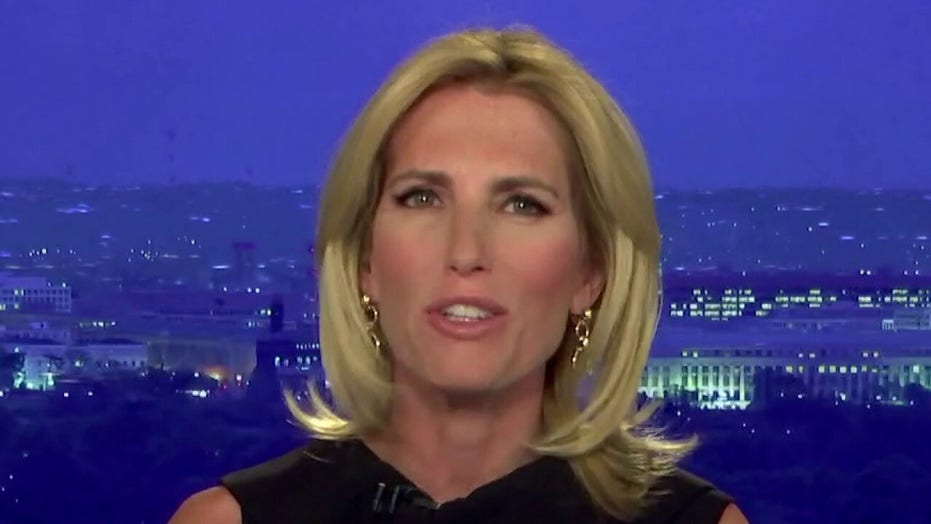 Ingraham: The madness of voting against yourself

If you vote for Joe Biden in November, what exactly will you be voting for? How will America change?

Laura Ingraham warned viewers Friday night that a Joe Biden victory in November will change America forever, and not for the better.

"The left will be emboldened and not chastened by a Biden win. Retribution will be a dividend for 'The Squad' in the Biden era. And it will just get worse," the "Ingraham Angle" host proclaimed.

"You think it [cancel culture] is all bad now, just wait until a Biden administration," Ingraham warned. "If anyone, including any company, does something the left doesn't like, they will come under DOJ scrutiny, and the Bill of Rights is not going to do much good for you. After all, that was written by old dead, white slaveholders. Movements like the Tea Party will be treated like movements for domestic terrorists. Black Lives Matter will be treated like heroes."

"If you take the Biden administration to court ... you will find that it has at least five justices in Washington to act as a rubber-stamp," she said, adding that Biden's administration would let federal laws they disagree with -- such as those dealing with immigration and drug enforcement -- go unenforced, while police departments will be similarly eviscerated and replaced with social workers.

"If the left gets control of the DOJ, the rioters will feel safe from prosecution almost anywhere," Ingraham went on. "In fact, they will know anyone who interferes with them will risk federal investigation. Biden won't have to order people to do much of anything -- like what, blow up Mount Rushmore? -- He just won't do anything to stop or punish the folks who try to."

"This isn't a storm, and it's not going to pass," the host concluded. "It is a vicious and well-funded movement to take away your power and your money and give them to people who want to crush you ... We have to teach the Democratic Party once and for all that attacking us and aligning with the radical socialist fringe is going to cost them dearly.

We can absolutely do this," she stated. "We have beaten the left many times before and we can do it again."