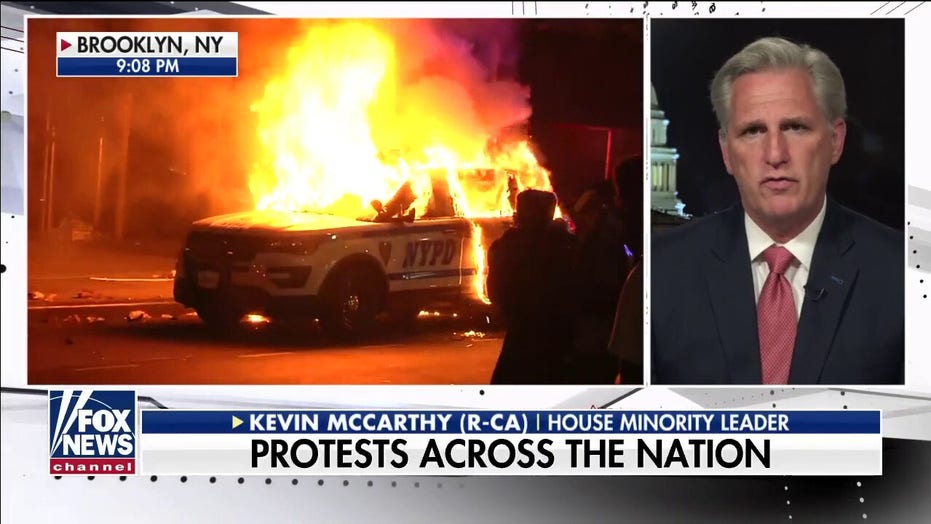 "It's very disturbing. This is not in the spirit of Martin Luther King or my colleague John Lewis, who I've marched with in Selma," McCarthy told "America's News HQ." "If we really want to be able to honor George Floyd in his memory, peaceful protests is a way to do it."

Protests and rioting erupted for a second night in cities nationwide Saturday evening, five days after the death of Floyd following his arrest by Minneapolis police.

"My view is that this is more than just George Floyd," McCarthy said. "This is [about] a young kid in Georgia [Ahmaud Arbery] who was shot on film and others. There's instances that weren't on film. This is an opportunity here to solve a problem, to work together.

"This nation has always believed in a more perfect union," he added. "This has been a very rough year. Today, I witnessed us going back to space in an American rocket, something we have not done in quite some time. I think we should find that opportunity that can unite us together, something very difficult and this seems difficult.

"But with respect for one another, with leadership from one another, with the idea and the spirit of Martin Luther King, of nonviolence, of what he was able to achieve and change an entire nation. I believe that is what we need at this moment in time."

McCarthy also told anchor Bill Hemmer that some Americans have stopped believing in the ideals espoused in the Declaration of Independence.