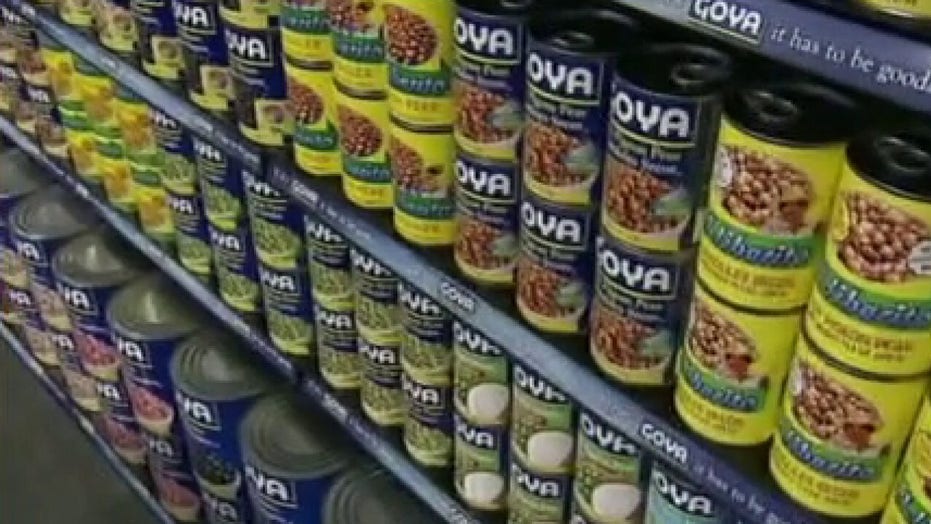 CEO Robert Unanue refuses to apologize as politicians, celebrities and social media call for boycott; reaction and analysis on 'The Five.'

"Their hatred for Trump trumps their love for the poor," Gutfeld said of the boycotters, noting Goya's longstanding and successful charitable endeavors.

"The Greg Gutfeld Show" host reserved his harshest criticism for “Hamilton” creator Lin-Manuel Miranda, who recently stated that the Broadway hit is “fair game” for criticism after some accused it of glorifying the lives of men who owned slaves.

"The best part about this story [is that] one of the boycotters is Lin-Manuel Miranda, whose play 'Hamilton' ... is now under fire for glorifying a slave holder," Gutfeld said. "So it shows you what happens when you're threatened by the mob. You either fight back or you roll over. Miranda, full fledged coward, rolled over and went after Goya Foods to save his own skin."

Gutfeld added that the only way for people to "punch back" against cancel culture is through a kind of "mutually assured destruction."

"Cancel culture works because it's one way," he explained. "People can cancel you ... but you can't cancel back because you don't know where they work. So we need ... full transparency, where all the cancelers, we find out where they work ... so we can contact their companies and their bosses and ask them, 'Hey, are you okay with your employee, Doris Johnson, trying to ruin a Hispanic-run company that feeds millions for free?'

"So we need a company devoted to outing all the cancelers, because people don't punch you if you can punch back."