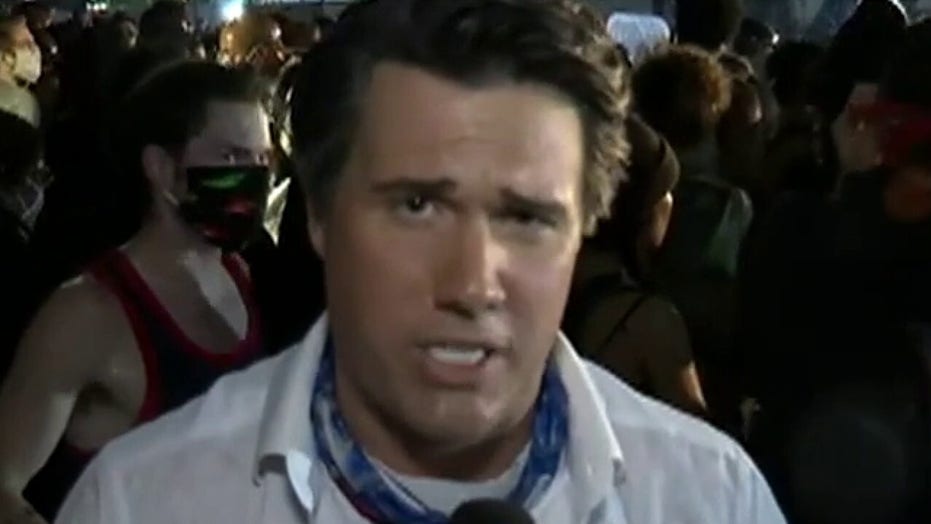 "It was the most scared I have been since being chased out of Tahrir Square by a group from the Muslim Brotherhood," veteran Fox News reporter Leland Vittert recollected Saturday afternoon.

In an interview on "Cavuto LIVE" with host Neil Cavuto, Vittert described how a crowd of angry protesters who had gathered outside the White House early Saturday morning -- incensed both by the death of George Floyd and nationwide racial injustice -- quickly turned on his crew. The harrowing scene was captured on video.

"When you go cover these protests you're expecting, perhaps, for there to be violence. Especially when [there are] going to be clashes with police, but this was different. We were really targeted," he remarked. "Our crew and I -- the crowd turned on us. It was clear that it was organized and then a mob descended on us [and] chased us out of Lafayette Park there."

Vittert recalled a mob of approximately 50 to 60 people who chased him out of the area, took and smashed Fox News cameras, took his microphone, and implemented physical force.

Finally, Vittert and his three crew members were able to find a police cruiser and call for reinforcements.

Vittert explained to Cavuto that a "tracker" had identified him via his Twitter image, and then spread the message that he was with Fox News.

"And as soon as we came on the air and I started talking, [a] big crowd came around [and] starting chanting: ‘F**k Fox News' and pushed me forward. And then, the crowd gathered massed and attacked us," he added.

A protester looks on at a burning building in Minneapolis, early Saturday, May 30, 2020, amid protests against the death of George Floyd in police custody on Memorial Day. (Khadejeh Nikouyeh/News &amp; Record via AP)

But, according to Vittert, these protesters were not looking to share any message -- instead, they broke down barricades in front of 1600 Pennsylvania Avenue, eventually targeting the Secret Service with firecrackers, bricks, and water bottles. The Secret Service retaliated a couple of times using pepper spray, but "showed incredible restraint" and took "abuse."

"It was something I never thought I would see at the White House," Vittert mused.

"At one or two points they brought out some pepper spray, but the protesters were really looking to pick a fight. And, that's the feeling I got," he concluded. "They weren't interested in being heard or protesting with a single unified message. They were interested in instigating violence and pushing the Secret Service towards arrests and starting to grab people, et cetera."

Fox News Media CEO Suzanne Scott praised the reporting of Vittert and Galdabini, as well as their colleagues Jonathan Serrie, Mike Tobin and Steve Harrigan, who all contributed from the field to Fox News' comprehensive coverage of the intense events unfolding around the country. Journalists should not face danger or harassment while reporting on the ongoing tensions, she said.

"We strongly condemn these actions against FOX News Media reporting teams as well as all other reporters from any media outlets who are simply trying to do their jobs and report the news during an extraordinary time in our country’s history," Scott said in a statement Saturday. "Yesterday, we denounced the detainment of the CNN crew in Minneapolis and stood with them to protect all journalists’ right to report without fear or favor."