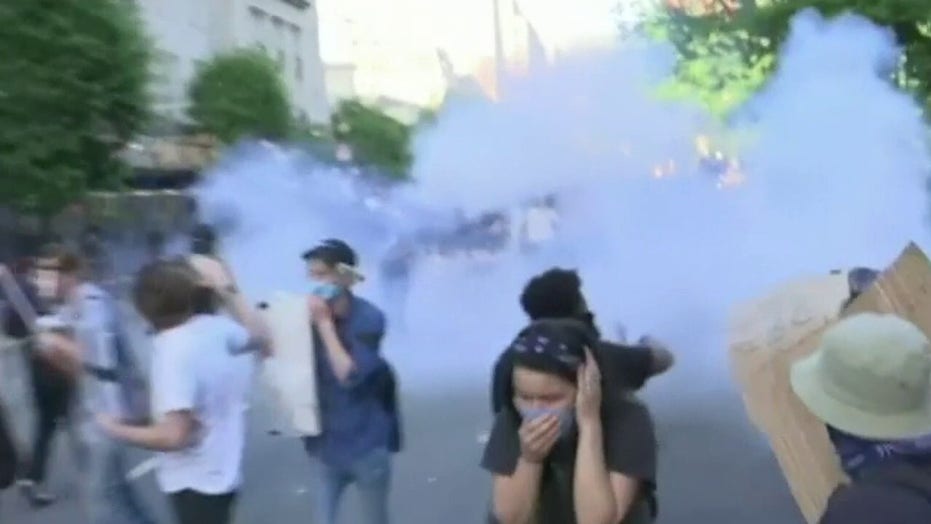 Rep. Doug Collins discusses why Schumer and Pelosi refuse to call out rioters and reacts to criticism of Trump's trip to St John's church

Rep. Doug Collins, R-Ga. and ranking member of the House Judiciary Committee, questioned Tuesday why Democratic leaders weren't calling out those who are rioting, looting, and shooting police officers in the George Floyd protests.

In an interview on "America's Newsroom" with host Ed Henry, Collins said he hoped the media would ask that question of them.

"Peaceful protests need to happen. That’s part of our culture. It’s part of who we are. And, change needs to happen. But, you cannot call out Antifa and these agitators and anarchists who are in the middle of these peaceful protests who have now made them into something that is very damaging?" he asked.

WHAT POWERS DOES THE PRESIDENT HAVE TO USE MILITARY TO QUELL DOMESTIC UNREST?

"You know what is damaging to our culture is when the people do not feel safe on the streets because [of] people who want to [use the] death of someone to actually just go in and steal something. That never should be allowed," Collins asserted. "Where is their outrage there instead of their rage [against] the president who they thoroughly dislike?"

Collins also told Henry that the media's reaction to President Trump's visit to St. John's Episcopal Church, which was damaged during violent protests on Sunday, and a photo of him holding a Holy Bible in front of the house of worship, did not surprise him. Vice President Joe Biden and Hillary Clinton were among the leading Democrats who slammed Trump's visit as a "photo op."

Other luminaries also did not like how the president's visit appeared. 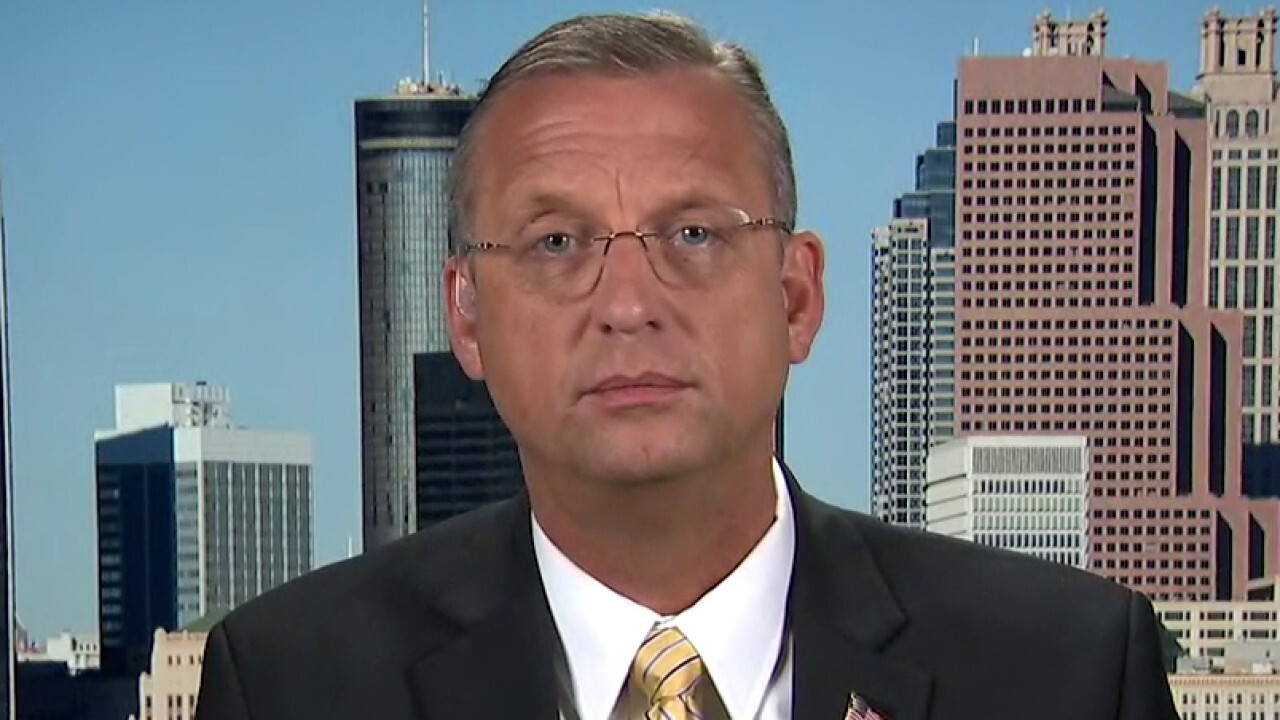 “Seeing President Trump stand in front of St. John’s Episcopal Church while holding a Bible in response to calls for racial justice — right after using military force to clear peaceful protesters out of the area — is one of the most flagrant misuses of religion I have ever seen,” Interfaith Alliance President Rabbi Jack Moline said in a statement. "This only underscores the president’s complete lack of compassion for Black Americans and the lethal consequences of racism.”

The Right Rev. Mariann Budde, bishop of the Episcopal Diocese of Washington, to which St. John’s belongs, said she was “outraged” by the moment and noted that Trump didn’t pray during his visit.

The Washington Post reported that the president had staged the setting and that he was "eager to show that the nation’s capital — and especially his own downtown swath of it — was under control."

"I think they seem more concerned that he actually had a Bible," Collins remarked. "A symbol of our faith seems to be more concerning to them than the actual issues that are going on in our country right now." 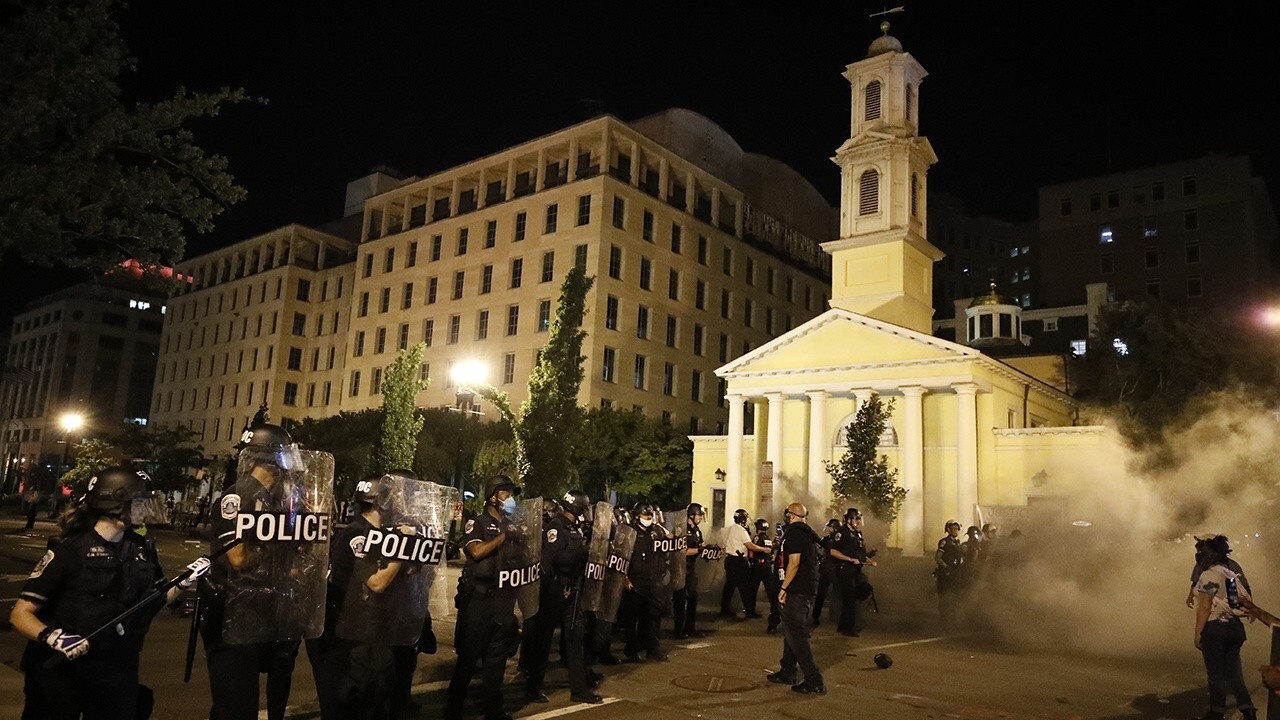 "If The Washington Post and our Democratic leadership would actually get together...let’s start talking about ideas that can actually help our communities – bring concern and love and communities together," he argued.

"We’ve done this before. Before we had our police working group, I went [all] over the country and talked about…ways we can bring our police departments and our communities together to understand this, [and] going forward how we can have better relations," Collins added.

"The Judiciary Committee ought to be working on this instead of what we’re doing on an elections bill tomorrow. We should actually be talking about something that matters."