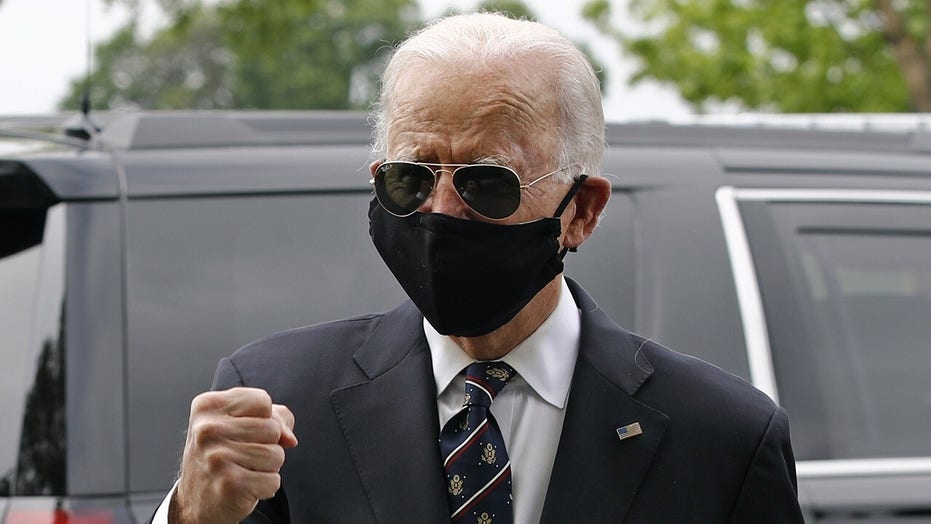 Biden calls Trump 'a fool' for not wearing a face mask

Fox News contributor Karl Rove weighs in on Biden and Trump campaigns amid the coronavirus pandemic.

CNN’s Dana Bash sat down with presumptive 2020 Democratic presidential nominee Joe Biden on Tuesday in an interview that has been condemned by critics on both sides of the aisle.

“Of course, Bash refused to ask about Tara Reade or the refusal from the University of Delaware to release any of Biden’s Senate papers that could provide the public more information on what was internally written at the time of Reade’s allegations. So much for journalism,” Houck added, noting that Bash instead focused on Trump “trying to belittle” Biden for wearing a mask in public.

While NewsBusters is a conservative organization, Bash was criticized from the left, too.

Mediaite’s Tommy Christopher is an outspoken liberal who even notes his political leanings and hatred of President Trump in his Twitter bio – but Christopher didn’t approve of Bash’s interview, either.

“The most infuriating, yet encouraging, parts of the interview were when Biden was not just asked extremely stupid questions, but was then pressed on those extremely stupid questions,” Christopher wrote. “The first of these was related to Trump’s mockery of Biden for wearing a mask in public on Memorial Day… there are a lot of ways for a journalist to approach this issue.”

Christopher then wrote that Bash could have noted that Trump’s comments contradict his own experts, or simply asked for a response and let Biden go to town.

“But Bash went with ‘He’s trying to belittle you for wearing a mask, making it seem like it’s a sign of weakness. Is it?’ Christopher noted.

“Now, some people might defend this by saying these journalists are just asking the question, maybe acting as stand-ins for a significant portion of their audience, which is, after all, their jobs. I would argue that when a significant portion of the audience wonders something so stupid, it becomes the journalist’s job to educate them, not play along,” he wrote, adding that he felt Biden properly answered the question.

The liberal Christopher wrote, “This is where the (extremely weak) audience surrogate excuse falls away, because Bash then asked Biden ‘So do you think wearing a mask projects strength or weakness?’”

Christopher wrote it would have been ideal if Biden found “a way to walk the fine line between illustrating the absurdity of the question being asked of him and attacking a reporter,” adding that Biden should have called it an “absurd question.”

The Mediaite columnist criticized other portions of the interview, too, but came away happy that Biden was able to get through it. He suggested that Biden should scold reporters who make similar mistakes in the future.

“Biden is handling these questions well, but journalists need to do better, and Biden should work on figuring out a way to make them pay a price for this normalization of idiocy and immorality,” Christopher wrote.