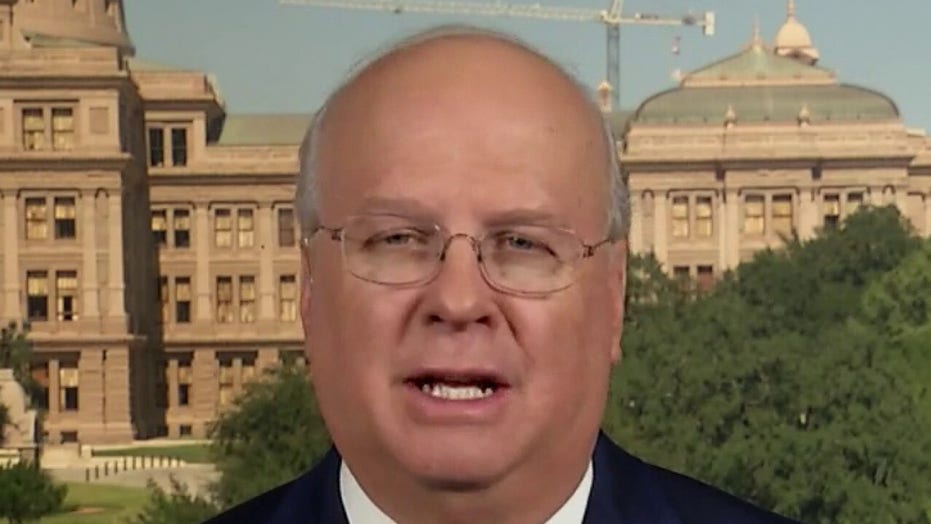 "I have to say, it was a one-sided deal. Savannah Guthrie went after the president and George Stephanopoulos was like my baseball coach when I was in the third grade," the former George W. Bush adviser told host Bill Hemmer. "He was tossing softballs."

The dueling town halls were scheduled for the exact same time after the second scheduled debate between Trump and Biden was canceled last week after the president balked at the decision to hold the town hall-style debate in a virtual format.

"I think we'd have been better off if they'd been on different nights so we could watch both of them rather than sort of toggling between the two of them," Rove said. "But yeah, they matter because they get a chance for people to see the president and the former vice president in more informal settings."

Rove went on to note that Stephanopoulos had "prodded" Biden into "admitting that he would announce where he was on the issue of court-packing before the election.

"Why he doesn't just come out and say one way or the other is beyond me," Rove added. "The excuse that he wants to see how the Republicans handle the confirmation of soon-to-be Justice [Amy Coney] Barrett is baloney."

Later in the segment, Rove speculated on three possible reasons for Biden's reticence on the topic.

"The most obvious one is, he doesn't want to say, 'I'm not going to pack the court,' and thereby upset the left of his party and suffer their outrage over the last couple weeks of the campaign. I think that is unlikely to happen ... I don't think he is going to lose left-wing voters ... if he says that.

"Another one might be that ... he'd rather keep this issue alive than be talking about other things ... or, finally, he may be looking for an excuse. He may want to come out and say, 'I'm in favor of it because of this egregious overreach by Republicans during the confirmation hearings.' The problem with that is, Judge Amy Coney Barrett's approval ratings are rising and the percentage of people who say she ought to be confirmed is rising.