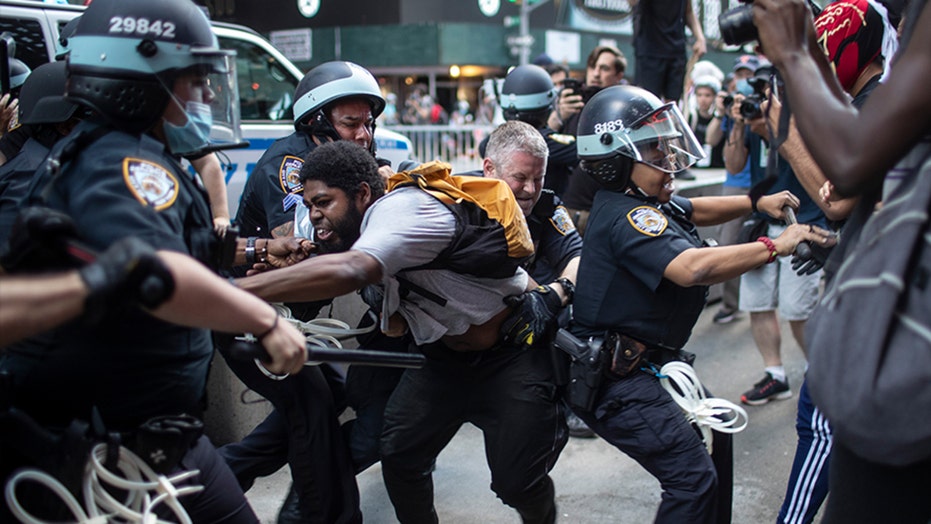 "I'd like to see the political leaders of these cities and these states get out there, deescalate some of the violence and some of the nastiness of the protesters," Kerik told Bill Hemmer on a special edition of "America's News HQ."

Kerik said he supported the legitimate protesters of Floyd's death and called out those committing crimes as "anarchists."

"I have no objection to protesting. I completely agree that George Floyd should not have been killed and I would I be out there protesting myself if I lived in Minneapolis," Kerik said. "But at the end of the day, many of these, most of these, they are not protests. They are anarchists. They are committing acts of extreme violence, arson, looting, threats against innocent civilians."

The former commissioner added that authorities have many options if they want to hold the "real instigators" responsible.

"Many of them, most of them, many of the real instigators, they're not from the cities they're in. So this is something, I hope, that local, state and federal authorities look at," Kerik said. "I know the attorney general has already talked about the the FBI and the Justice Department going after those that's crossing state lines to do this."

Kerik went on to say that those who intend to protest peacefully should "go out there, say what you have to say, go home, do it peacefully."

Kerik also offered a warning to parents of children who are taking part of the demonstrations.