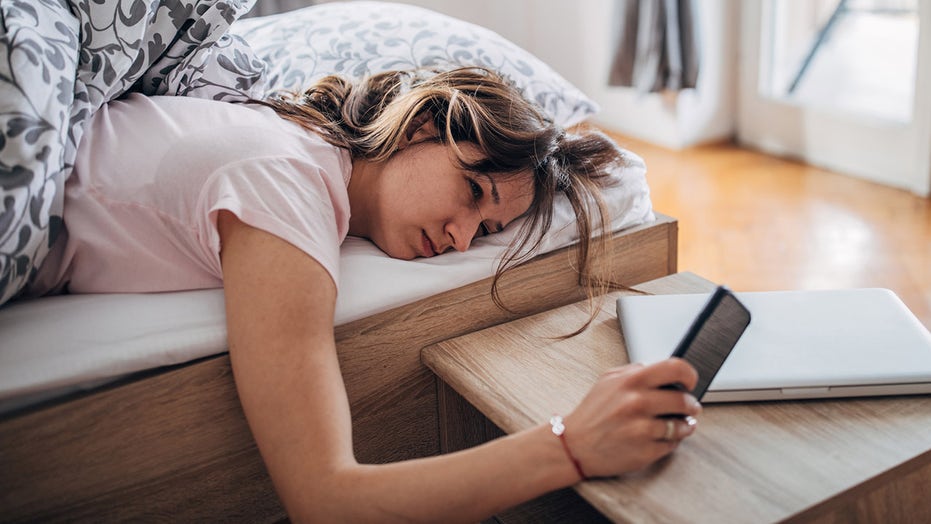 Dr. Qanta Ahmed: How to sleep better with coronavirus anxiety

Having trouble sleeping? Your sleeping problems might be coronavirus-related. Sleep specialist Dr. Qanta Ahmed offers tips on how to get a better night's rest.

A new survey focusing on America’s sleep patterns may shed some light on why we’re all so darn tired all the time.

Not surprisingly, the research revealed that most Americans believed they weren’t getting what they determined to be enough sleep, or enough deep sleep.

The survey — which, in the interest of full disclosure, was commissioned by a sleep supplement brand called RestoreZ — polled 2,000 Americans to come to these fairly obvious findings. But in addition to confirming that we could use some more shut-eye, the research revealed how we perceive ourselves to behave differently when we’re sleep-deprived.

Out of those surveyed, 47 percent believed their mood suffers when they hadn’t gotten enough sleep, while 44 percent believed they lack mental focus, South West News Service (SWNS) reported, citing the OnePoll survey. Around a third of respondents further claimed to lose motivation, and even perform worse at work, when tired.

A third of survey respondents claimed that a lack of sleep leads to poorer performance at work. (iStock)

And if you think grogginess doesn’t take its toll on your marriage, think again: 28 percent claimed their relationships were more stressed and/or strained when they weren’t sleeping well.

Most of the results line up with those described in previous studies, including one conducted by a Johns Hopkins sleep researcher on the effects of sleep deprivation, which documented detrimental effects on the brain (including depression, irritability and “fuzzy thinking”) as well as health (cravings for unhealthy foods, higher levels of obesity, less active immune system) and even safety (when operating a motor vehicle).

Lack of sleep has all kinds of repercussions, including detrimental effects on your memory, your health and even your safety. (iStock)

Studies cited by Harvard, too, suggest that insufficient sleep can be detrimental to health, productivity and even public safety.

“Sleep can, at times, seem like an expendable luxury,” said Orfeu M Buxton, PhD, with Harvard’s Division of Sleep Medicine, had previously said on the findings of similar research. “But animal and human studies showing changes to immune function, metabolic function, and many other aspects of physiology, suggest that sleep is actually crucial for long life, and quality of life.”

OnePoll’s survey found that Americans often seek out a variety of methods for getting better sleep, the most popular being herbal supplements, over-the-counter medication, prescription sleep aids or melatonin supplements, but experts, including the sleep researcher from Johns Hopkins, suggests a “doctor’s help” could be ideal.