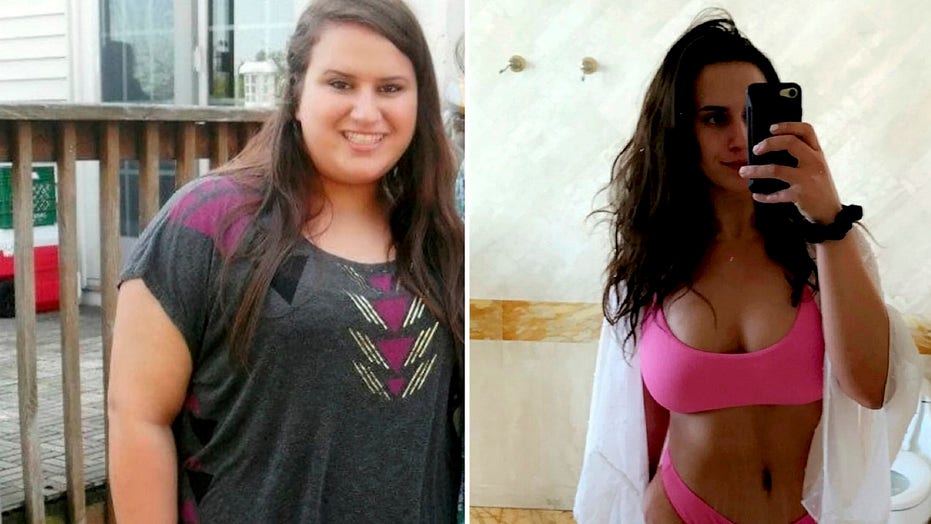 A young woman in New Jersey says she feels more confident and energetic after ditching an unhealthy lifestyle and dropping 150 pounds.

Around five years ago, Daniella Hoshia, a 26-year-old accountant from Hoboken, decided to make a New Year’s resolution — and stick to it — for the sake of her well-being.

“I was obese my whole life from when I was a kid,” Hoshia said, per South West News Service (SWNS.) “In college, I gained a lot of weight in a short amount of time.”

Around that time, a doctor told Hoshia that her cholesterol levels could soon be problematic. What’s more, she was pre-diabetic.

“I went to the doctor and was told it’s not about my appearance anymore, but my health,” she said.

“I was obese my whole life from when I was a kid,” Danielle Hoshia said. “In college, I gained a lot of weight in a short amount of time.” (SWNS)

Another turning point? Hoshia says that at her heaviest — around 295 pounds — she was having trouble finding an ordinary chair that could accommodate her.

Finally feeling that “enough was enough,” Hoshia decided to take action. She downloaded a couple of different fitness apps to get herself started, including one which helped keep track of her caloric intake.

“I pretty much ate the same things I was already eating, just much less,” said Hoshia, who explained that she would often visit the dining hall at her college and eat three breakfasts in one sitting.

“Now, I limit myself to two high-calorie meals and do intermittent fasting. I like to eat a lot, so I have breakfast and dinner and fast from around 8 a.m. to 6 p.m.”

“I was super insecure prior to losing weight and really just kept to myself," Hoshia claimed.

Little by little, Hoshia also began to incorporate exercise and strength training. Months later, she felt strong enough to complete a 5-kilometer run — followed by an 8K, a 10K and finally a half-marathon.

Now weighing 135 pounds, Hoshia says she’s stronger and more outgoing than ever — and she claims she’s no longer the “super insecure” person she used to be. But she was also always kind to herself along the journey, which undoubtedly helped her achieve her goals.

“In the beginning, I physically couldn’t do anything. I started out slow,” she said. “I knew I’d have to be easy on myself.”